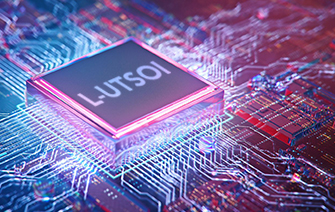 L-UTSOI, a “compact model” dedicated to FD-SOI technologies and developed by CEA-Leti, has been selected as a standard model by the Compact Model Coalition (CMC), a working group consisting of major semiconductor companies and part of the Silicon Integration Initiative (Si2).

“As a member-driven organisation, the CMC strives to provide value for its members and the semiconductor supply chain,” said Peter Lee, CMC chair. “With 15 models now available, CMC members have a distinct competitive advantage with early access to new features and bug fixes, and an 18-month lead on standard models released to the public. Adding L-UTSOI to the mix of models was a direct response to our customer request for model support as we continue to add value to their membership.”

L-UTSOI’s standardisation will ensure long-term access and maintenance in EDA tools for FD-SOI designers. Available to coalition members now, it will soon be implemented in major versions of circuit-simulation software, and its source code will be released publicly in June 2021.

“This is of paramount importance for large chip makers who will use this model in the future,” he said. “With a standard model, they are assured that a team of model developers is able to take care of the model improvements and/or bug fixes they need during the whole lifetime of their technology. It also positions CEA-Leti among the few compact-model developer teams able to develop and support a standard model,” said Thierry Poiroux, head of CEA-Leti’s Simulation and Compact Model Laboratory.

Once a new or enhanced chip is designed, it must be simulated prior to entering the expensive manufacturing phase. This proof-of-concept step relies on compact models that are expressed through a set of equations implemented in a form ensuring accuracy, robustness and numerical efficiency. Such compact models are approved and supported by the standard-setting arm of Si2, the CMC, which is an international working group focused on standardising SPICE device models.

Standard models are developed by the world’s leading SPICE–model experts. They are used by designers working at themost advanced fabless semiconductor companies, integrated circuit foundries, and integrated device manufacturers. Implemented in the industry’s top versions of circuit-simulation software and duly qualified, standard models give designers the assurance that their integrated circuits will perform according to the design specifications.

Fully Depleted Silicon-on-Insulator (FD-SOI), which was pioneered by CEA-Leti in 1992, is a widely used approach to semiconductor manufacturing in which microelectronic devices are built on wafers coated with a silicon thin film over an insulating buried-silicon-oxide layer. An FD-SOI transistor is a four-pin transistor with a back-gate that allows tuning the device in a low- leakage and low-power operating regime or higher-performance operating regime. This unique capability offered by FD-SOI technology allows the fabrication of smaller, faster and denser chips than standard complementary metal-oxide semiconductor (CMOS) technology. FD-SOI devices are widely used in wearable electronics, automobiles, as well as Internet of Things networks.

L-UTSOI is derived from the Leti-UTSOI compact model, which has been implemented in circuit-simulation software and used in industrial process design-kits for several years.