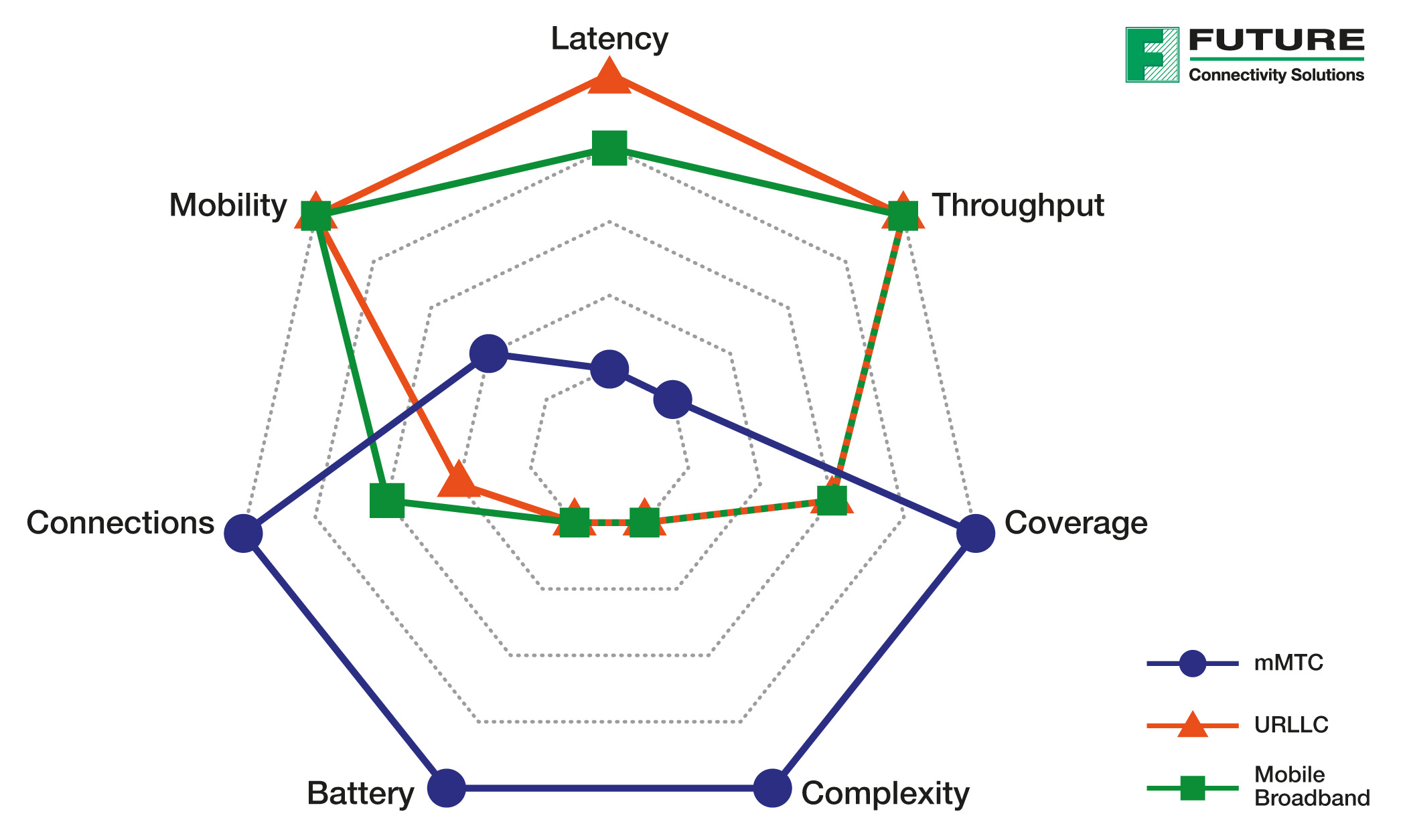 The mobile phone networking (cellular communications) industry likes to give the impression that its technology advances in a series of occasional but massive leaps. This is reflected in the terminology it uses: moving from 2G to 3G, to 4G, and now to 5G, it conceives of each stage as a new “generation”. This could be taken to imply that each iteration of the mobile phone network is completely new and, with its birth, the previous generation is put to rest.

This works well as marketing, allowing the industry to build great excitement around each new generation – excitement which drives sales of replacement handsets and the infrastructure required to support them. But, how helpful is it to developers of IoT equipment that needs to connect to the cloud via a cellular network? And how much does the launch of the next generation of 5G equipment affect embedded device manufacturers, who are in many cases using 2G, 3G or 4G networks to connect their products to the Internet?

There is no doubt that the introduction of 5G technology has serious implications for makers of IoT devices: 5G technology was developed in part precisely to enable the vision of pervasive networking. In the smart city, for instance, technology architects are forecasting the provision of dense concentrations of billions of IoT devices served by thousands of micro basestations. It is 5G technology that enables hundreds of thousands of devices to gain Internet access via the same shared basestations. So smart-city technology, in which every lamppost, traffic light, advertising display panel, bus- or tram-stop and electric-vehicle charging station has its own Internet connection, is a natural use case for 5G. For IoT device makers, this vision for mass deployment of cloud connectivity will be shaping product development programmes.

However, let us not be deceived by the marketing ploys of the mobile phone industry: cellular networking technology does not, in fact, move in huge generational leaps, but in a series of smaller steps, gradually introducing new capabilities and features, proving and refining them, and then embedding them in future iterations. So, for instance, complex antenna designs, known as Multiple In, Multiple Out (MIMO) arrays, are a feature of the latest iterations of Long Term Evolution (LTE) 4G networks, but will come into their own when deployed in 5G infrastructure.

For IoT-device designers, the huge change that matters most is not the step from 4G to 5G, but a step that has already happened: the split at the 4G node between mobile broadband and mobile narrowband networking, as shown in Figure 1.

Figure 1: The most important development in cellular networking was the introduction of narrowband technologies

As the diagram shows, there is an abrupt fork at the 4G node: here, it was no longer feasible for machines with low power requirements and carrying low volumes of data traffic to share the same network systems as consumer handsets, which require mobile broadband capability and which have a large battery capacity.

Figure 1 also shows that 5G narrowband network technology is a natural development of previous narrowband systems, such as Cat-M1 and NB-IoT.

So how can IoT-device designers evolve their products to take advantage of 5G capabilities? In fact, 5G is starting to be deployed in major cities around the globe already. The architecture of 5G networking provides for three main categories of user (Figure 2):

Figure 2: Applications for the three main flavours of 5G technology

For devices connected today via a cellular Low-Power Wide-Area Networking (LPWAN) technology, such as CATM or NB2, it is the mMTC element of 5G networks that will provide the low-power operation and reliable connectivity they require.

And, already features of the new 5G technology are being introduced into components for embedded products. New RF ICs were available at the start of 2020, which offered improved connectivity and lower power consumption thanks to their implementation of new features: Power Saving Mode (PSM) and extended Discontinued Reception (eDRX) – core elements of the 5G mMTC specification.

Of course, the flavour of 5G technology adopted in an embedded device depends entirely on its application. Choosing the right 5G technology for IoT systems should take into account seven important criteria shown in Figure 3.

Figure 3: The three flavours of 5G technology have contrasting and complementary characteristics

As this diagram shows, mMTC scores highly for battery life and connection density, but is optimised for fixed placement, as it scores low on mobility. IoT devices which perform mobile asset tracking, for instance, will often be better served by a different 5G technology such as uRLLC, whilst accepting a trade-off in terms of power consumption.

Roadmap for suppliers of 5G components

Cellular networking is a dynamic commercial and technical environment; nevertheless, for embedded device manufacturers, there is a clear pathway extending the narrowband and low-power capabilities of 4G into the 5G era. At the same time, the industrial market will benefit from the uRLLC and mMTC flavours of 5G, to allow for new connectivity applications in factory automation and Industry 4.0. At the same time, the low-power features of 5G modems will provide for longer battery lifetimes and faster connection and disconnection to and from the network, allowing devices to wake up and transmit information, then quickly disconnect and return to sleep mode.

From the component suppliers’ perspective, the short-term picture of network coverage is somewhat unclear, so they have adopted a strategy of developing combination modems that support CATM, NB and 2G fallback, to minimise the development risk for projects coming to market in the near future. But, 5G networks and the 5G ecosystem will grow fast over the coming years, for both IoT and mobile broadband applications, and embedded developers should be ready to take advantage immediately.

Future Electronics can support developers in their evolution toward 5G. It does so today by providing 5G-ready LPWAN products and modules from manufacturers such as Gemalto (part of the Thales Group), Fibocom, Murata and Renesas. It also supports customers in the transition to 5G by offering expert technical advice from its Future Connectivity Solutions specialists and from its connectivity Centre of Excellence based in Paris, France.