Thermal simulation of electronics operating in a rugged or hostile environment 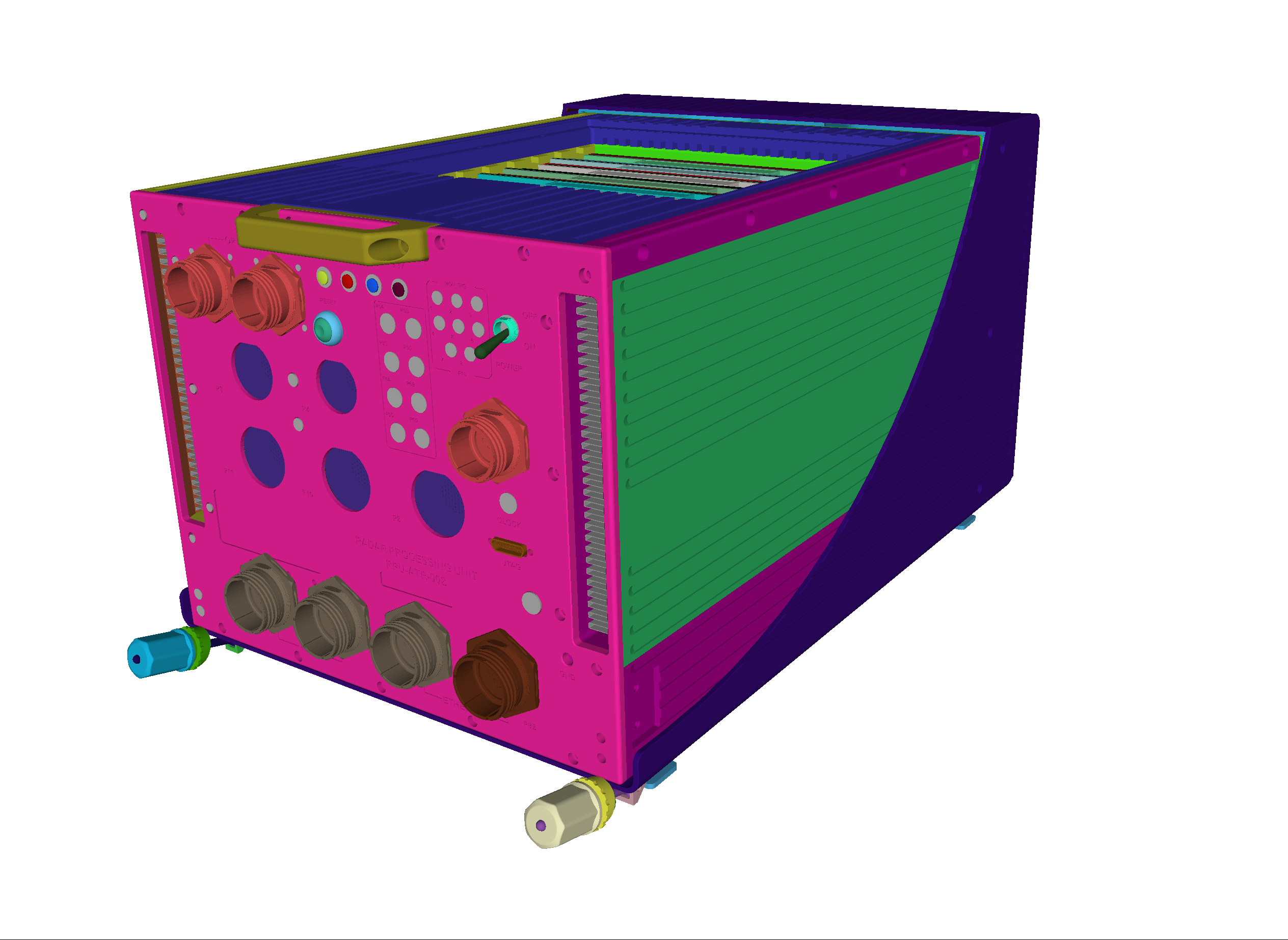 Sadly, not all electronic equipment will end up in the hands of a careful consumer or a cooled, controlled environment of a data centre. Many devices are hence designed to operate in the harshest of environments: under scorching sun, in highly pressured environments such as avionics, or even in the cold vacuum of space. There the environment often dictates how device should be cooled and forces engineers to make design choices they might ordinarily avoid.

In an ideal world, high-power components would sit in a large enclosure with fans keeping a suitable temperature. However, this often isn’t possible in rugged environments. In a desert, for example, fans would likely draw in sand and dust that could damage the device. To avoid this, filters are needed, which then require maintenance or exchange to avoid blockage and device failure. This makes the device overcomplicated and not fit for purpose.

Another example are devices used in satellites, which can’t rely on the same cooling methods as on earth, since they operate in no air. They must rely on different solutions, such as heat pipes, to conduct heat away to external radiators whilst also being lightweight and robust.

To complicate things further, complete reliability is almost always necessary for devices operating in harsh environments. In the aerospace and defence sectors, where some of the most extreme environments are to be found, product failures can have catastrophic consequences. Loss of life is a very real concern here, compared to loss of market share associated with a consumer device failure, for example.

These challenges aren’t just limited to product design but testing too. For many consumer products, design engineers rely on multiple physical prototypes to test the reliability and thermal optimisation of their designs. When designing for rugged environments, accurately replicating those harsh conditions are a must. Whereas it’s one thing to replicate a component’s operation inside a laptop, it’s entirely different to accurately replicate the conditions of a desert sandstorm or outer space. Often, recreating these environments means working with complex and costly environmental chambers, usually conducted offsite by a third party. In many cases, dozens or even hundreds of prototypes would have to be produced and tested to ensure total reliability and safety. It’s here that thermal simulation becomes important. Rather than producing endless physical prototypes, designers can use simulation software to precisely replicate a huge array of different harsh environments. This includes the ability to automatically model physics, such as altitude corrections, heat radiation and multi-fluids (e.g. liquid cooling), as well as dramatic changes in temperature or gravity. By virtually simulating such parameters, designers can run tests and make subtle tweaks to their products without having to develop multiple costly prototypes.

Faced with these tough design considerations, there are five main things to consider when modelling equipment designed for a rugged or hostile environment:

Different paints and finishes can have significant impact on the heat and solar radiation properties of individual surfaces. A solar shield, for example, would benefit from a coat of white paint on its outer surface to reflect solar radiation. CFD modelling can be useful in understanding the effect on component temperatures on the finished device.

In 6igmaET, begin by importing a full detail CAD model in STEP or IGES format, and assign materials to each part using common materials from the 6SigmaET library or new material created from a data sheet. Next, select an object for which you wish to consider individual surface finishes and add all the faces. Finally, select the painted face and assign a different material with representative heat and solar radiation properties.

For devices operating in the sun, solar radiation can add a significant amount of additional heat. In 6SigmaET the built-in solar intensity calculator can help select worst-case values to simulate. For a chosen location and time frame (typically around midday), the software provides a table of calculated solar intensities from which an engineer can choose a value and direction to consider.

At the same time as adding solar radiation, it might also be necessary to increase the ambient temperature.

In space, without the luxury of air to keep things cool, heat is typically removed from a device or component and transferred on to a radiator using pipes. Heat pipes are commonly modelled as solids with a material with a high thermal conductivity corresponding to the effective conductivity of the heat pipe. To model vacuum conditions in 6SigmaET, the first thing to do is to switch to a ‘temperature only’ solution. There is no point solving flow equations for air that doesn’t exist. Next, set the thermal conductivity of air to zero, since it still exists in the model, even though its movement is not being modelled. Finally, check you have heat radiation activated and then you are ready to solve.

Aerospace applications often require electronics to be housed in sealed enclosures, with potting employed to protect against shock and vibration. Heat from components is conducted through the potting material to the enclosure, which is then cooled either by forced or natural convection. In case of forced convection, multiple sealed enclosures often sit in a larger enclosure fitted with fans to provide airflow. This ‘double skin’ configuration can be modelled as multiple sub-chassis sitting in a larger outer chassis.

Potting can be modelled in 6SigmaET using the ‘gap pad’ object that is added to fill the space between PCB and enclosure. The ‘gap pad’ is “intelligent” in that it “knows” to be overwritten by the components. A material is assigned corresponding to the potting material used.

Some equipment may be subject to environments that change significantly in short time. Aerospace electronics could in a moment be situated on the ground with ambient temperature of 20degC and within minutes lifted to an altitude where ambient temperature is below -50degC. This can be modelled in 6SigmaET by specifying temperature vs time curves in an environment.

Simulation is a Must

Designing devices for the harshest environments can be difficult and often testing, and verifying a finished prototype can be just as hard. Replicating extreme conditions requires specialists that a company may not have in house. Outsourcing testing can add significant costs to the already expensive process of prototyping; any design deficiencies found at this stage will require a costly redesign and more prototyping.

By using thermal simulation, an engineer can test a device in different environments and investigate solutions to its thermal issues. Simulation-centric design reduces the number of protypes to build, as well as the amount of testing required. In sectors where the need for reliability and performance is the highest, thermal simulation is integral to completing projects efficiently, accurately and safely.