Q&A with Scott Nelson, Chief Product Officer at Digi International, who discusses the progress of IoT in 2019 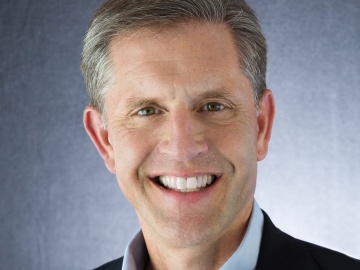 A:        Predictions about the Internet of Things (IoT) are typically speculations about where and how it will apply. Technology discussions often focus on the abstractions of voice activation, Artificial Intelligence (AI), machine learning (ML), self-driving vehicles and, of course, ubiquitous wireless connectivity of 50 billion “things”.

But 2019 has seen IoT trends begin to move from the abstract to the physical and, as we approach the second half of the year, that will continue. Companies have completed their proofs of concept (POCs) and thinking experiments. They are now moving aggressively to deployment because the economic returns and customer engagement are no longer speculative. But the IoT is physical, it is the digitisation of the physical world. Virtualisation of business infrastructure is still an important part of the IoT stack, but it is not an outcome as it was with the cloud.

A:        Perhaps the best example of the maturation of the IoT and the move to deployment was Microsoft Azure’s announcement of IoT Plug-and-Play service – an open modelling language that connects devices seamlessly to the cloud. Plug and Play is open and thus offers the kind of foundational interoperability that any broad technology deployment requires. Microsoft has confirmed that the IoT ecosystem has moved beyond engineering proof of value experiments to developer-free integration that will provide insights from data. To date, the Azure Plug and Play marketplace already has over 1000 certified devices.

Q:        What changes is scaled IoT deployment bringing this year?

A:        The proliferation of edge computing capabilities has made machine learning (ML) table stakes for IoT applications. ML can make applications and devices smarter while maintaining controllability and functionality. We will continue to see more and more manufacturers release products that “learn” from data and optimise performance per algorithmic, e.g. digital twin, models.

True AI, meanwhile, still scares IoT developers due to its non-deterministic nature and the uncertainty it can create in the physical world, i.e. outside the cloud environment of big data. True AI, in this context, is defined as machines allowed to learn not just from experience but also from experimentation. As such, AI-enabled systems can search parameter space for unforeseen advantages, but in doing so will enter the non-deterministic and sometimes unfortunate space of learning from mistakes. Most IoT system engineers still are not comfortable with the use of AI and that likely won’t change in the near term.

A view of AI applied to data from economists Ajay Agrawal, Joshua Gans and Avi Goldfarb provides a method for leveraging AI in the form of “Prediction Machines” (also the title of their 2018 book). “Prediction”, as Agrawal says, “is the process of filing in missing information. Prediction takes data and uses it to generate information you don’t have.” This simplified approach to applying AI will allow developers to constrain uncertainty and capture insights. Look for companies to begin converting their operational problems to one of prediction and judgement thereby starting the journey to applying AI to the IoT.

Q:        IoT is also closely linked to the evolution of smart cities; what developments in smart cities are we going to see this year?

A:        As urban centres densify, Smart Cities are beginning to turn their focus from incremental IoT-based efficiencies to taking big swings at improving the quality of life. A first example will be fighting congestion and serving an on-demand lifestyle by making transit options smarter and more user friendly.

The initial excitement of self-driving cars continuing the Uberisation of urban transit has stalled with the reality of safety and socio-political concerns. “Safety” because each vehicle will have to navigate the constantly changing human obstacle gauntlet, and “socio-political” because of the impact on urban transit workers as well as the affordability of such transportation for all demographics. However, much of the same technology is advancing existing mass transit and congestion management systems. Improvements in these more mature systems can easily be measured, so look for aggressive deployment of IoT technology for both transit and urban traffic management.

Q: IoT has also been promised to improve healthcare….

The result: healthcare is heading home. Data from patients’ daily lives, particularly when they are engaged in treatment or therapy, has become a focus of both payers and providers. Since patients spend most of their time outside the clinic, the systems and devices that gather patient data are increasingly following patients home. As connected medical device systems move from device monitoring, e.g. electro-cardiac devices, to patient monitoring, e.g. Apple Watch and Fitbit, providers will get the opportunity to help patients change their behaviour to assist in their treatments and therapies. Look for new home-based therapy announcements for the big chronic diseases – diabetes, heart disease, cardiovascular, etc.

A:              I first heard about IoT retrofit in 2013 from an Intel VP who noted “85% of all industrial equipment is not connected today and will not turnover (i.e. be replaced) for over a decade. IoT is a retrofit market”. The US alone has millions of feed and fuel tanks, HVAC chillers, elevators, generators and pivot irrigation systems all with product life cycles ranging from 15 to 30 years and all of which their manufacturers want to add connected services to better serve customer needs. Scale in the IoT is not limited to new, consumer offerings. This year, we will see manufacturers of highly reliable equipment look to their installed base and their technology design partners, like our Digi Wireless Design Services group, for the opportunity retrofit digital services.

The rubber is hitting the road for IoT in 2019. We will see companies begin rapid deployment and in so doing will activate new features in systems that were fortunate enough to have excess edge compute. Exploration is over and construction will now commence. Welcome to the age of IoT deployment!