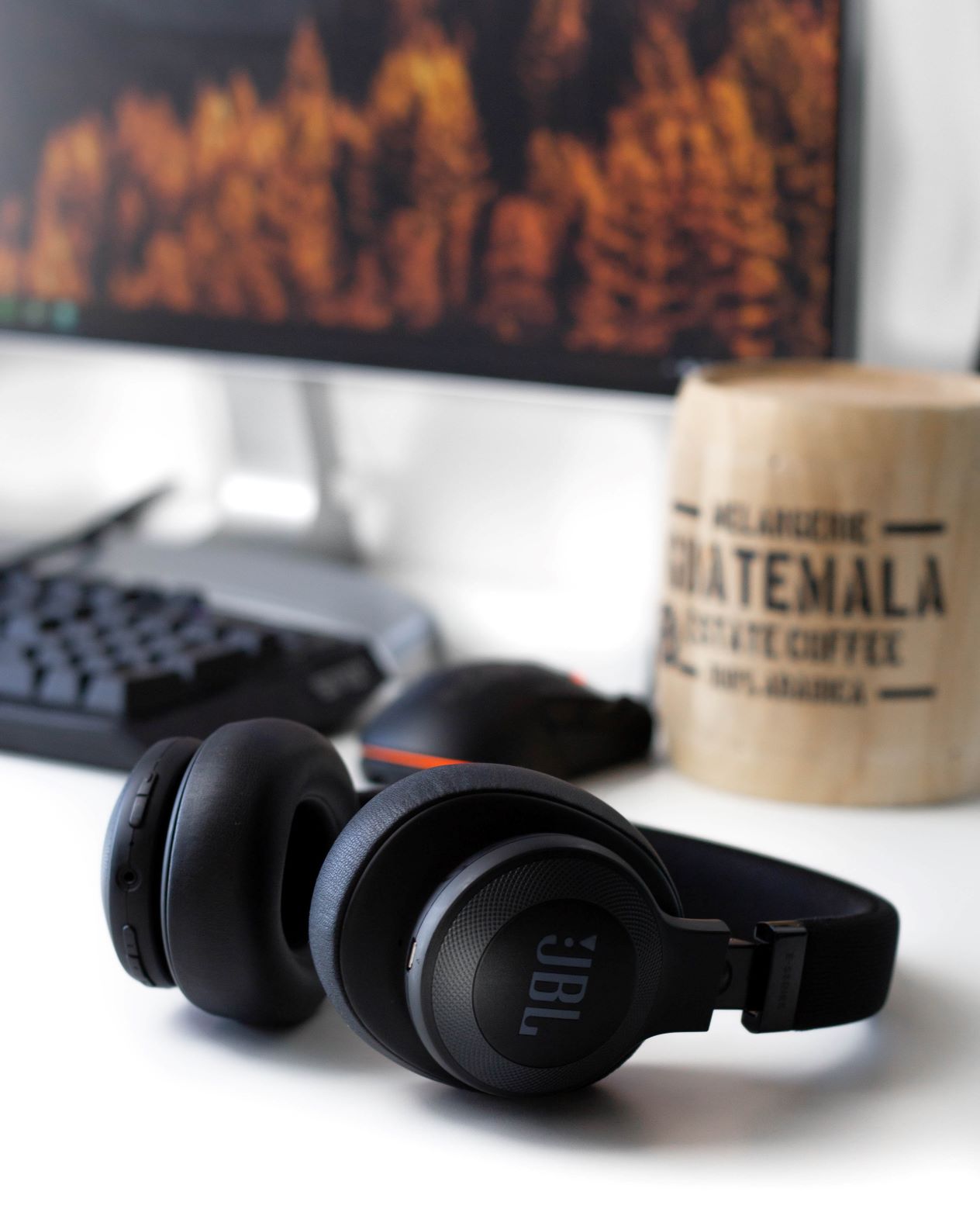 Wireless technology has been very popular with consumers for many years; when we talk of “wireless technology” we immediately think of radio, cordless phones, audio equipment, household and personal care appliances, among other everyday products. Smart devices and home networking have advanced wireless connectivity even further, enabling ease of use and utility for many systems. However, wireless networking is one thing, wireless power quite another, and this technology lags behind in consumer awareness and adoption.

Wireless power technologies charge devices without plugs, which means there’s no need for wires and cables running throughout a house or through walls, floors or ceilings. Unlike magnetic induction (“Qi”) charging pads that require direct contact with a phone, long-range wireless power has taken the next step in this evolution, promising to charge smartphones and small devices from several meters away. Smart home appliances, such as Google Home and Amazon Echo smart speakers, or smart locks and light fixtures, could be powered without being close to power outlets. Wireless power will also end the rule of batteries, which require constant recharging or replacing.

At the heart of any wireless power technology is the electromagnetic (EM) frequency spectrum. Technologists have focused on just two EM bands so far: radio frequency (RF) and infrared (IR), where we’ve seen the most innovative leaps and the potential for wireless power commercialisation.

The range of 100GHz to 10THz, or between the RF and IR bands, has produced the fewest breakthroughs. Commonly referred to as “the THz gap”, we have little knowledge on the impact this frequency range has on human health.

Outside the RF and IR bands, visible light and ultra-violet (UV) are not viable options for wireless power.

Understanding power need and deliverability are the two most important aspects when considering wireless power.

All devices have considerably differing power requirements; see some examples in Table 1. Much of the current focus of wireless power innovations is on devices that require 10mW to 5W. Those below 10mW can use battery power quite conveniently without constraints to performance and usability; those above the 5W threshold, however, require too much power for current wireless power technologies.

Beyond the question of how much power is required, an important consideration is where the device will be charged and, more specifically, how far from the power source. Today, with Qi charging, we essentially look at charging on a pad, within the immediate proximity of a power source. More useful would be charging at desk-sized distances, for, say, an office worker, who can charge a phone and computer peripherals whilst working at a desk.

Room-sized charging provides even greater convenience: phones could be charged anywhere in a room, and wireless speakers or indoor security cameras could be powered without being close to a power outlet. Ultimately, outdoor charging will occur when walking within towns could charge a phone or another portable device.

And, it would be just perfect if a technology can charge a phone at room-sized distances!

So, why do so many of our products still use batteries and power cords – technologies that were invented a 100 years ago? The simple answer comes down to design and proven functionality. Product manufacturers have relied on these two key approaches to delivering power for so long that they seemingly can’t break away with the “old ways” of designing products. Very early in the design process, product designers have to choose between using batteries for electronic power or connected cords based on the functionality they’re trying to achieve.

Using a battery-powered wireless device is the most common choice, given its ease of use and functionality – but batteries need to be recharged and replaced and have a fairly low energy-capacity, leaving products with sometimes drastic feature limitations. Cords, on the other hand, are dependent on proximity to a power source, which limits usability and often erases the convenience of a device.

A good example of the benefits and deficiencies of cord-connected devices and battery-powered wireless technology can be found in indoor security cameras. Corded affords more functionality, allowing video streaming without draining the battery. However, it also limits the range where it can be placed, because of the power outlet or the effort in running a powerline and installing the camera in the most ideal location.

A battery-powered camera, on the other hand, gives greater flexibility and ease of installation but may only be able to stream an insignificant amount of video at a time, limiting the camera’s usefulness.

There are two key factors that guide the safe amount of energy delivered to a device: distance and power. Distance is limited by the physical phenomenon of diffraction, whilst power by safety regulations.

Diffraction is a physical property of waves, i.e. how beams diverge (become wider) as they exit the source of energy.

Diffraction is important because, in practice, we want small energy receivers – enough to fit inside a phone or, at least, not make the phone unnecessarily larger. If there’s significant diffraction, the beam widens with increased distance between transmitter and receiver, making the receiver capture decreased portions of the transmitted energy.

This also raises a potential safety concern: if the receiver captures only a small portion of transmitted energy, what happens to the rest of it? If radiated into the nearby environment, it might expose people, pets and objects to unwanted energy, which could be a safety concern.

If the receiver captures only a small amount of energy, an engineer might be tempted to increase the transmitted power so that, even with low receiver efficiency, there will be enough delivered to the device. However, this is where we might run into safety regulations. No-one wants a radio tower in the kitchen, so regulatory bodies like the FCC and FDA work on safety standards for safe exposure limits to various energy types.

The limits for RF and IR are vastly different. One reason for this is that IR naturally exists in the world: some 50% of the sun’s energy is IR, which means our ancestors have evolved to comfortably live with it. In contrast, RF is man-made radiation that’s been around for only 100 or so years.

We determined that little or no diffraction is preferred to much of it, but what factors drive how much diffraction we get?

Amount of diffraction received is determined by the ratio of aperture (the size of the transmitter) to the wavelength of energy used. The larger this ratio, the smaller the beam widening.

Because the IR’s frequency is much higher than that of RF, the IR’s wavelength is much smaller than RF’s. Thus, for practical transmitter sizes, IR light experiences almost no divergence whereas RF diverges a lot.

When we talk about practical transmitters, we know that a dish the size of a giant radio telescopes can send relatively narrow beams of RF energy into space, but no-one has room for one of those in their home.

In contrast, a laser pointer, for example, has a thin beam of light that practically doesn’t expand, even though it comes out of a very small transmitter.

Is it possible to find a technology that is powerful, can provide energy over room-sized distances yet safely charge a phone?

When engineers start thinking about wireless power delivery, RF may seem like the best way. After all, RF is used for many communications technologies, it is a widely accepted and standardised means of transmission, with many commoditised components readily available. But because of diffraction in safety, RF is very limited for practical power transmission. It is best suited for peripheral devices like wireless mice or keyboards in a desktop environment – applications that don’t require anything beyond a meter to be used. Supporting the wide range of consumer products that would deliver real-world solutions is not possible with RF technology. You could think about 0.1W as the theoretical best-case maximum power that could be delivered to a phone-sized receiver.

By contrast, IR possesses traits that meet the needs of 21st century consumer technology in several important ways. By packing infrared in a tight beam, power resists diffraction and can carry over longer distances. Like a laser pointer that focuses light and doesn’t dissipate its light energy, IR can carry over a great distance without losing its shape or power. Calculations at room-sized distances reveal delivery of 10W of power using IR is feasible and more than enough to power most smart devices.

Beyond the Power Cord

Wireless power presents significant opportunities to move beyond power-cord dependent and battery-operated devices, and the technology to implement new innovations is available today. While large appliances like laptops and some smart appliances that require higher power levels may still be a few years away, IR technology has the ability to deliver power safely and efficiently to most smartphones, home speakers and other common consumer electronic products.

IR is safer and far more efficient than RF technologies and can easily be implemented into new consumer goods. In addition, it removes the impracticality of power cords for a wide range of electronic devices and provides much improved performance thresholds for many battery-dependent devices.

With wireless power, indoor cameras will be installed with ease and be able to stream limitless video. Smart door-locks could add face recognition and Cloud storage. Long-range wireless power may not necessarily power a TV today, but it has the potential to bridge the gap between batteries and wired connections. Charging a phone from across the room and using wire-free surround speakers and many other everyday devices will soon be possible with wireless power – it certainly is an alternative that consumers will benefit from, and with the right wireless power technology will soon be a reality.