Ultracapacitors: viable and complementary source of energy for transportation applications

Modern public transport, such as trams and trains, are increasingly becoming equipped with many functionalites such as onboard information and Wi-Fi connectivity – all of which require power.

But providing power for transportation applications presents many technical challenges, not least the operating environment which involves engines and motors starting in low-temperature conditions. Batteries have long been the power source of choice for engine startup. Although conventional lead-acid batteries were the only type available, recent innovations comprising different architectures and chemical combinations have significantly improved their power density yet reduced their weight.

Our society is increasingly aware of its energy usage and carbon emissions when travelling from A to B. New metropolitan light rail, bus and mass-transit networks as well as existing railway infrastructure are experiencing significant investments as consumers look for alternatives to the congested and polluting roads. Most major cities have either implemented or are planning new public transportation systems that help ease city congestion and reduce pollution.

Batteries provide an ideal source of energy portability, however, for modern, demanding transportation applications, they don’t always meet all requirements. Accommodating high peak current loads requires more batteries than normal running load conditions, which adds to weight and charging times. Banks of batteries are bulky and need considerable charging time, impacting operational availability. Also, batteries are constrained by ambient temperatures, particularly with extremes of low and high temperatures. Some battery technologies even slowly discharge in situ due to their internal equivalent series resistance (ESR) – a factor that also limits the maximum amount of current batteries can deliver and aparemeter that leads to heating within the battery.

Another aspect of batteries is their life cycle. During their active life, they also require checking and routine maintenance. They typically have a finite in-service life, after which their capability to store a full charge and deliver a full load becomes significantly lower.

One further consideration when working with batteries is their restriction at low temperature applications. They lose their capacity as temperature decreases and can’t be used in extreme cold conditions.

For an electrically-powered bus or tram, the battery capacity determines the operating range. That range can be extended with regenerative braking concepts, by harvesting energy from the drive motors when the vehicle is decelerating. A substantial amount of energy can be generated this way, and over a relatively short period. To take full advantage of this method however also requires a method of storing that energy quickly.

The capacitances of supercapacitors and ultracapacitors are typically in the tens and hundreds of Farads, even thousands. They behave like an ordinary electrolytic capacitor, with quick charge and discharge cycles, but their low internal resistance and energy storage capability make them more like a rechargeable battery. Because of this, ultracapacitors are fast becoming a viable energy storage medium, replacing conventional batteries in some applications.

Ultracapacitors from specialist supplier Supreme Power Solutions (SPSCAP) use an activated carbon coating and organic electrolyte, which creates a capacitor with high capacity, low internal resistance, low leakage and high-reliability characteristics. The high surface area of the porous activated carbon electrode and a charge separation by a thin electrolyte layer create an electric double-layer capacitor, to meet the demands of several transportation applications:

For engine start-up, ultracapacitors can deliver the instant peak load capability required to start a diesel engine, prolonging battery life and reducing maintenance and replacement costs. For this, SPSCAP offers its SCE and SCP series of low ESR, cylindrical, high-duty cycle ultracapacitors. The SCE series offers between between 100F and 800F, and options of weldable or threaded terminations at one end. Their compact dimensions lend them to being used in series or parallel configurations to form backup power supplies for instant power delivery.

SPSCAP’s SCP series offers weldable terminations at either end and a duty cycle of over 1,000,000. These ultracapacitors suit energy recovery solutions, locomotive engine starts and hybrid drive trains. The the SCP2000C0, for example, is a 2000 F, 2.7V, measuring 60.8mm x 108.4mm and weighing 402g. It can operate across a temperature range from -40°C to + 65°C, and its maximum peak current exceeds 2000A; its maximum continuous current capability at ∆40 °C (temperature rise 40°C) is 208A.

Recent additions to the SPSCAP lineup include the CDCL and CDCM ultracapacitors, comprising different capacitance values, dimensions and working voltages. For example, the CDCL family consists of 650F, 1200F, 1500F and 3000F ultracapacitors.

For popular applications, such as low-temperature engine starts, a ready-assembled ultracapacitor module provides a quick and easy method of implementation. An example is the MDLC0300C0, a 300F 24V module, constructed in a robust IP65 battery-style profile. This unit can operate down to -40°C and can deliver a maximum peak start-up of 45kW.

As mobility and transportation become more diverse, the need for long-life, rapid-charging, high-energy-density storage medium has never been greater. Here, ultracapacitors have rapidly become a viable energy storage method, for instant power delivery in traction control, energy recovery and engine start-ups. They easily complement existing battery installations for peak load and multiple load balancing or be the primary power source for a host of onboard systems. 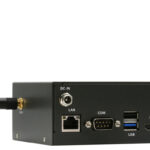 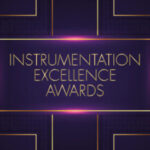 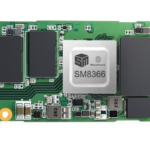 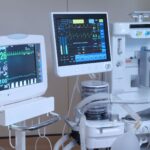 The role of heating technology in medical equipment