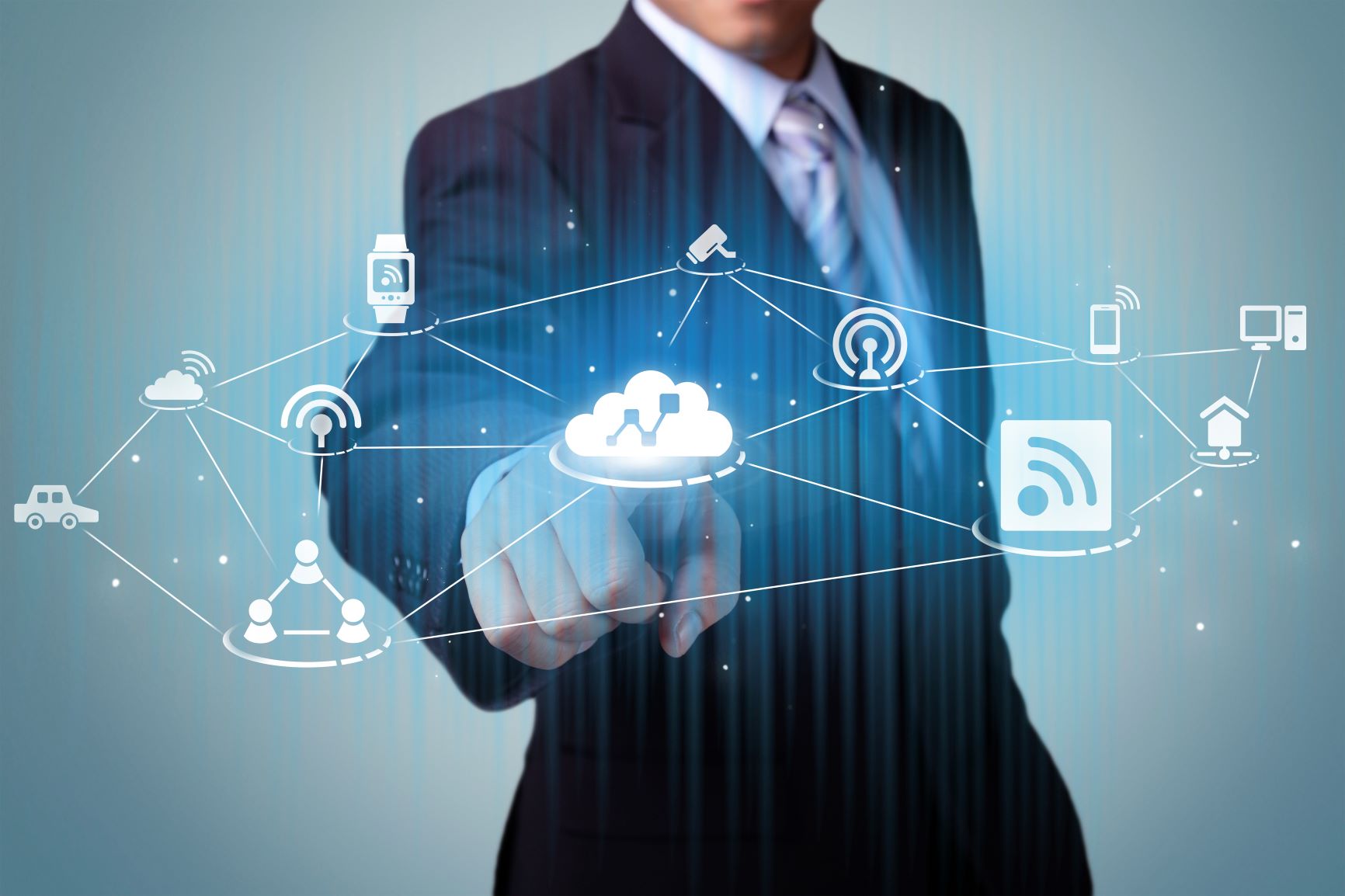 A key driver behind the changes in projected capacitive touch technology is the move to integrate touch into the LCD panel itself, which eliminates the need for a separate touchscreen overlay, resulting in thinner, lighter devices that are easy to integrate. Optical performance and brightness are also improved because of the reduced distance and layers between LCD and user.

However, the processes for manufacturing ‘in-cell’ touchscreens are still evolving and improving, which has consequently limited their widespread adoption. As a result, discrete projected touchscreen overlays using ITO conductors remain the main technology, at least in smaller, handheld consumer electronic devices such as smartphones, tablets and wearables. However, there are limitations: For displays larger than 20 inches, the high electrical resistance hamper its performance, making it unsuitable for some applications.

Fortunately, there are other conductive materials available for larger-sized touchscreens. Presently, the three main material technologies at the forefront are copper microwires, silver metal mesh and silver nanowires. Carbon nanobuds, conductive polymers and graphene are all in early-stage development and will likely appear in the coming years.

Let us look at the four key parameters of the first five – economics, resistance, visibility and availability. Lastly, we’ll look at graphene, which is still not commercially available.

Two key cost factors in touchscreens are initial tooling costs and ongoing material requirements. Technologies that can be directly written to the substrate materials without a mask require little in the way of tooling and can be produced more cost-effectively in low volumes. If masks or other tooling are required, then this limits the ability to produce screens of different sizes flexibly in low volume. It does, however, have the potential to offer cost reductions in high volumes on standard sizes.

For tooling, copper microwires score highly in terms of flexibility. The electrode can be written directly to the substrate, with no lasers, masks, chemicals, etching or tooling needed. Silver nanowires can be customised to a degree, via laser ablation but then additional processing is required to link the conductors at the borders to the controller. Conductive polymers are also applied relatively easily with screen printing, however, they need to be patterned at either the silkscreen printing stage or after with etching or lasers.

By contrast, silver metal mesh materials are patterned at source, so the sensor size needs to be specified upfront, which leads to tooling charges that can reach £16k per design, depending on the screen size. The procedure to deposit carbon nanobuds is complex, using a nanobud reactor, then a laser patterning process to create electrodes.

Another key factor in manufacturing cost is the number of layers required. Copper microwires can be insulated, so that the x and y electrodes can be formed in a single layer. The encapsulating insulation also prevents oxidation of the material, which can degrade touchscreen performance when exposed to high heat and humidity in the field. Silver nanowires, metal mesh and conductive polymer sensor constructions generally require two or more layers to insulate the (x and y) conductors, increasing the material content over a single layer design. Carbon nanobuds are a two-layer technology. Furthermore, care must be taken to prevent moisture ingress into the materials, which can cause the above noted oxidation and touchscreen failure.

Touchscreen resistance is a key factor in determining sensitivity to touch, or signal to noise ratio (SNR). Higher resistance materials limit the amount of current flowing through the conductors, making it harder to pick out a touch event correctly from the surrounding ambient interference (EMI) coming from the display, power source or other surrounding electronics.

Clearly, this resistance becomes more of an issue with larger touch screens, especially if features like multi-touch, palm rejection and proximity detection (identifying a touch before the finger actually makes contact with the screen) are required. As indicated earlier, ITO has generally been limited to smaller touchscreens due to its relatively high resistivity of ~100Ω per square. As a result, most touchscreens using this material are smaller than about 22 inches, beyond which there are significant performance limitations.

Silver nanowires have a better resistance than ITO (~30Ω to ~50Ω per square on PET film substrate). As a result, projected capacitive touch sensors using this technology are scalable up to around 42 inches, beyond which, again, touch performance is hampered. Silver metal mesh has a lower resistance of around ~15Ω to ~30Ω per square, and as a result is capable of use in touchscreens up to around 65 inches.

The copper microwires technology offers the lowest resistance at ~5Ω per square or less, and can be used to create enormous touchscreens, well over 100 inches. Furthermore, the extremely low resistance provides the best SNR, resulting in touchscreens that are capable of detecting touch through very thick overlaying glass and even gloves. For the alternative material technologies, this can only be achieved by driving the control electronics at high voltages or tiling the screens using multiple linked controllers – both tricky methods.

All discrete overlay projected capacitive touch technologies involve introducing some material element between the user and the screen. With copper-microwire-based technologies, the grid of 10-micron conductors can be visible, particularly when the display is off. That said, light transmission is excellent and in the range of 90% before any anti-reflective treatments are applied. In contrast, silver nanowire and metal mesh technologies have slightly less visible conductive tracks – metal mesh in the 5-10 micron range. However, nanowires and conductive polymer coatings can produce a slight colour cast or haze over the whole screen, and a base light transmission of around 85%.

Copper microwire touch sensors have been in production for nearly 20 years by a handful of specialist manufacturers. It is a proven technology for large sizes and in the harshest environments.

Silver metal mesh and nanowire based touch technologies have emerged into the mainstream quickly over the last few years, with many manufacturers installing the necessary printing and laser patterning equipment. The relative newness of these two technologies, means that their long-term reliability is not yet proven – particularly in relation to how their resistance (and touch performance) changes when exposed to high temperature and humidity levels in outdoor applications.

On the horizon is a potentially game-changing new touchscreen material technology in the form of graphene. First discovered at Manchester University in 2004, there have been promising results published on its strength, transparency and conductivity but development is still in its relative infancy.

Deposited as a one atom thick layer of carbon, it combines a similar low resistance to copper microwire, with the potential of ‘invisible’ conductors. However, despite its potential suitability as a material for projected capacitive touchscreens, there are many other applications for this exciting technology, such as water purification, batteries and solar cells. Most developers are focusing their efforts on these areas for the present with touchscreen usage being much lower on the development roadmap.

There remains no such thing as the ‘perfect’ conductive material for projected capacitive touchscreens. Designers should always look for the best combination of performance, optics, durability, scalability and reliability to suit their touchscreen application.

The worldwide market for phone and tablet touchscreens dwarfs the commercial AV market. As a consequence, new touchscreen material developments are focused on this mass market. However, the investment will certainly bring benefits to the commercial and industrial markets too.