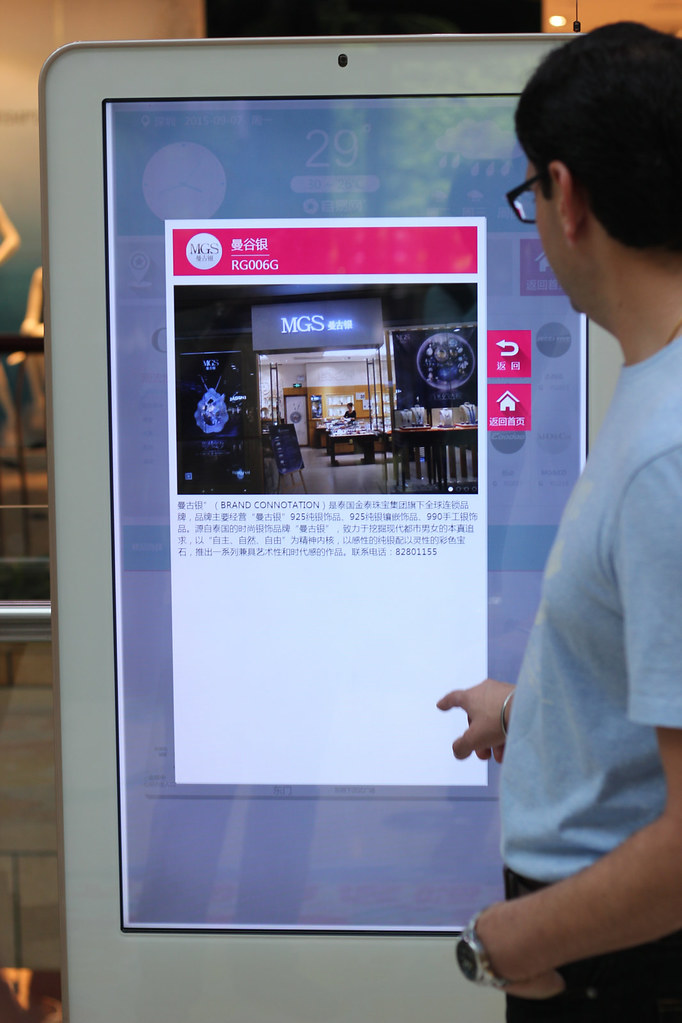 Touchscreens are presenting OEMs with a combination of challenges and opportunities right now: Consumer applications have driven costs down, but performance expectations have risen dramatically. As the ubiquitous touchscreen is finding ever more new applications, such as in industrial and retail settings, users still expect smartphone-level performance. So, how can manufacturers create highly-responsive experiences amid conditions such as weather, vibrations, lack of light, even vandalism and theft?

Ultimately, both resistive and capacitive touchscreens can operate in retail, but capacitive provides a more appealing, functional option that will satisfy the expectations of a demanding user. As popularity has surged, prices have been driven down and it is now feasible for many OEMs to use capacitive technology in even the most demanding sectors.

Touchscreens used outdoors must be able to withstand all kinds of weather conditions whilst providing good performance. Manufacturers must ensure that the display and the entire product are fully IP rated. Water on a screen can interfere with a capacitive panel, and it may also not work properly is a user wears gloves, so traditionally OEMs use resistive panels in products that will be situated outdoors.

However, modern developments in capacitive technology have drastically improved their ability to operate in these specific conditions. But it becomes a more expensive option if cost-efficiency is a concern.

If a product is to be situated outdoors, it must be built with sunlight reflectivity factored in. A point of sale display that reflects glare becomes almost unusable, rendering it pointless to even install a touch panel. Fortunately, this is an easy thing to address – firstly, by choosing a coating or film that will mask the screen itself and, secondly, by choosing a high brightness backlight that makes the display readable from a distance and under direct sunlight.

To be used in demanding sectors, most touchscreens must be encased in thicker glass. When designing capacitive touchscreens, the majority of membranes that use Indium Tin Oxide (ITO) can struggle when placed in thicker or larger format glass than traditional 0.5mm consumer applications.

Resistive panels, which are often thought outdated, may be more suitable in environments where very thick glass is needed, such as an unmonitored ATM screen, for example. This allows users to have limited touch input on a toughened screen.

Of course, capacitive technology has improved over the years, and some alternative membranes, such as copper, are now used instead of ITO. These can register touch through far thicker glass and therefore combine the responsive, multi-touch, multi-gesture control expected by consumers, and the durability demanded by outdoor applications.

Another consideration is shatter resistance. If the worst occurs and the product is broken, the screen should remain intact rather than shatter into shards, which can prove harmful. Many capacitive panels will still function when cracked or scratched, making them a better option for retail and outdoor usage.

When a touchscreen is placed in a retail or other public environment, it faces a challenge that many OEMs rarely consider – how will disabled users or those with limited accessibility interact with it? As more touchscreens enter the high street, will manufacturers inadvertently shut out a certain group of people?

Features such as haptic feedback can provide tangible response when interacting with a touchscreen. Unfortunately, haptic feedback is virtually impossible to implement in large, outdoor touch-panels as the glass thickness and weather-sealing prevent vibration.

Some manufacturers, such as Jaguar Land Rover, are now using traditional buttons and dials in their vehicles placed on touch interfaces to create easier access to controls. As touchscreens become more commonplace in public, OEMs may also consider placing some form of physical input on to the screen to allow disabled and visually-impaired users to interact.