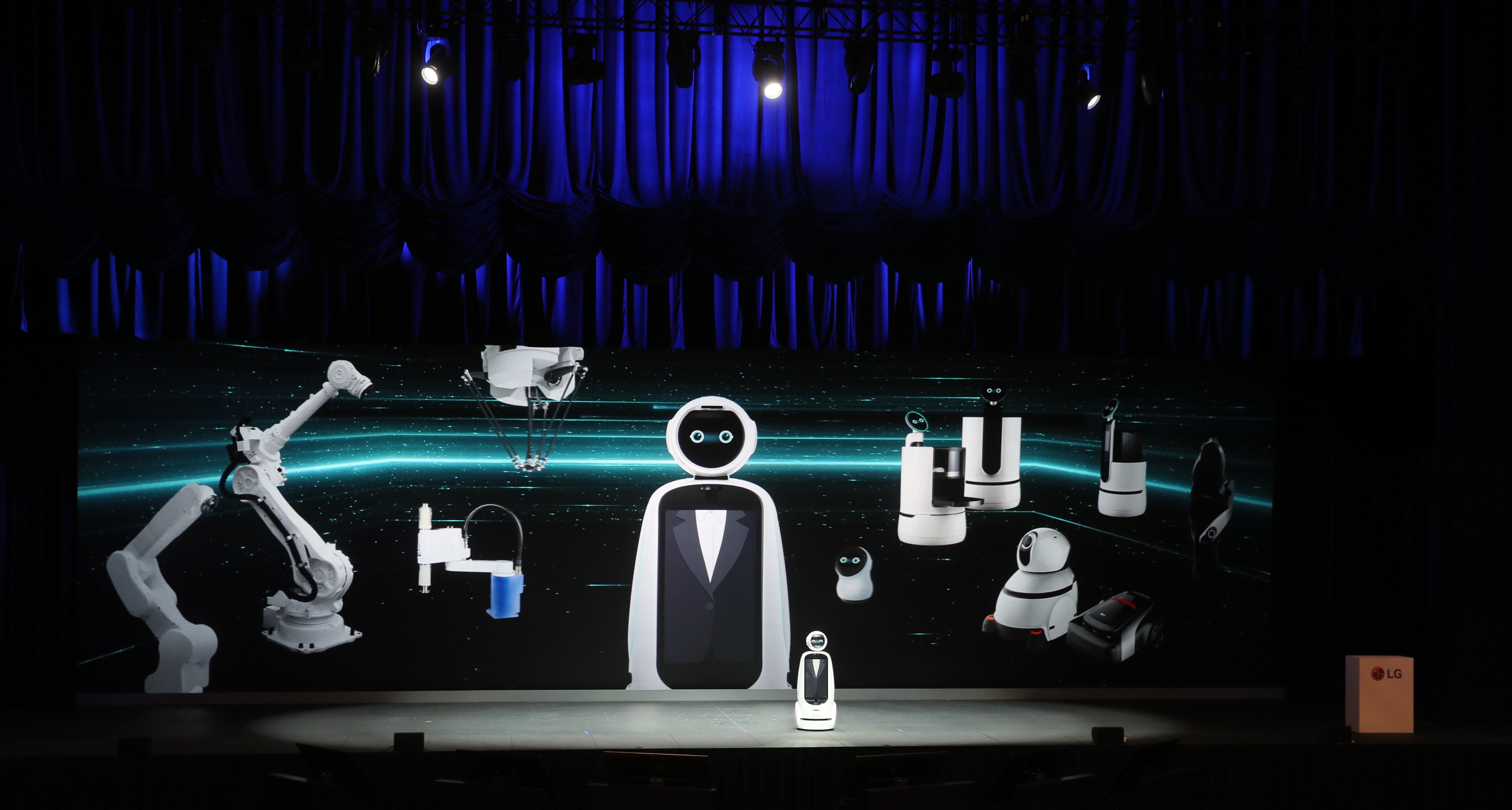 With increasing overlap between various devices in different fields, it’s easy to see how some devices could be used in medical applications; one example is a consumer-targeted smart UV light detecting sensor to be used in treating conditions like rosacea. It’s for this reason that events like the Consumer Electronics Show (CES) in the US cover a range of electronics categories, from health-tech to 3D printing. However, across all these areas, one thing remains a constant: reliable batteries.

Health-tech on the go

Convenience and insight continue to shape the development of health technology, with wearable electronics still proving a mainstay. This trend has persevered for several years, with advancements now incorporating biometric-data wearables monitors.

CES 2019 showed a diversity of issues that wearable health tech aims to address. To date, health wearables have come in the form of hearing aids and smart watches, but this year’s event saw a wider variety, such as of discrete devices to help the elderly and those with disabilities.

The applications vary but the underlying theme is that wearable health-tech is becoming increasingly impactful on the lives of users. As such, reliability and longevity become increasingly important, arguably more so than for existing wearables. For the end user, the effectiveness of a device designed to manage a longstanding condition could be just as important as traditional medical equipment.

For manufacturers of emerging healthcare technologies, it’s important to take a similar approach to product design as medical equipment makers, that is, to work with specialist manufacturers of critical-application components. Doing this will ensure that the product, although intended for home healthcare, is robust, effective and fit for purpose.

Similarly, working with battery specialists allows manufacturers to get the best power supply for their equipment, even if space is limited. For example, a wearable device with only a few millimetres of available space could benefit from the thin cell technology developed by Ultralife that can be as thin as 1.25mm, yet, crucially, it still delivers the performance, energy density and operating versatility of a larger specialist battery.

In a slightly different area, home robots have come a long way from the troubled robot vacuum cleaners, or robovacs, launched in the 1990s. This year, CES showed just how far robovacs have come, with the Coral One highlighting the perfect hybrid of autonomous and manual cleaning. The robot features a detachable component that allows owners to clean hard-to-reach areas that the robot itself can’t manage. Effectively, it’s a robovac with a built-in handheld vacuum cleaner.

It’s clear that the main objective of this product is to merge robovacs with vacuum cleaners, so willing owners don’t need to purchase two separate products. However, the mobility of Coral One is facilitated by operation independent of mains power. Hence, to make the traditional vacuum a thing of the past, it needs a long-lasting, reliable battery to ensure worthwhile lifespan.

Some robovacs use bespoke manufacturer batteries that are either nickel-metal hydride (more common in older models) or lithium based. Conversely, handheld vacuum cleaners typically use off-the-shelf CR123A model batteries. Coral One requires two batteries: one for the robot and the other for its removeable component. While Coral states that the handheld part can last for 20 minutes longer than the robot, this could be extended in future models by changing the types of batteries it uses.

Accutronics’s parent company, Ultralife, already offers a range of batteries for service robots: CR123A batteries boast a higher energy density and longer operating life than competing CR123As, which would mean that devices can last longer and provide greater convenience for the end user.

Over recent years and unlike domestic robots, the home automation sector hasn’t changed that significantly, but has seen incremental improvements. CES 2019 highlighted that the next big change for the sector will be an unseen one, as products shift from Bluetooth to Wi-Fi.

Current home-automation technology requires a central hub for every device in a network, such as smart lights for example, to connect to via Bluetooth. It’s this Internet-enabled hub that makes remote control possible.

CES 2019 showed that brands are beginning to move away from hubs and are embracing WiFi-compatible products. This is particularly evident with Legrand’s launch of the world’s first Open Connectivity Foundation (OCF) certified smart bulb that offers out-of-the-box connectivity and works with other OCF-certified IoT devices, regardless of manufacturer. Consumers will benefit from a more streamlined process for setting up a device and integrating it into a smart network.

As we make this shift to direct Internet-connected devices, battery power becomes even more important since devices will be always connected. This means that smart device manufacturers should ensure the batteries powering their products are able to provide a reliable, effective performance. For example, sensors for home-security systems could use long-lasting CR123A batteries to ensure a long life and reduce the frequency of replacement.

Battery technology could also become a feature in WiFi-connected devices by allowing for remote fuel gauging. If a battery includes accurate fuel gauging, as in bespoke batteries, the device can read this data and easily show it on a wireless network, much in the same way that a smart-watch app highlights the remaining charge. A web-based gateway that will enable consumers to see their overall network health, including remaining device charge, could offer a whole new level of convenience.

It isn’t often that we find such a strong link between domestic cleaning robots, smart lighting and incontinence management wearables, but shows like CES 2019 have shown that modern technology is more interconnected than ever before. Battery technology will be integral to many devices we’ll see in the coming years, so design engineers should keep batteries in mind when planning the next step in modern electronic devices, whatever the field.

The future of service robots

The International Federation of Robotics (IFR) forecasts that sales of service robots will grow between 20 and 25% by 2020. Having already significantly impacted agriculture, surgery and the logistics sector, service robots are expected to offer greater assistive capability and value going forward.

The International Organisation for Standardisation (ISO) defines a service robot as “a robot that performs useful tasks for humans or equipment, excluding industrial automation applications”. It’s predicted that these types of robots will play a greater role in the maintenance, security and rescue markets, but interestingly, the latest sector to embrace automation and robotics is tourism.

Italy’s first robot concierge, Robby Pepper, has been employed to answer the frequent questions from guests at a popular hotel resort. Programmed to understand and respond in Italian, English and German, Robby has been taught the locations of spas, restaurants and opening times to relieve overwhelmed staff during the summer tourist season.

This is just one example of how the rise of artificial intelligence (AI) and robotics is being harnessed to improve various services across different sectors.

Specialist robots like Robby are often required to be autonomous and free from an alternating current (AC) supply. OEMs therefore integrate portable batteries into their designs to power service robots.

The problem is that, as manufacturers create more intuitive robots, the power demands for them become significantly greater and often beyond the capability of many existing power sources.

Ultralife offers a range of primary, non-rechargeable lithium thionyl chloride and lithium manganese dioxide cells and batteries that can be easily integrated into service robots to ensure safe operation. There’s also an added benefit for the users too, which comes from Ultralife’s smart circuit technology that provides users with information such as battery cycle count and remaining runtime and capacity.

Robots like Robby, for example, are programmed to learn and improve their knowledge whilst in operation. Depending on the memory-storage feature installed in the device, loss of power could impact the robot’s development. If the robot uses flash memory settings, for example, then any information stored in it could be forgotten due to power loss.

Unlike industrial robots, service robots are at work in a wide range of environments and everyday-life applications. Often using more advanced technology, service robots face specific power requirements as a result. So, having a backup power source is essential to help businesses avoid frequent retraining and reprogramming of robots in critical applications.

Robby may be the first Italian robot concierge but, providing every service robot can reliably be powered to reduce the pressure of medial tasks during busy periods, it is very unlikely to be the last.

Ultralife has prepared a whitepaper that technically compares various standard lithium coin cell batteries. The whitepaper, which is available to download from the company’s website, shows a side-by-side comparison of battery types to help design engineers choose the best power source for their applications.

For the study, Ultralife conducted tests on thin cell and coin cell batteries, comparing the discharge performance in several different test scenarios, including in different ambient temperatures and in high rate discharge applications.

“There are many different predictions for growth in the IoT market in the next few years, but what it tells us is that demand for wireless electronic devices is growing,” said Neil Oliver, technical marketing manager at Ultralife. “Since many IoT devices are designed to operate off-grid, design engineers generally rely on batteries to provide reliability.”

Alongside the technical specifications, the comparison also covers batteries’ shelf-life, footprint and cost-effectiveness – factors of crucial importance in any design.