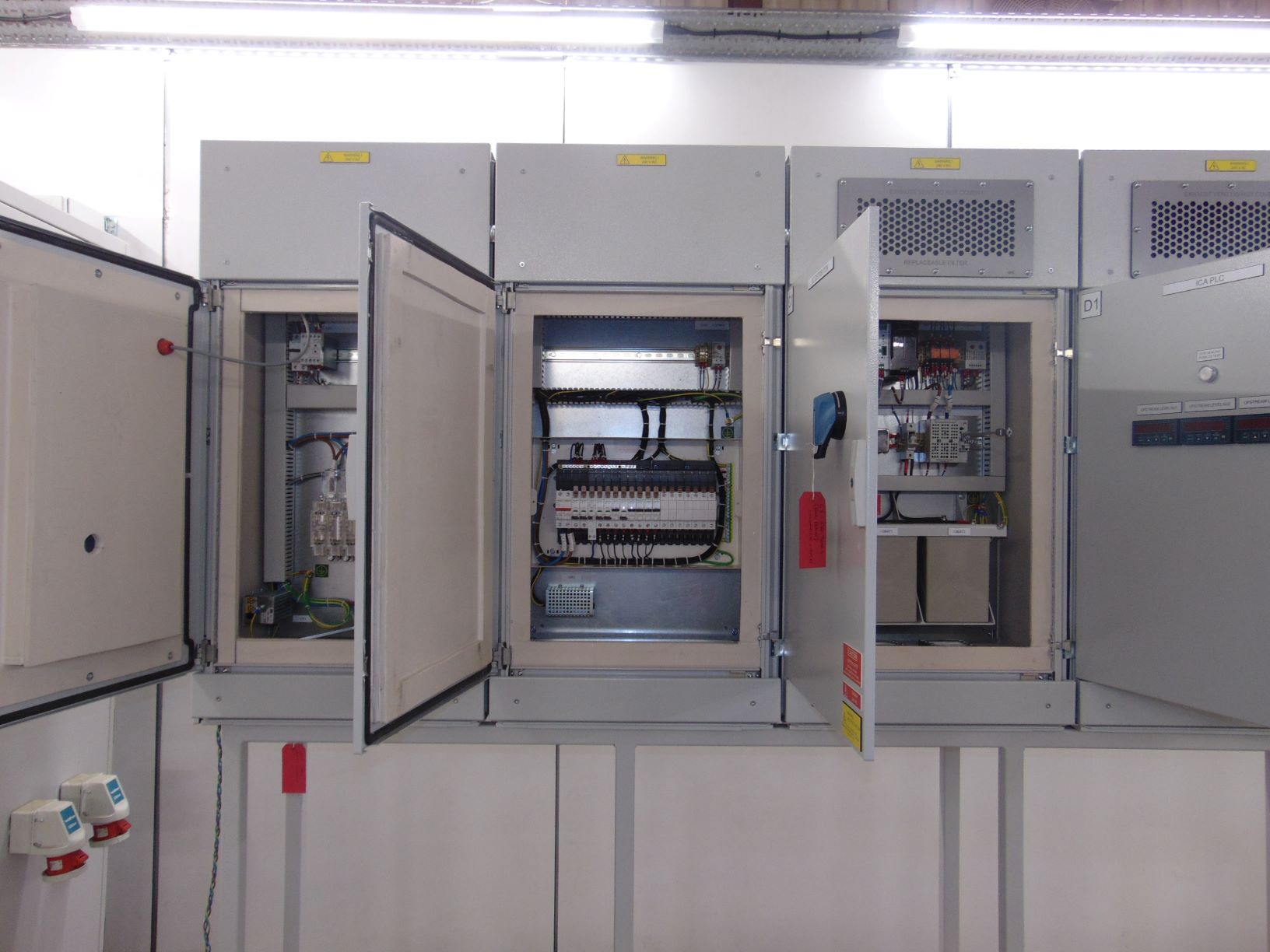 Case Study 1: Rittal supplies bespoke panels for critical controls
The East Midlands Instrumentation Company Ltd (EMI), an electrical, instrumentation and control installation contractor for the power generation, power transmission, rail and industrial markets based in Gainsborough, had a complex specification from a client.

The client needed specially-designed panels to protect critical equipment that controlled a remote pumping station and dam. A complex control and distribution system with Rittal’s Ri4Power system allowed segregation of the busbars from the controls. This meant three panels were needed for power and motor control, automation and control, and monitoring/communications.

The monitoring equipment needed to be installed within an area at risk of flooding, so it was decided to place the panel on a metre-tall frame to reduce the chances of the equipment being damaged by floodwater inundation. To overcome this, Rittal’s engineers designed a custom-sized Ri4Power panel to sit comfortably on the frame.

All three panels had to withstand internal fires and each compartment was fitted with a special fire-resistant lining to stop fire spreading from one to another, and a smoke/fire rated venting system. In addition, special filters were installed for ventilation, which included a gel that expanded if heat was detected and closed any air gaps.
The power and motor control panel was specially designed in an L-shape to fit neatly within its allocated space.

The Rittal team also developed a busbar that was designed to accept a mains supply, but which could also accept a temporary generator supply, if needed, for essential loads.

Rittal was approached to provide power distribution and motor control centre system for a replacement drives panel at a steel mill based in the North of England.

The heavy-duty industrial switchgear system that drove the mill was no longer operationally effective. Its drives and controls were out of date, some of the drives were no longer working and there had been a series of equipment failures over the years. The panel itself was located in a cellar below the rolling mills, which created a dusty, difficult and therefore challenging environment for highly-sensitive electronic equipment. There were also size restrictions on the new panel imposed by the limited available space.

Ri4Power is ideally suited for this type of application. It supports reliable, low-voltage, switchgear systems for machines, plant and buildings, and has been subject to stringent testing under the most demanding conditions, demonstrating its suitability to support the needs of industrial switchgear. Its welded modular design means power can be split at specified points, for ease of installation. Meanwhile, the Power Engineering software provides teams with comprehensive support in planning and verifying standardised Ri4Power switchgear, as required by IEC 61439-1/-2 standard.

It was also clear that the new motor control centre had to accept the existing field cabling; an issue quickly resolved using Rittal’s maxi PLS which provided an easy connection to these large, incoming cables.

In addition, Rittal’s energy-saving LED panel lights were specified to make future installation projects and on-going maintenance easy for users and operators. These fast-fit lights include plug-in power leads as standard and are easily controlled through a door switch.

The installation had to be carried out within a limited timescale and during the mill’s shutdown period – but was built and delivered on time.