Recycle and reuse – a scheme for EEE makers 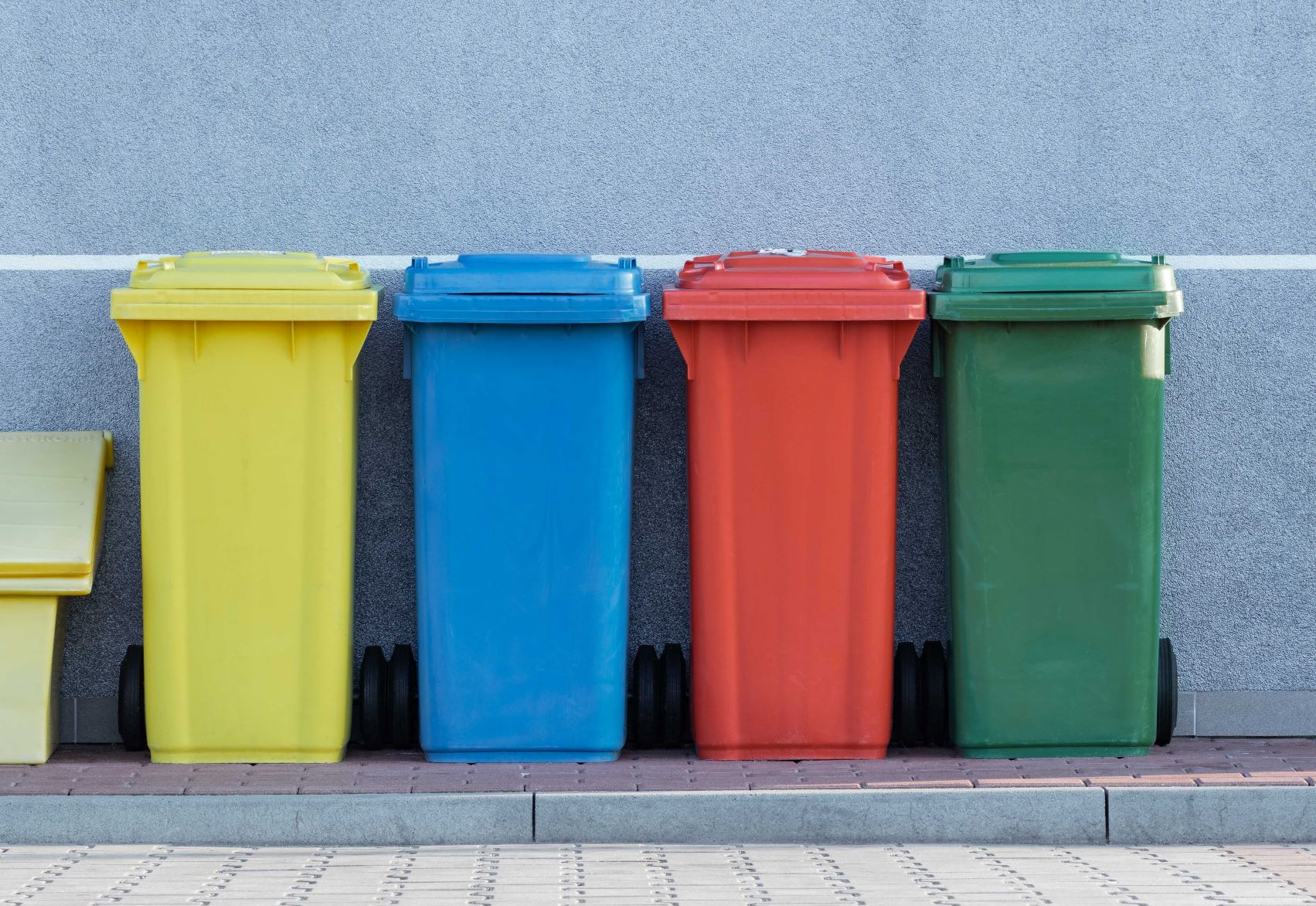 Consider the amount of electronic and electrical equipment (EEE) in the modern home and how much of it is being stored in drawers, cupboards and attics, with no prospect of being used any time soon.

These items are being squirrelled away for a variety of reasons, but it is inevitable that most have reached the end of their lives. A survey for the REPIC compliance scheme in 2015 found that one in ten people hoard unwanted EEE, known as UEEE. Across UK households as a whole, that’s a lot of EEE and a potential goldmine if the components and materials used in their production (including gold, of course) could be harvested.

There’s the added challenge that, when householders do dispose of their old electricals, there’s every chance it will go in the ‘residual’ black-bin rubbish collection and be lost to incineration or landfill. Another conclusion from the REPIC survey was that 20% of householders regularly throw away old and used electrical items. Over 40% said they did not know how to recycle such equipment.

Numbers are difficult to pin down but a report for the recycling charity WRAP, also in 2015, estimated that UK households throw away more than 350,000 tonnes each year. We also know that 1.3 million tonnes of EEE was placed on the UK market in 2017 and only around 40% of waste EEE (WEEE) is collected for recycling.

We are not alone: around 9.5 million tonnes of WEEE was generated across the EU in 2012.

Many EEE components are critical raw materials; they can be expensive to mine and are frequently imported, a system not sustainable for the future. Reclaiming missing EEE and reducing the tonnes thrown into the bin could be a significant boost to making the manufacture of these products more resource-efficient.

There are two major areas to address. One is retrieval of all unused EEE, known as UEEE, and preventing further build-up. The other is recognising that the retrieval of next-generation products when they become WEEE is vital. This will require significant practical changes for designers, manufacturers, retailers and consumers alike.

Last July, the European Union approved its Circular Economy package, a bundle of directives designed to boost sustainability and ‘close the loop’ on products so they are returned for reuse or recycling rather than ending up in landfill or incinerators. They will be incorporated into UK law before Brexit – whenever and however that happens. The environment secretary Michael Gove has promised to match or even better the rules we have inherited from Brussels. He has been responding specifically to public pressure over plastics and marine litter but is also mindful of the wider issues of resource efficiency.

The UK Department for Environment, Food and Rural Affairs has developed a resource and waste strategy for sustainable practices across the economy, published last December. There is particular concern in Whitehall over how much of the smaller, domestic EEE, such as vacuum cleaners, kettles and electric tooth brushes, is not recycled. But the principle also applies to phones, PCs and other consumer equipment.

That principle which underpins the Circular Economy package is extended producer responsibility (EPR), by which those involved in a product’s value chain take greater responsibility for the recycling (or reuse) of that product, and typically contribute more toward the cost of doing so. Incidentally, the same applies to the packaging of products.

Last summer, SUEZ UK recycling and recovery produced ‘A vision for England’s long-term resources and waste strategy’, proposing a series of initiatives across all products, not just EEE, and calculated that smarter use of our resources could deliver up to £9bn to the UK economy in gross value.

Extended producer responsibility schemes will help meet the overwhelming public appetite to reduce litter and environmental pollution and help us reuse and recycle more of what we consume. Producers can currently produce unsustainable products that are difficult or impossible to recycle and these are simply thrown away, while the consumer and environment picks up the disposal cost.

If, through extended producer responsibility, the use of recycled materials in new products was incentivised, manufacturers would quickly take greater interest in getting their materials back.

This is not uncharted territory as most of those involved in any EEE supply chain will already be party to an EPR arrangement in which they contribute to the retrieval costs: WEEE, batteries, packaging and end-of-life vehicles are the four established regimes in England. It has encouraged manufacturers and retailers to become recyclers. One is AO, which recycles fridges at a facility in Shropshire and is developing a second facility to process white goods from the South-East. The company says it offers the opportunity to “take back” old machines when new appliances are delivered. AO finds that this makes sense from a logistics and the environment point of view.

It also makes sense economically with one leading white goods retailer on the High Street making an annual profit of several million pounds by charging consumers to take back unwanted products and working with partners to refurbish, reuse and re-sell them. This practice could apply to anyone putting electrical or electronic goods on the markets.

WEEE is a moving target. It is the highest-growing waste stream in Europe whilst product types, technology and materials used in EEE are all evolving quickly. Changing consumer behaviour, consumption and disposal patterns combine to make it harder to predict individual WEEE levels, creating uncertainty for those seeking to plan capacity to collect and/or treat WEEE, to producers seeking to budget their future costs.

Data is crucial. EPR schemes will only work properly when it is known how much EEE is put on the market and where it goes. Additionally, design is a key determinant of the recyclability of a product, and producers could be incentivised with tax breaks to use more recycled materials – or penalised if they refuse. SUEZ believes that VAT relief on the labour involved in repair, disassembly and reinstallation of reusable, tested and warrantied components would make a real difference. A regulated, quality, secondary marketplace for tested and warrantied products is essential for these ‘as-new’ components.

All this can drive consumer behaviour – assuming consumers are given a clear and easily understood system of product labelling and a transparent, simple guide to environmental performance. Manufacturers, retailers, recyclers and regulators alike must buy into a widely adopted set of standards.

The current public and political concern about the environment offers a golden opportunity. This is a chance not only to place the UK at the forefront of environmental sustainability but to use efficient resource-management and sustainability to spur new levels of productivity and economic competitiveness across key industries such as electronics and electricals.

Fewer than one in ten consumers use household recycling schemes for unwanted WEEE, with one-third saying that concerns over personal data discourage recycling of electrical products, according to the charity WRAP.

The reservations are reflected in its 2017 report, ‘Switched on to Value: Powering Business Change’, which also concluded that consumers don’t know how to discard unwanted electrical items. Concern about personal data also discourages more than a third of households from handing over an electrical product. But 83% of respondents were interested in giving electricals back to retailers through take-back and trade-in schemes, such as Argos pioneered with mobile phones, which can provide customers with the reassurance that data will be safely wiped off their devices.

Cash in the Attic?

An EU-wide project has been assessing how a stronger market place can be established for retrieving metals used in EEE and, at the same time, making European businesses less exposed to imports. In 2017, the European Commission established the ProSUM project, stating that “reliable and unhindered access to certain raw materials is a growing concern within the EU and across the globe”. Twenty-seven critical raw materials (CRMs) were identified, and the ProSUM project has focused on rich sources of CRM: WEEE, end-of-life vehicles, batteries and mining wastes.

For WEEE and batteries, a significant challenge is data reliability of input and output waste streams at treatment facilities. An increasing number of products are said to arriving for treatment with their most valuable components missing, so it is argued that clearer data on this would give a better idea of material losses.

Another challenge is that many waste products with high metal content are valuable and traded with little information of their fate or whereabouts. More work is urgently required to substantiate the amount of waste products managed outside of official extended producer responsibility regimes, estimated to apply to around 60% of WEEE. It is also proposed that regular surveys are undertaken to measure the stocks of EEE and batteries in households.