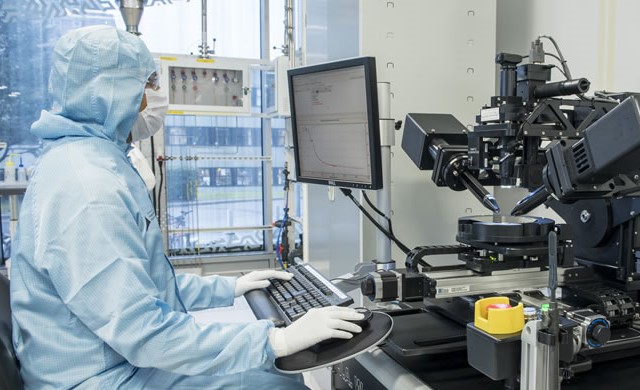 Researchers at the University of Southampton have demonstrated a new patterning technology that can create high-quality nanostructured surfaces for infrared thermal control coatings and nonlinear optics.

“Plasma patterning provides a completely new route to form electrical and optical devices with structures beyond existing manufacturing limitations. Here, we have shown for the first time that a planar metasurface, based on aluminum-doped zinc oxide, can be achieved with an optical metasurface function but physically flat,” said Dr Kai Sun, research lead. “The metasurface devices in this work are only a start of this new technique’s applications and its full potential impact is still to be seen.”

Conventional methods of producing the advanced material coatings in specialist cleanroom facilities such as the Southampton Nanofabrication Centre etch patterns into materials or deposit separated structures on the surface by a process called lift-off lithography. However, the resulting surface topography is often undesirable and can strongly limit the device performance when embedded into a stack of many independent layers.

In their study, the researchers explored a completely new technology that locally and selectively modulates optical properties without changing the flatness of the material surface. The research team based their new technique on the discovery that an oxygen plasma can greatly reduce the electron concentration of certain metal oxides, which hold unique properties for integrated circuits, solar cells, chemical sensing and catalysis.

The plasma patterning technique has been demonstrated by fabricating two novel devices, a planar metasurface-based optical solar reflector for satellite radiant cooling and a multiband metasurface with different operation ranges.

Transparent conductive oxides such as aluminium-doped zinc oxide (Al:ZnO) have a high electron density, making it dielectric in visible range but metallic in infrared (IR) range. This electron density of Al:ZnO is critical for its material electrical and optical properties. To achieve an optical property contrast, which is required for optical metasurface formations, parts of the Al:ZnO film need to be removed, leaving a non-planar structure.

The study found that oxygen plasma can reduce Al:ZnO electron density by up to five orders of magnitude. This led the team to propose the new fabrication technique that forms a metasurface by selectively modulating the electron density using oxygen plasma, made possible by accurate location control through a lithography definition.

The fabricated device achieves its metasurface function for its optical property contrast but maintains a planar topological surface profile. This metasurface is highly desirable for its compatibility with any added functional layers.