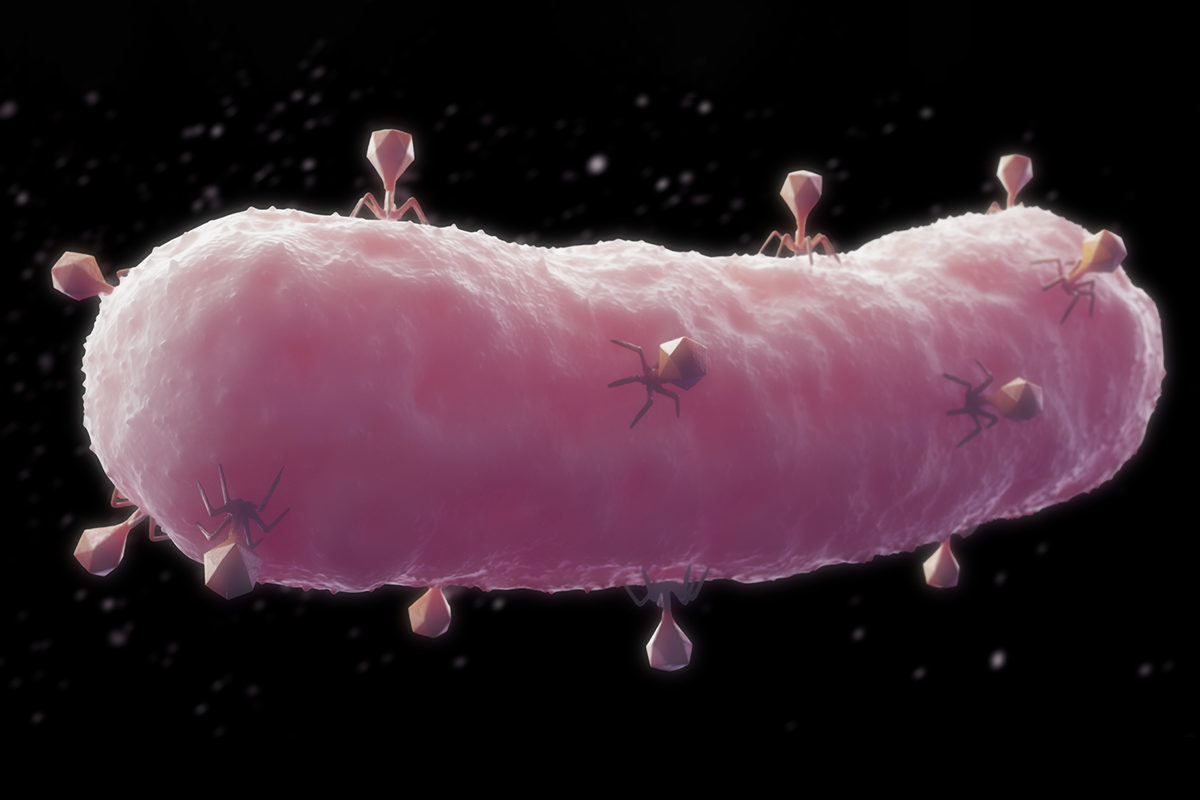 A team of French researchers has demonstrated a new mass-spectrometry technology based on nanomechanical resonators that measures the mass of particles previously beyond the reach of current commercial technology. They then used their solution to measure the mass of a whole bacteriophage virus capsid, which has not been achieved before.

Current mass measurement technologies can weigh several tons and down to a hydrogen atom mass, roughly one atomic mass unit, or Dalton (Da). In between these extremes, a gap in mass of several orders of magnitude has been unfilled – so far, no commercial technology could measure the mass of nanoscale objects in the megadalton (MDa) to gigadalton (GDa) range. Yet, this range is of great interest, as it includes most viruses, diverse biomarkers for diseases such as cancers and degenerative diseases, and synthetic nanoparticles for nanomedicine.

Mass is a key parameter for studying, characterising or identifying particles on the nanoscale. Several Nobel prizes have acknowledged the ubiquity and power of conventional mass spectrometers. Nonetheless, these spectrometers struggle to analyse species above the MDa range, because they require ionisation to manipulate particles, and this becomes particularly difficult for “heavy” particles. The nanomechanical mass-spectrometry system demonstrated by the French team is the first to analyse particles in the MDa-to-GDa range with efficiency and high precision, and without relying on ionisation.

Nanomechanical resonators “ring” at a specific tone or frequency, and a particle landing on the surface of a resonator will change the resonator’s frequency. The mass of the landed particle can then be inferred from this frequency change.

The team circumvented ionisation altogether: first, their system uses a surface acoustic wave device to nebulise nanoparticles in solution into a mist of small droplets, which are then aspirated into a vacuum system. Then, particles are transported and guided towards the nanomechanical detector using a flow of carrier gas that propels and focuses them into a very narrow beam. Since this beam is still much larger (~ mm2) than a nanomechanical resonator (~ µm2), the team uses not one, but an array of 20 nanomechanical resonators to detect the mass of as many incoming particles as possible.

“In the mass range we are targeting, particles weighing the equivalent of 1 million to 1 billion hydrogen atoms. It is an intriguing range where some particles, just like objects of everyday life, are constituted of an unspecific number of atoms, while others are known to contain specific numbers of atoms of defined masses: like small molecules, they have a defined molecular mass,” said Sebastien Hentz, director of research at CEA-Leti. “This is the case, for example, of the bacteriophage T5 virus capsid we have analysed. To our knowledge, this is the highest molecular mass ever determined by mass spectrometry.”

The research team includes scientists from CEA-Leti, the CEA Biosciences and Biotechnology Institute of Grenoble (BIG), and the Institute for Integrative Biology of the cell of Gif-sur-Yvette (I2BC).

Bacteriophages, which etymologically means “bacteria eaters”, are viruses affecting bacteria. These natural bacteria predators are of high interest to researchers, because the number of antibiotic-resistant bacteria strains has increased at an alarming rate in the past decade, while the number of new antibiotics molecules introduced on the market has decreased.

Bacteriophages are considered promising alternatives to standard antibiotherapies, as they can be engineered to target specific pathogenic bacteria. However, they have not reached their full potential yet, partly because of lack of characterisation techniques for those viruses, which cannot be analysed in their native form by conventional mass spectrometers.


The system demonstrated by the French research team may open prospects for many nanoparticles of biomedical interest, because no commercial instrument can efficiently analyse particles in the MDa-to-GDa mass range today.