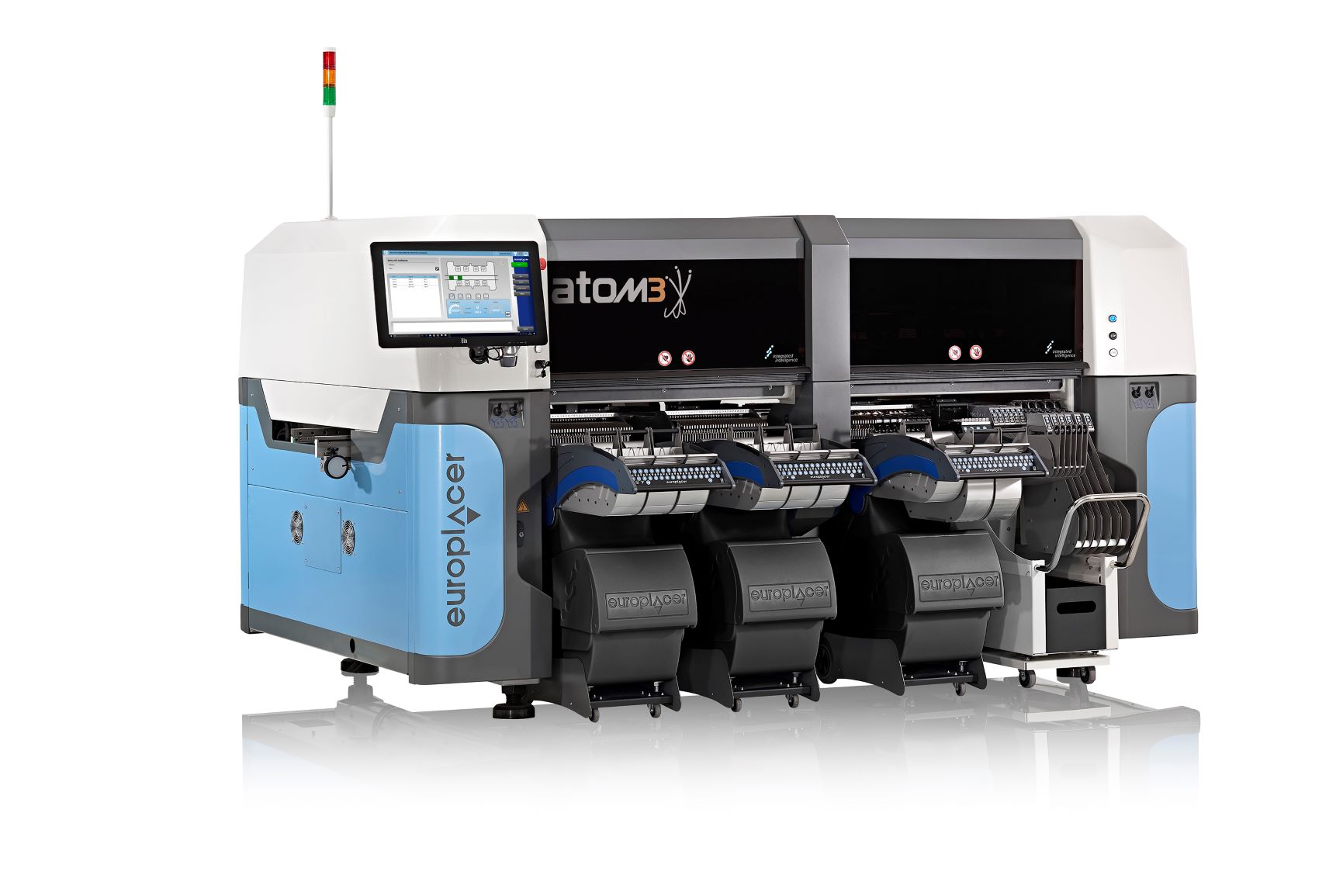 Blakell Europlacer celebrates 50 years in business on 8th July 2020, when the founding company, Blakell Systems Ltd, was registered and incorporated in Britain by Pat Kellard (pictured):

In the half-century that has passed, the Blakell business has gone from strength to strength and is known worldwide for its ultra-flexible Europlacer surface-mount component placement platforms and premium Speedprint screen printers. The Blakell Europlacer Group is now the world’s largest independent manufacturer of SMT equipment and assembly solutions.

Blakell Systems Ltd was originally a general engineering company manufacturing a variety of products from traffic lights and forklift trucks to engine washing systems before entering the electronics market. Its first electronics product was a light-guided system for the semi-automated hand assembly of boards with through-hole components. With the acquisition of Ambotech in 1987, Blakell Systems Ltd moved into the automatic component placement industry. Ambotech designed and manufactured the ‘Robin’ range of fully automatic radial and coaxial placement machines for through-hole assembly.

The Move into SMT

Europlacer itself was also developing equipment for electronics assembly as far back as the 1970s. The company was initially known as Numergo and then Eurosoft Robotique. In the 1980s, it invented the intelligent feeder concept and was the first to develop a placement platform that embraced it. That feeder concept is still used today at Europlacer and has since been imitated but never equalled by almost every pick & place company.

Under its new ownership, the Europlacer product team initially developed the EP928 pick & place platform, which deployed ‘moving table and substrate’ mechanism. That motion system is now-obsolete, though is still in use by some pick & place manufacturers today. The Europlacer engineers quickly realised that moving table technology cannot meet the greater accuracy and performance demands driven by increasing SMT miniaturisation. So they set about developing a robust X-Y moving gantry architecture combined with rotary turret head technology.

This was the foundation of Europlacer’s new-generation surface mount placement platforms, used in popular machines like the EP400 and EP600. It proved to be a dynamic precision-engineered approach that has underpinned the company’s pick & place products ever since. In addition, the EP600 offered the largest number of intelligent feeders in the market with a total count of 198 x 8mm reels plus a large internal matrix tray, making it a highly flexible machine. That progressive philosophy of large on-machine inventories set the scene for future Europlacer platforms.

In 1998, the Blakell Group added to its assembly solutions portfolio with the acquisition of Speedprint Technology – a specialist SMT screen printer manufacturer that is now pre-eminent in its market sector.

Company Founder Pat Kellard, a true industry legend, started small but strong with a £10 business investment in 1970. The company is still strong. But not so small. In the past year, the Blakell Europlacer Group returned a revenue of £30 million, has 700 customers in 40 countries and employs more than 180 staff located around the globe. Several current members of staff have more than 40 years of service. But some things remain unchanged. One characteristic that differentiates the company from its competitors stems from Pat Kellard’s strong Christian beliefs. Pat founded the company on those beliefs and supported charitable causes from business profits. That faith guides Europlacer to this day through owner Parable Trust, a not-for-profit private organisation founded on Christian moral and ethical values that acquired Blakell Europlacer in 2013. Under Parable Trust, the Blakell Europlacer Group continues to dedicate a share of its profits to charitable causes.

Europlacer recently adopted the statement PAT: Performance, Adaptability, Trust into its logo as a declaration that not only highlights its core business and ethical values, but also serves as a timely homage to founder Pat Kellard. “What we are now is entirely formed from what we were then,” explains chairman Robert Conway. “Pat Kellard laid down very solid foundations.”

Since its initial move into surface mount under Pat Kellard, Europlacer has developed and produced more than a dozen SMT pick & place machine models; many are still in use around the world, thanks to a policy of backwards compatibility. Today, the atom platform stands as the flagship of the company’s product range. But it is Europlacer’s highly flexible iineo platform that’s the most popular machine the company has ever manufactured, with 550 installations worldwide.

If all those iineo machines were placed end-to-end in a single production line, it would be 1,595 metres (5,233 feet) long – just short of a mile. Like the atom, iineo is famous for its huge on-machine component inventory which is a feature loved by contract manufacturers as it reduces product changeover times to help boost real-life productivity. Between them, all the iineo machines produced to date could accommodate no less than 147,700 x 8mm tape reels.