Electronic chip acts like the brain to make memories 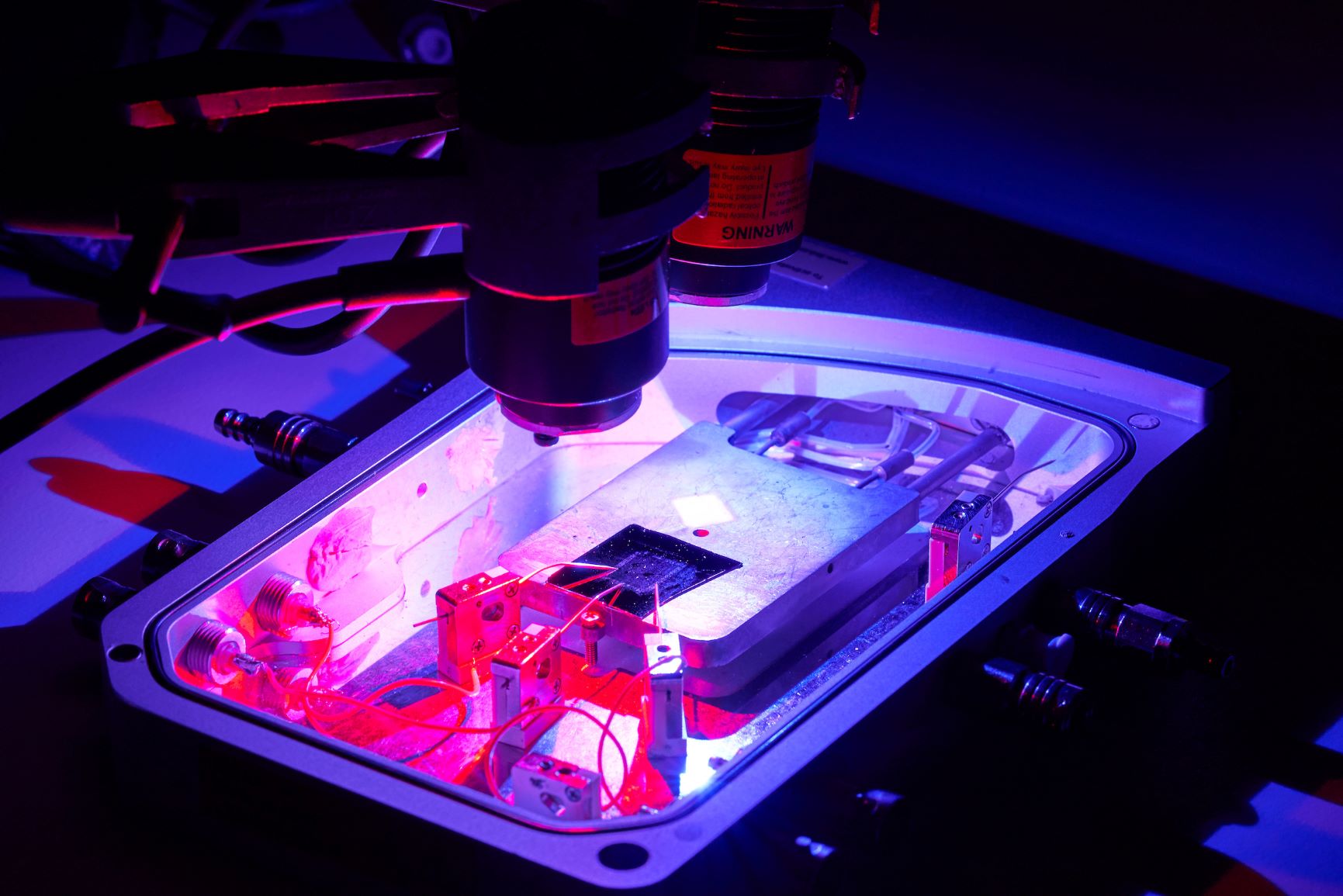 Engineers have mimicked the human brain with an electronic chip that uses light to create and modify memories.

Researchers from RMIT University drew inspiration from an emerging tool in biotechnology – optogenetics – to develop a device that replicates the way the brain stores and loses information. Optogenetics allows scientists to delve into the body’s electrical system with incredible precision, using light to turn on and off neurons. The electronic chip is based on an ultra-thin material that changes electrical resistance in response to different wavelengths of light, enabling it to mimic the way neurons work to store and delete information in the brain.

“Our optogenetically-inspired chip imitates the fundamental biology of nature’s best computer – the human brain,” said Walia. “Being able to store, delete and process information is critical for computing, and the brain does this extremely efficiently. This technology takes us further on the path towards fast, efficient and secure light-based computing. It also brings us a step closer to the realisation of a bionic brain – a brain-on-a-chip that can learn from its environment just like humans do.”

The team simulated the brain’s neural approach by shining different colours on to the chip.

“This technology creates tremendous opportunities for researchers to better understand the brain and how it’s affected by disorders that disrupt neural connections, like Alzheimer’s disease and dementia,” said Dr Ahmed.

The researchers, from the Functional Materials and Microsystems Research Group at RMIT, have also demonstrated the chip can perform logic operations – information processing – also in sync with brain-like functionality.

Developed at RMIT’s MicroNano Research Facility, the technology is compatible with existing electronics and has also been demonstrated on a flexible platform that can be easily integrated into wearable electronics.

Neural connections happen in the brain through electrical impulses. When tiny energy spikes reach a certain threshold of voltage, the neurons bind together, which creates the memory.

On the chip, light is used to generate a photocurrent. Switching between colours causes the current to reverse direction from positive to negative. This direction switch, or polarity shift, is equivalent to the binding and breaking of neural connections, a mechanism that enables neurons to connect – and induce learning, or inhibit – and induce forgetting. The operation is akin to optogenetics, where light-induced modification of neurons causes them to either turn on or off, enabling or inhibiting connections to the next neuron in the chain.

To develop the technology, the researchers used a material called black phosphorus (BP) that can be inherently defective in nature. This is usually a problem for optoelectronics, but with precision engineering the researchers were able to harness the defects to create new functionality.

“Defects are usually looked on as something to be avoided, but here we’re using them to create something novel and useful,” said Dr Ahmed. “It’s a creative approach to finding solutions for the technical challenges we face.”