Designing productively for a hybrid architecture 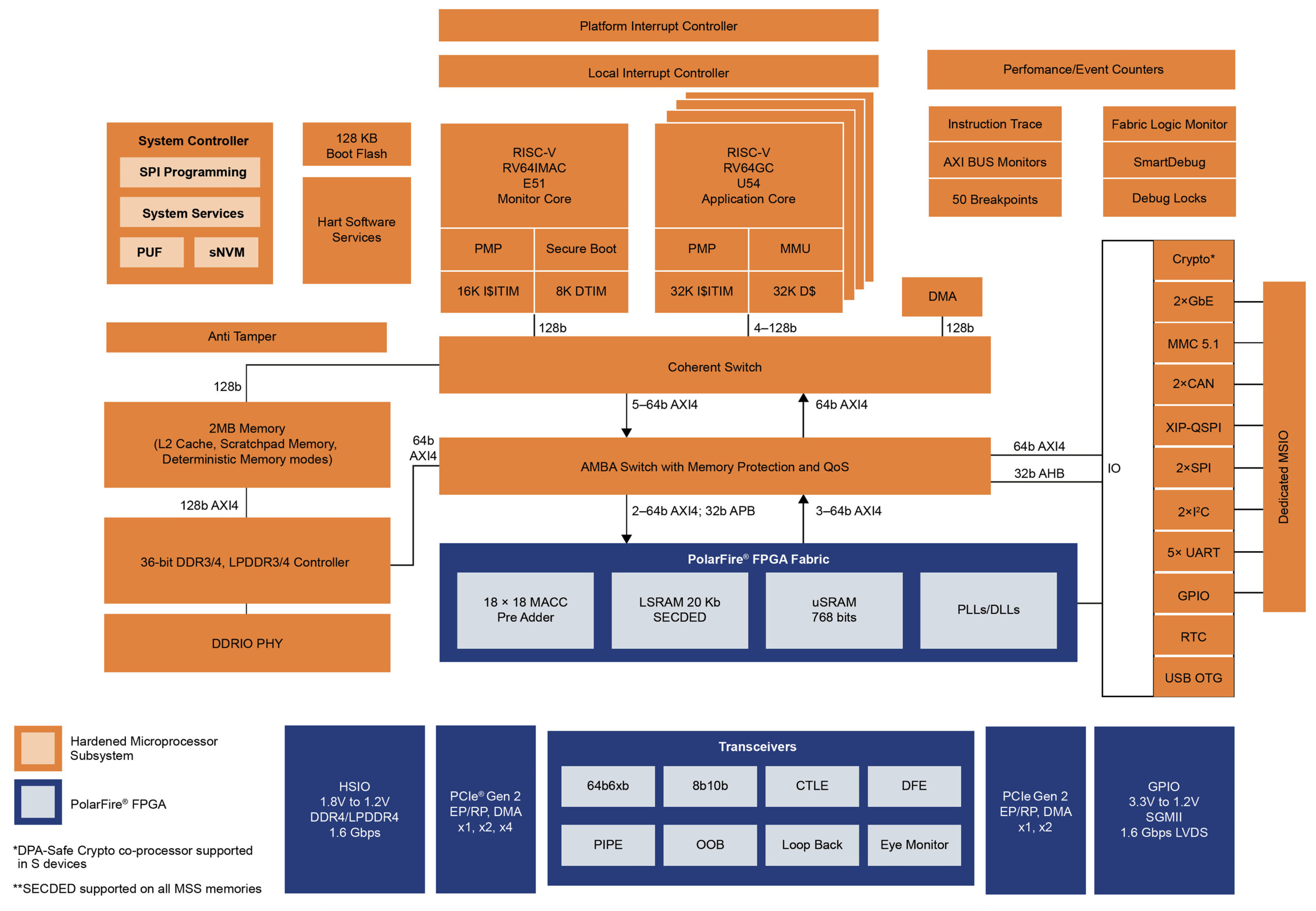 The inexorable progress of integration in semiconductors has been blurring the boundaries between different types of components for many years. By loading up one type of component with IP from a different kind, a sensor can become a machine-learning inference engine, a microcontroller can be made to behave like an applications processor, and non-volatile memory can provide a secure hardware root-of-trust – a capability that normally requires a dedicated secure element.

In late 2019, this blurring took another step forward with the merging of two types of system with almost entirely different sets of attributes: FPGAs and processors running real-time applications in a Linux operating environment. We say “different set of attributes” because an FPGA consists of a programmable hardware fabric that supports parallel processing, whereas a processor is a fixed Instruction Set Architecture (ISA) hardware platform that executes and supports serial processing of instruction threads.

The 2019 introduction of the Microchip PolarFire SoC FPGA (Figure 1) bolted together these two platforms into a single system-on-chip that provides:

With this combination, electronics system designers have a single chip with low power consumption, high thermal efficiency and defence-grade security of an FPGA, and the deterministic execution capabilities provided by a fast processor.

At the heart of the PolarFire SoC FPGA is a deterministic, coherent CPU cluster of 4+1 RISC-V cores; see Figure 2. RISC-V is a free and open functional specification for a processor’s ISA, and is backed by a growing ecosystem of development professionals, specifications, software and other resources.

For the CPU cluster in the PolarFire SoC, Microchip has developed its own hardware architecture in collaboration with SiFive. A unique feature of the Microchip implementation is the freedom to turn off CPU branch prediction and make the memory sub-system fully deterministic. This eliminates all variation in execution time whilst maintaining the high processor performance provided by the four RISC-V cores and relying on the deterministic features of the PolarFire FPGA.

The fifth core, a monitor core, is used to manage the boot process and system configuration. Unlike the application processing cores, it does not include virtual memory support.

All the SoC’s memories feature ECC with single error detection, providing a very high level of data integrity – a mandatory requirement in safety-critical applications, for instance in aerospace systems.

PolarFire SoC FPGA’s low power is clearly advantageous in battery-powered systems or in any system, since there’s no need for a heat-sink or fan, reducing system cost, size and weight, and improving its reliability.

Alongside the mid-density FPGA portion of the PolarFire SoC, Microchip has also implemented an architecture that provides a real-time deterministic multi-processing. To run operating-system software on a multi-core system, an MPU manufacturer can choose one of two types of multi-processing architecture:

Certain features of a typical SMP architecture, such as branch prediction and cache misses, make it impossible for the SoC to operate deterministically. Execution time is inconsistent and cannot be guaranteed because every core is exposed to periodic interrupts. By contrast, the AMP implementation allows the user to carve out a part of the cache memory and reserve it for a real-time application’s exclusive use. The PolarFire SoC supports both SMP and AMP modes, giving that choice, and even allowing a change of modes during field updates. Once the AMP mode is configured in the PolarFire SoC, the real-time application can run on one of the application cores, a real-time core in which branch prediction has been turned off; see Figure 3.

This hardware structure supports the fully deterministic operation of real-time functions alongside the Linux OS. In addition, Interrupt Service Routing (ISR) execution times are deterministic – a claim which cannot be made as confidently for an SMP architecture implemented on an equivalent quad-core microprocessor based on Arm Cortex-A technology.

A hybrid FPGA/MPU SoC offers a unique ability to meet the requirements of certain kinds of application with a single chip. An application that concurrently performs local inferencing based on a machine-learning model and controls in real time the operation of a safety-critical motor, for instance, can implement the AI functions in the PolarFire SoC’s FPGA and the safety-critical controls on the multi-core processor.

The presence of both an FPGA and an MPU on the same chip, however, means that the system design team has to straddle the two worlds – FPGA and microprocessor – and work in two independent design environments. Both the PolarFire SoC’s toolchains feed into a configurator which generates:

The interaction between the two IDEs is shown in Figure 4.

Fig. 4: The relationship between the Libero IDE for the FPGA and the SoftConsole IDE for the MPU

Design simulation is also supported by separate tools: Renode for the software running on the multi-core processor part, and ModelSim for the FPGA part of the SoC. Microchip has also made good provision for debugging the complex applications that will run on the PolarFire SoC. Its on-chip-debugging mechanism communicates through a JTAG interface to debug tools:

The PolarFire SoC, then, offers the advantage of integrating in a single chip both programmable hardware capabilities and a high-performance, multi-core platform for software applications. This hybrid architecture does entail the use of two development environments in parallel, but Microchip has taken great care to provide the user with a comprehensive set of tools which are extremely well integrated, and provide the capability for design teams to work productively in: