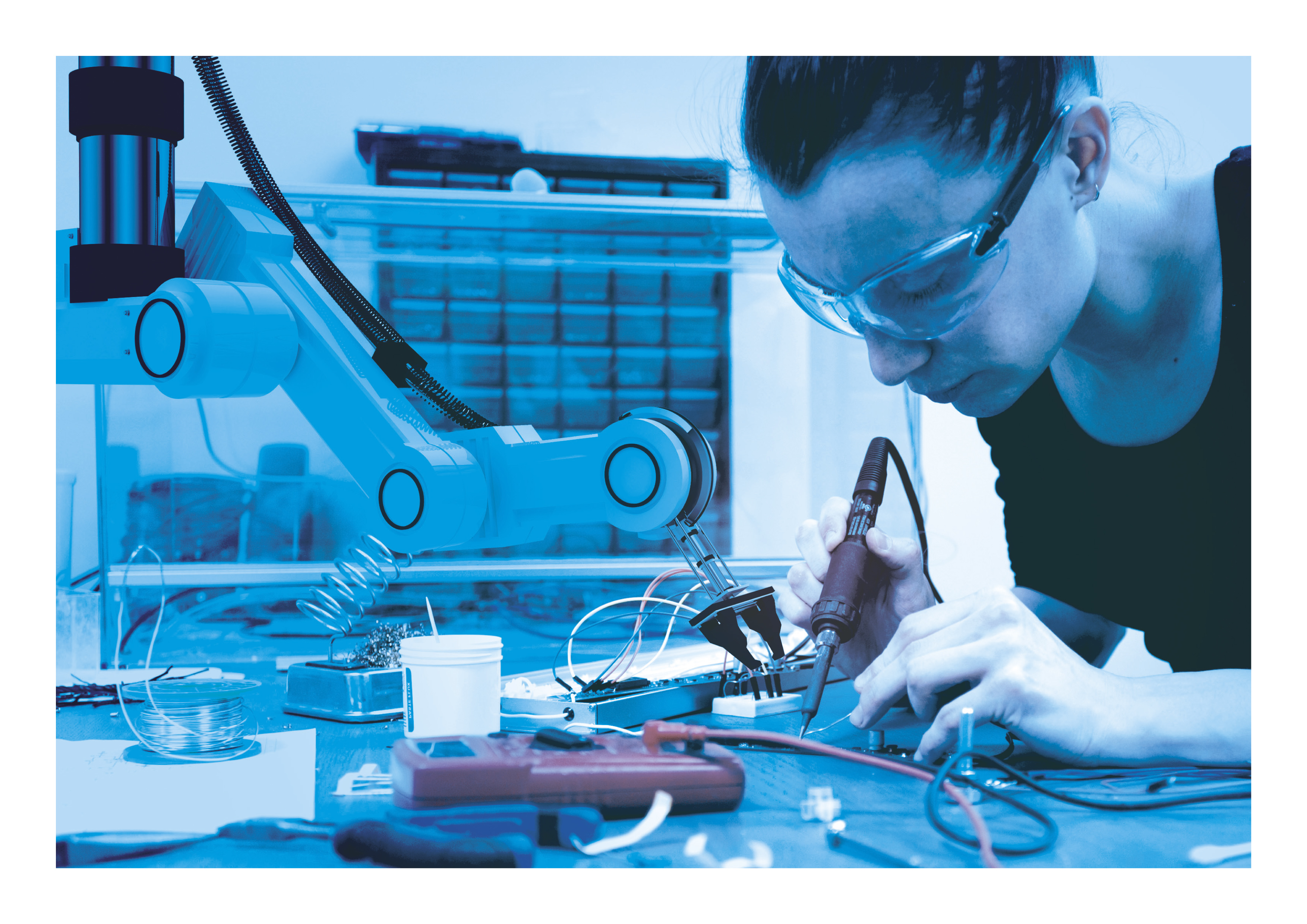 Collaborative robots, or ‘cobots’, are an exciting development for many industries, promising to increase productivity and reduce costs by assisting human workers with manual or repetitive tasks. For those creating tomorrow’s cobots, these machines’ unique requirements mean they demand a significant design shift compared to traditional industrial robots, particularly when it comes to safety.

Conventional industrial robots are designed to operate independently, delivering optimal productivity, typically with no human assistance. For safety, these traditional robots almost always require physical separation from humans on the factory floor: either the machine is enclosed completely or separated from people by some kind of barrier. If a human (or object) crosses one of these thresholds, it will generally trigger an emergency stop from the robot. When a human does need to get up close to an industrial robot for maintenance or reprogramming, the machine will first be switched off and its moving parts secured.

Cobots, on the other hand, are specifically intended to share workspaces with humans. They also need to perform different types of tasks from their conventional cousins. For these reasons, they bring new design challenges.

First, the cobot should interact safely with humans and delicate equipment. Second, the cobot cost needs to be low enough to use them in applications where conventional industrial robots are not cost-effective. Third, cobots must operate at speeds compatible with the work rate of the human(s) they’re assisting. And finally, cobots need to run quietly, cleanly, be sufficiently lightweight and compact, and quick and easy to program by workers who aren’t robotics experts. This last point is particularly important, because high-mix production is an area where cobots can offer distinct advantages over their conventional industrial counterparts.

The good news for cobot designers is that there are international standards to look to for guidance. ISO 10218, for example, contains some guidelines for cobot design, while the ISO/TS 15066 specifically addresses cobot safety. While the latter is currently a voluntary document, it’s expected to become the basis of a future standard. It covers the design of the workspace, the way the cobot itself operates, and the transitions between the machine’s collaborative and non-collaborative operations.

The specification goes into great detail on how to implement four key collaborative operation must-haves: the safety-rated monitored stop, hand-guided operation, speed and separation monitoring, and power and force limiting.

The safety-rated monitored stop is where the robot ceases moving when a human comes into the collaborative workspace. It ensures the cobot and co-worker don’t move at the same time and is mainly used when the cobot is quickly shifting large or heavy components around the workspace.

A hand-guided operation is where the human co-worker physically moves the cobot’s arms to accomplish a particular task. Before they can do this, the cobot needs to perform a safety-rated monitored stop. Hand-guided operation can be used for humans to assist the cobot when lifting something, or for tasks that are highly variable.

Speed and separation monitoring enable the cobot and humans to move around the same space at the same time. To do this, the cobot must detect how close it is to a human co-worker. While there’s sufficient distance between the two, the cobot operates at medium speed; as they get closer together, it slows down, and once a certain vicinity threshold is passed, it will perform a safety-rated monitored stop.

Lastly, power and force limiting are essential, given the chance of contact between cobot and human. This needs to consider both static contact, when, for example, the robot might clamp part of the human between itself and another physical surface; and transient contact, when the cobot hits a worker, but the worker can then recoil.
Some of these capabilities can be implemented using technology adapted from conventional industrial robots, but others require new engineering techniques, in particular speed and separation monitoring and power and force limiting. ISO/TS 15066 has guidance on what acceptable forces are, linked to human pain and injury thresholds. It also contains guidance on other measures to minimise the chance of injury to cobots’ co-workers.

As with any new technology, cobotics brings fresh design challenges. Fortunately, the teams behind tomorrow’s cobots can now look to new standards and technical specifications for guidance. More guidelines will inevitably become available as this market matures. Alongside them, component manufacturers are also playing a role, creating cobot-specific parts that blend the necessary electronics, sensors and physical mechanisms for these pioneering machines.

This combination of standards and parts is empowering engineers to create ever-more innovative and exciting collaborative robots – machines with the potential to truly revolutionise the industrial workplaces.