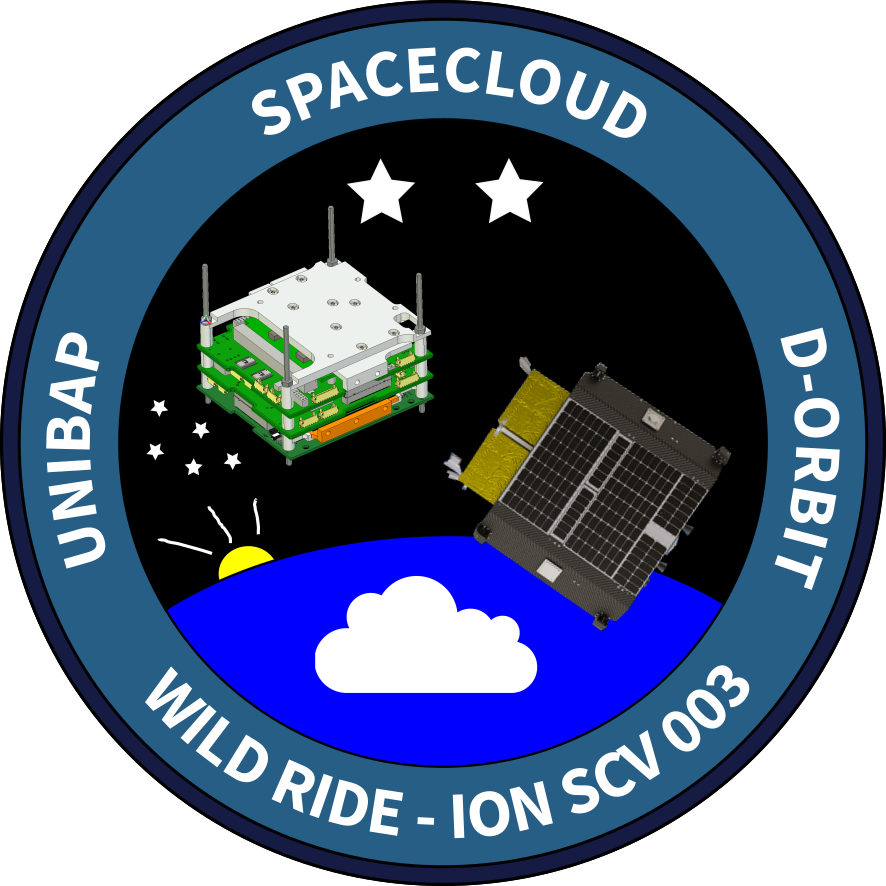 Geostationary satellites are 36.000 kilometers away in space, yet our everyday systems – television, navigation, communication, weather forecasts, as traffic monitoring, and more –  all rely on them.

In traffic-monitoring applications, satellite sensors capture image data to be sent to and evaluated by Earth stations. Most of the time, this approach works smoothly, as response times are sufficiently long and not every second counts. However, when evaluating data in near real time, say in cases of potential air traffic collision, the limits of what is possible are quickly reached.

The reason for the long transmission times lies in the source of the data: colour images obtained in space often have a resolution of 25-130 megapixel in video mode, and a single uncompressed image easily generates 75MBytes of data. At 30 frames per second, this would require a transmission bandwidth of 18Gbit/s.

The bandwidth of a connection to a nanosatellite orbiting the Earth in 400-600km can reach Gbit/s but is generally only around 50Mbit/s, so demand by far exceeds performance. The larger satellites can generate terabytes of data per day; satellite communication ground stations are spread around the Earth, each prioritised differently, which adds latency to the data chain.

By installing a space cloud directly in the satellite, Swedish company Unibap is addressing the problem of data latency. Its solution, called SpaceCloud, uses artificial intelligence (AI) to decide locally which data is relevant. Instead of sending massive raw data streams, it only transmits necessary data to the ground station, such as analysis results and positioning commands; see Figure 1.

There are several reference apps that demonstrate how cloud technology can be used in space, for example to do advanced image and video compression, analyse scientific data, perform precision agriculture and recognise vehicles, ships or aircraft using machine learning. The development environment uses pre-analysed satellite images for this. In principle, the development system is also suitable for any deep-learning application.

Inibap’s SpaceCloud made its maiden flight aboard the D-Orbit’s ION WILD RIDE mission on 30 June 202; see Figures 2 and 3.

Despite the harsh environment it will reside in, the Unibap solution uses standard components, including AMD’s Ryzen Embedded processors. To qualify for use in orbit, Unibap had to prove its solution was fit for operation in extremely harsh environments with the lowest possible power consumption. The stresses caused by acceleration and vibration, pressure, heat fluctuations and cosmic radiation are so high, that, in the past only, components developed specifically for space application qualified.

The Swedish engineers conducted tests on standard processors from different manufacturers and found that AMD Embedded technology is inherently resistant to cosmic radiation. Unlike sunlight, cosmic rays are not electromagnetic radiation, but a stream of highly-energetic particles, such as protons, electrons and ionised atoms. The particles can generate so-called single event effects (SEE) in the semiconductor components, causing interference, data loss and destruction of transistors through single-event latch-ups (SELs).

In aerospace applications, where data integrity is a top priority, every single computation and every autonomous decision must be error-free for reliability and safety. This makes it extremely important to protect data stored in RAM from error and to ensure that the CPU and GPU computations follow the code strictly. AMD SoCs therefore provide additional error correction memories, an important feature that helps to correct data errors in memory, triggered by SEEs.

In addition to its resistance to cosmic rays, Unibap also chose AMD processor technology for another reason – the integration of CPU and GPU, highly suitable for heterogeneous vision and AI computing applications.

The software ecosystem for deep learning is comprehensive and mature, too. Open standards such as OpenCV (Open-Source Computer Vision) and OpenCL (Open Computing Language), as well as the AMD ROCm open software platform, provide a broad foundation for advanced computing with seamless CPU and GPU integration. ROCm is the first hyperscale open-source platform for accelerated computing, that is also independent of any programming language. It offers the UNIX philosophy of choice, minimalism and modular software development for CPU computing. Application developers are free to choose the tools and the language runtime, or even develop their own – as Unibap did.

In addition,the ROCm ecosystem encompasses a wide range of freely available technologies – from frameworks (Tensorflow/PyTorch), libraries (MIOpen/Blas/RCCL) and programming models (HIP), to support for interconnected (OCD) and forward-compatible Linux kernel distributions – and the platform is constantly optimized for performance and extensibility. The tools, guidance and insights are openly shared in the ROCm GitHub community and related forums.

SpaceCloud uses several products from the AMD Embedded portfolio, including the AMD Ryzen Embedded V1000 processor family, which combines the performance of the AMD Zen CPU and Vega GPU architectures in a SoC. The iTemp variant of the rugged AMD Ryzen operates at temperatures as low as ‑40°C. AMD Secure Run technology encrypts data in main memory and provides cryptographic isolation from virtual machines, clients and even the hypervisor itself, making it suitable for small-edge clouds in applications where multi-vendor solutions are to be unified.

Unibap is currently testing the next evolutionary step with the AMD Ryzen Embedded V2000 series, where core count as well as performance per watt have doubled compared to the previous generation. Since the radiation behaviour is unique for each processing node, dedicated testing is required for each new product, to verify its suitability for space and aerospace applications. For the V2000 series, AMD plans up to ten years product availability, giving space engineers a long roadmap of support.