Can the planet afford all these IoT sensors? 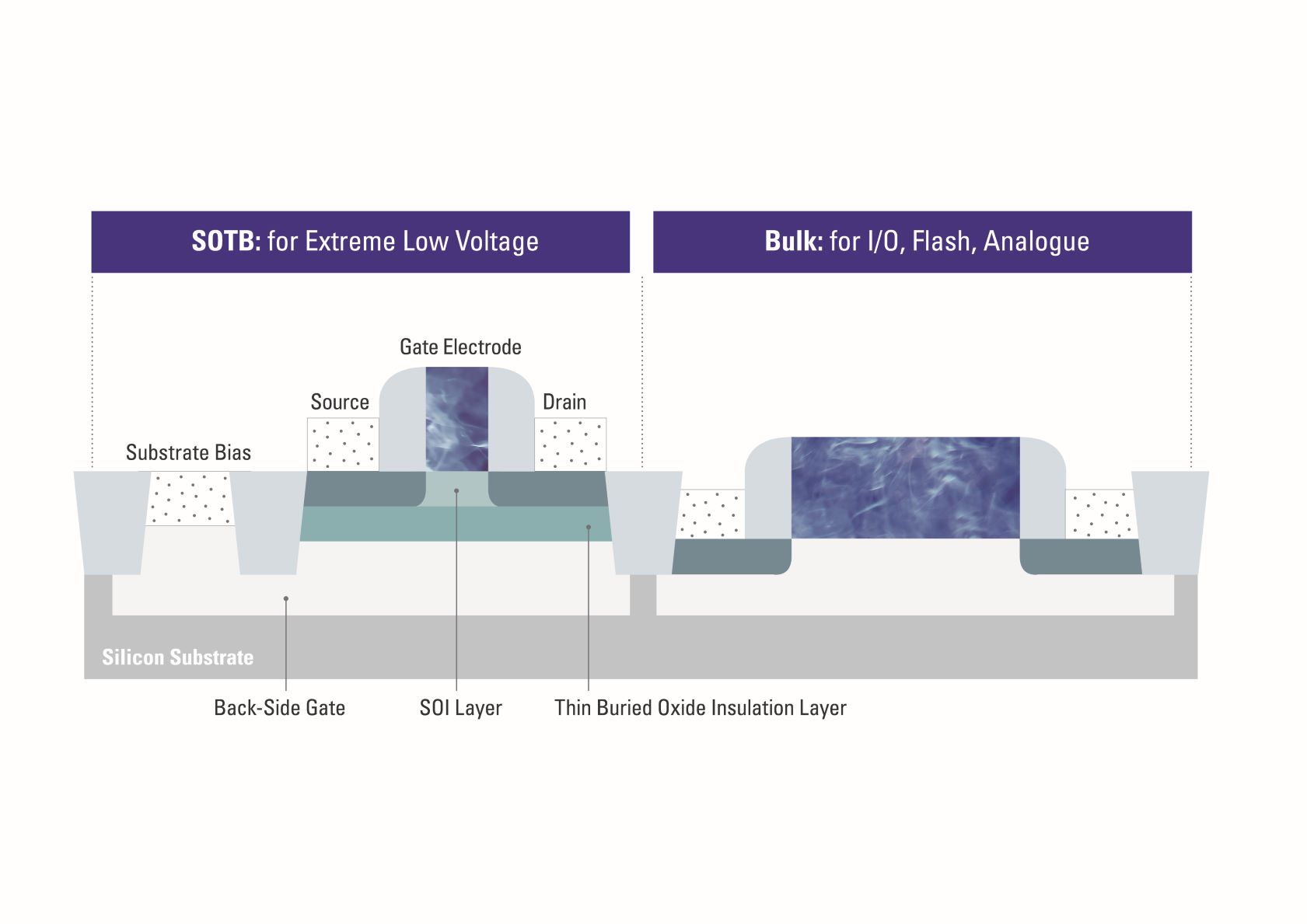 Even though the Internet of Things (IoT) is yet to be truly established as a seamless network of communicating intelligent devices, there’s a growing number of supporting sensors being connected to the cloud already, which poses an obvious question: can our planet afford its power demands?

The IoT promises many benefits, with billions of linked devices providing information for efficient management of our daily tasks, from the personal to the industrial level, as well as of our cities, roads and transport infrastructure. Although managing large networks of devices, provisioning each device and connecting it to the cloud are successfully handled, the IoT also brings many problems with it, including power supply and its tight management. Can our planet really afford the demands of the IoT, at least in its current form? What will be the real impact of billions of sensors? As a way of example, the electricity consumed by the new generation of smart communicating meters will require a new power station, says one utility company. So, how can we satiate billions of smart devices with power?

Sensor modules typically consist of an analogue front-end, a microcontroller, radio and a power supply. When embedded into IoT devices, their true benefits are realised with wireless communication.

Battery technologies have tremendously improved over the years, increasing battery energy density and effective lifetime. However, much of these improvements have been driven by increased use of more exotic – and often toxic and dangerous – materials. Many batteries now use lithium, with its obvious explosive potential, and then there are the electrodes which use metals such as cadmium, cobalt or manganese. Whilst these materials are reasonably abundant, they are often only available in fairly inaccessible locations and can be dangerous to handle.

Not only do the battery materials themselves pose some risks, but due to the environmental concerns, it’s becoming more likely that future legislation will restrict the use of some of them, and force the user or product manufacturer to dispose of these materials safely at the end of product life.

Then, there are the costs of replacing the battery, including that of the new battery itself, the personnel required to replace it and the systems that ensure it is replaced on time, assuming it is easily accessible.

The only real solution to these problems is to remove the battery completely or, at the very least, minimise its size and rely on energy present in the local environment to power the device. A most promising way is energy harvesting, predicted to become the most important power source to drive IoT devices in the future.

Energy is present in the environment around us, whether in the form of light, heat or vibration, and many companies are working on providing solutions to harvest this energy. However, until now, the small amounts of harvested energy have been insufficient to power slightly complex devices.

With the latest generation of harvesting technology and ultra-low power semiconductor processes, it is possible to create intelligent communicating devices that can operate wholly from energy harvested from the surroundings.

The new RE range of energy-harvesting microcontrollers from Renesas are based on its Silicon on Thin Buried Oxide (SOTB) process, which addresses the issues of small size, low power, high performance and greater functionality – see ‘SOTB’ box. The first member of the RE family, the RE01, combines a 64MHz Cortex M0+ core with 1.5Mbytes of flash, 256kbytes of on-chip SRAM, and many peripherals. The device includes complex and low-power timer functions, advanced analogue functionality, and a Memory-in-Pixel (MiP) display driver; see Figure 1.

Due to its size and functionality, the RE01 is ideal for many wearable and medical applications, as well as for a wide range of industrial applications. The device consumes just 20µA/MHz in active mode and 150nA in standby and offers many specially-designed low-power peripheral functions. In addition, it has an analogue-to-digital converter (ADC) that consumes less than 3µA whilst sampling a single channel at 1.6kHz with 14-bit resolution.

Figure 1: The RE01 embedded controller for energy-harvesting applications

The RE family is designed to power portable devices without a major impact on the environment, which primarily comes from batteries. Implemented in every member of the RE family is a unique Energy Harvesting Controller (EHC) that allows energy to be harvested from a wide range of different renewable energy sources, as well as enabling the device to automatically control an external rechargeable battery or supercapacitor; see Figure 2. The EHC can also supply power from harvested energy to external devices, such as radios and sensors, enabling a complete, intelligent, communicating system.

One of the biggest problems with any embedded device in energy-harvesting applications is the inrush current – the current a device demands upon switch-on. This is typically quite large, swamping most energy-harvesting power sources and causing incorrect device operation. The EHC is designed specifically to avoid this problem, by managing the small amounts of energy available to safely and reliably start up the embedded controller. Devices with EHC on board can start up from as little as 5µA, for almost the first time enabling real energy-harvesting applications for a more powerful class of application.

Figures 2: The energy-harvesting controller, or EHC

With the correct power-customising circuitry, the EHC enables these devices to operate with a wide range of different power sources, including a wide variety of solar or photovoltaic (PV) cells, vibration harvesters and thermal harvesters.

Renesas is working with several companies in the field of energy harvesting to provide proof-of-concept systems that will demonstrate the benefits of these solutions. With high conversion efficiency, PV energy harvesting devices by Oxford-based Lightricity plough up to six times more power into a sensor, avoiding multiple replacements of coin cell or AAA-AA type batteries. This power boost can be used to provide greater device functionality or to reduce the physical dimensions of the complete system to only a few cm2.

Lightricity’s energy-harvesting component can provide a perpetual source of energy for power-hungry building automation air-quality sensors. An autonomous wireless CO2, temperature, light and humidity sensor perpetually performs and transmits environmental measurements every 2.5 minutes at 200lux, using only a 10cm2 PV device. Over a typical product lifetime of about 10 years, some 150 battery replacements can be avoided, making significant maintenance and battery cost-savings for the end user.

Another interesting example is harvesting energy from vibration generated by machines and motors. This is especially useful when sensors are located in inaccessible places, such as inside machines, for example. Kinergizer, based in the Netherlands, can power wireless sensors with vibration-energy harvesters, again significantly saving on costs of battery replacements. Kinergizer’s unique wide-band technology enables harvesting in a wide range of frequencies for industrial applications, including condition monitoring and asset tracking.

Enabling a new class of intelligent devices powered from energy in the environment can sense and communicate that information, partially or completely battery-free. Maybe now, with such technology, our planet can truly afford the Internet of Things.

Under the aegis of the Japanese government’s Low power Electronics Association and Project, or LEAP, initiative, Renesas has developed a new semiconductor process to address the problem of high-performance, small transistor structures, consuming little power, yet allowing greater peripheral integration, including on-chip memory. The process is known as Silicon on Thin Buried Oxide (SOTB), which avoids the established interdependency between process geometry and power consumption and aids in creating devices that combine the best low active current with the lowest leakage current.

Semiconductor process nodes are decreasing the transistor structure widths. A typical 40nm process offers high-performance devices with high levels of peripheral integration, including large on-chip flash memories of above 2Mbytes. Operation in excess of 200MHz is not uncommon for such a process. However, while the active switching current of such a process is typically very low at around 50-100µA/MHz, the leakage current from each gate in such small structure widths is very high, resulting in extremely high standby currents, typically in the region of 10-100 µA or more.

To reduce leakage and have low current standby currents, larger process geometries are better, but they restrict the performance and the level of integration of memory and other peripherals.

So Renesas uses a hybrid silicon structure to combine the benefits of its SOTB process with existing standard bulk silicon technology. This means the new SOTB technology is applied to parts of the chip where ultra-low power consumption is required, and standard silicon for features such as the I/O ring and analogue components; see Figure 4. As a result, designers can still work with devices that have similar electrical characteristics to the existing microcontrollers they are familiar with.

The figure also shows some of the benefits of the SOTB gate structure. In a traditional bulk silicon gate design, channel impurities or dopant atoms must be injected into the silicon during the manufacturing process, which enables the gate to conduct when required. The number of atoms injected into each gate is extremely hard to control accurately, so the gate characteristics are variable. This is especially the case with smaller silicon geometries as the number of atoms involved is extremely low, sometimes in the region of 100 individual atoms. This means that there can be a significant variability in the number of dopant atoms in each gate, resulting in a significant variability in the switching characteristics of each gate within the device.

The SOTB gate does not require doping – the characteristics of the gate are controlled by the extremely thin isolation layer within it. Using modern process technology, this is extremely well controlled and repeatable across the device. This means that variations between gates are much lower than with traditional bulk silicon gate design, which in turn greatly reduces the operating voltage and hence energy used for switching the gate.

The SOTB technology also allows the application of negative back bias voltage to each gate, effectively allowing the manipulation of each gate’s switching threshold, either individually or across the total device.

The new process is very promising for a new generation of microcontroller products that will combine the best qualities of both smaller geometry technologies with their high levels of integration and low active current and larger geometry, low leakage current devices.