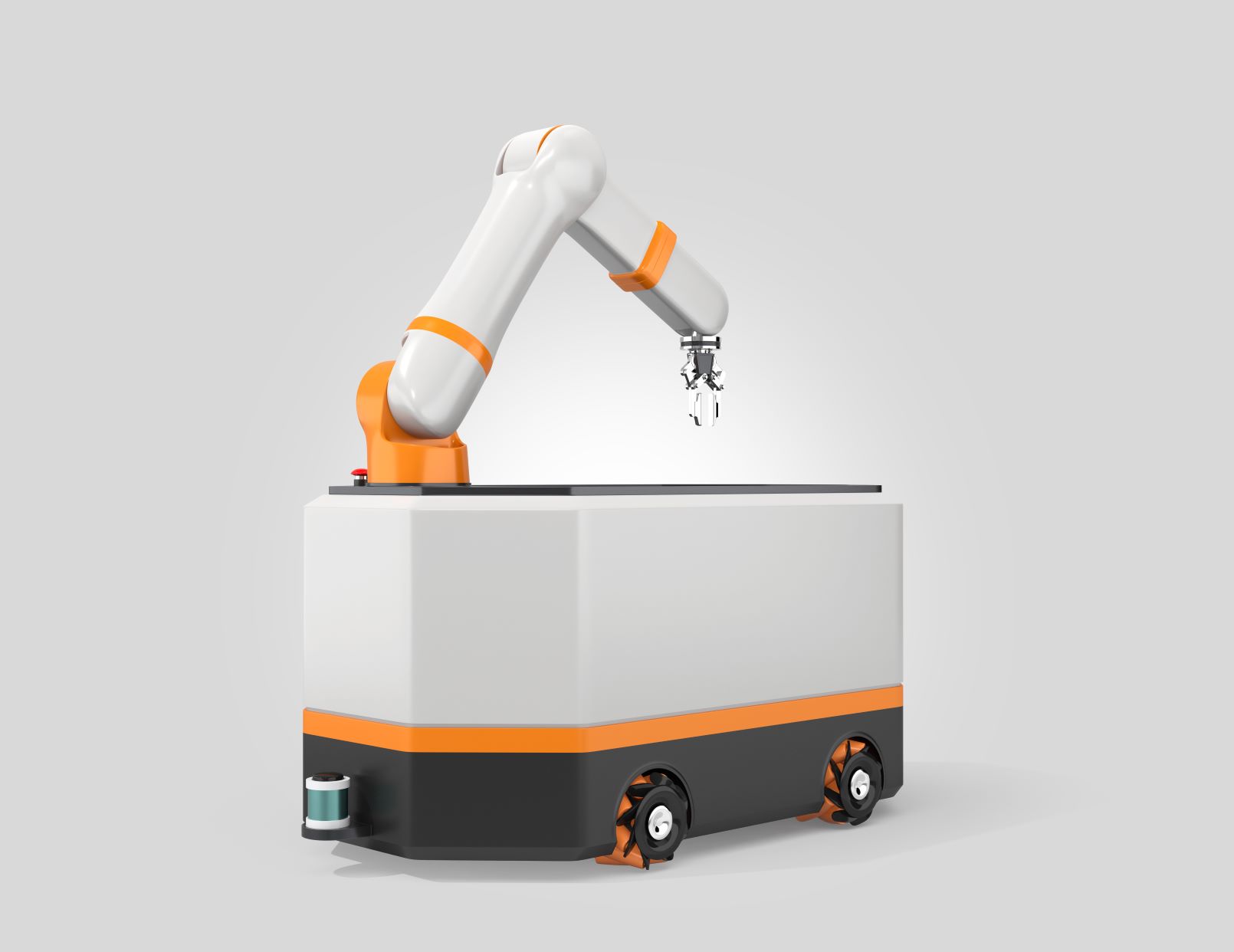 Mobile robots in the form of automated guided vehicles (AGVs) have existed for nearly two decades, but a topical innovation in the sector is creating new power requirements that the battery market must respond to.

Once, mobile robots were limited to warehousing and logistics roles. New advances in collaborative robots (cobots) have introduced production-ready mobile machines with payloads of over 1000lbs. The trend has been a game changer for companies like Kuka, Omron and Clearpath, who have already introduced very advanced systems, with installed applications across North America, Asia and Europe.

Robots such as Kuka’s KMR iiwa and Clearpath’s OTTO are best thought of as AGVs with autonomous navigation and a conventional six-axis robot mounted on top, allowing the machine to be continually reused around the plant. They are often fitted with crane-like feet, allowing the robot to fix in place and provide a stable platform.

The autonomous nature of modern mobile robots is another game changer. Conventional AGVs follow tracks around the plant, which can be very old-style tram-like magnetic lines or very advanced honeycomb-style high-speed systems.

Autonomous robots respond to their environments by gathering data in real time and then making decisions about their tasks – throughout their entire operation. The former models reliably follow a single route, whereas newer models actively change direction and purpose as required.

Keeping AGVs entirely mobile requires portable power such as batteries. There are a couple of different options available for charging the batteries: opportunity charging or battery exchange. Opportunity charging requires AGVs to work in shifts, returning to a charging station several times a day. On the other hand, battery exchange is ideal for getting an AGV back into action quickly, as empty batteries are substituted with fully-charged ones, manually or automatically.

With so many options available, it is no wonder that autonomous mobile robots were one of the key themes of 2019’s Automate trade show in Chicago, US. The trend is so significant that the next Automate show, due in 2021 in Detroit, is expected to be dominated by a new-generation mobile robots.

Generally, the AGV base and the industrial robot running on it use the same battery. As a result, an AGV that might have a run-time of twelve hours can find that run-time to cut in half because the robot is also using it. Fortunately, this is not a health and safety problem, since current robots automatically freeze on the spot when interrupted, which is then their next starting point, rather than attempting to return to a specifically-defined starting position. Nevertheless, this could become a problem when more robots are introduced, especially from less established players in the market. The danger is that future iterations will not share that safety backup.

The rapidly-changing world of robotics, where mounted mobile robots were a fiction just a few years ago, means that battery manufacturers have to develop power solutions just as rapidly. At Accutronics, we offer the Accupro custom design and manufacturing service, which allows us to work with mobile robot manufacturers to deliver exactly what they need, to suit their requirements — from footprint to volume power density.