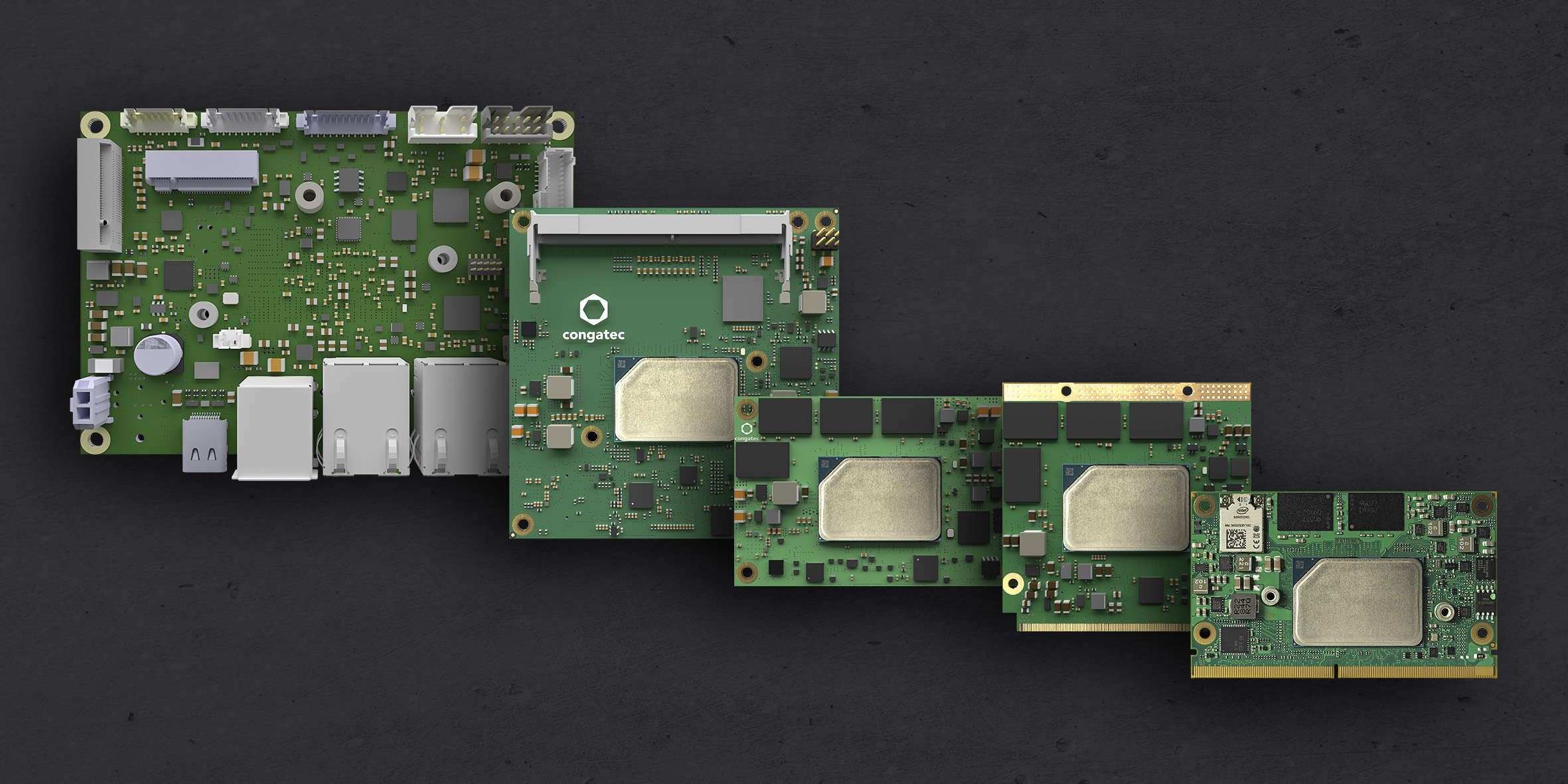 “The combination of rugged real-time operation, real-time connectivity and real-time hypervisor technologies is what we need for IoT-connected industrial applications. Our boards and modules with the new Intel Atom, Celeron and Pentium processors deliver massive improvements in this respect for the automation and control markets, ranging from distributed process controls in smart energy grids to smart robotics, or PLCs and CNCs for discrete manufacturing. Further real-time applications can be found in test and measurement as well as in transportation such as train and wayside systems or connected autonomous vehicles,” explains Jürgen Jungbauer, Senior Product Line Manager at congatec.

Additionally, the new processors are a perfect fit for any non-real-time application as it offers numerous further features and functions that are essential for today’s edge-connected embedded systems such as POS, kiosk and digital signage systems as well as distributed gaming and lottery terminals, to name just a few installations requiring remote machine-to-machine communication.

“The Internet of Things spans an array of devices, technologies, and applications, each with unique demands that often require task specific components, interfaces and even subprocessors. The Intel Atom x6000E Series and Intel Pentium and Celeron N and J Series processors combine state of the art 10nm compute and graphics technologies with a host of integrated functions and I/Os to create a single platform solution for IoT applications,” explains Jonathan Luse, Senior Director, Intel’s Industrial Solutions Division.

Further technical enhancements include up to 16 GB LPDDR4x memory support with up to 4267 MT/s, PCIe Gen3 and USB 3.1 for enhanced data bandwidth as well as onboard UFS 2.1 (Universal Flash Storage). Compared to eMMC, this new storage technology has substantially higher bandwidth, faster data processing and greater storage capacities. All this is offered on the same footprint and can be used even for primary boot and storage. The full benefits of the new processors are explained in the congatec Whitepaper on congatec’s landing page www.congatec.com/Intel-Atom-x6000E.

Detailed feature sets of the different SMARC, Qseven, COM Express Compact and Mini Computer-on-Modules as well as the Pico-ITX SBC can be found in the corresponding datasheets at congatec’s landing page: www.congatec.com/Intel-Atom-x6000E