The reasons electronics engineers must commit to thermal neutrality 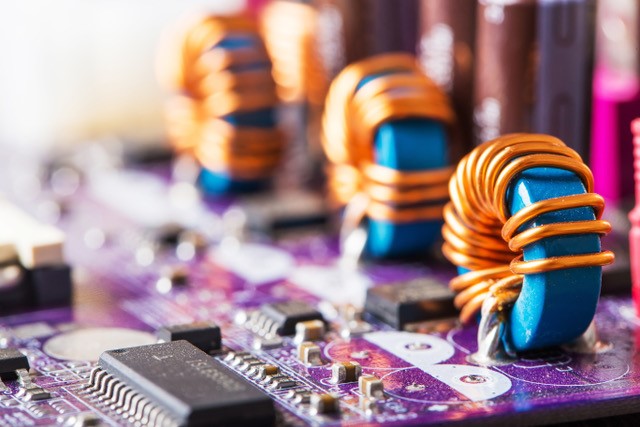 For today’s electronics engineers balancing power, heat and performance in their designs has become much more difficult. As devices become smaller yet more complex, thermal performance has become ever more important. At the same time, as engineers have looked to reduce the costs and timelines involved in their designs, the feasibility of physically testing devices has decreased. Instead, a growing number of engineers now rely on simulation to test the thermal implications of their designs – 6SigmaET’s research suggests over 40%.

But, it’s not just device designers who need to consider potential thermal complications. As components inside devices become increasingly complex, the use of thermal simulation has infiltrated the entire supply chain – from the most basic internal components right through to the end product.

Simulation in the Supply Chain

As the number of interwoven manufactures, designers and engineers using simulation software increases, so too does the complexity of using a non-standardised file format.

Unlike in CAD, where exist many cross-platform “neutral” file formats (such as SAT, STEP, IGES, IDF or GERBER), each thermal simulation software platform uses its own proprietary format. Traditionally these formats can’t be used outside the software they were created in, and often can’t be exported to other simulation suites. As a result, it almost impossible to exchange thermal simulation data between teams, customers and suppliers, or use different simulations tools.

For the most part this has not been a major issue for design engineers as, once a designer has committed to a particular thermal simulation platform, they are unlikely to deviate from it for many years to come. In fact, according to research by 6SigmaET, 40% of thermal engineers have never switched simulation tools, while a further 18% haven’t switched for over three years. Not only has this commitment reduced the need for a neutral file format, it has also proved lucrative for thermal simulation software suppliers who know their customers will stay for life.

Another issue is that thermal simulations are now passed throughout the component supply chain, adding a new layer of complexity. Thermal models are being developed in different platforms, for different components, all the way down the supply chain. If created using separate software packages, the resulting file formats are of no use to the end product designer. As a result, component suppliers are being forced to either use their customers’ preferred thermal modelling platforms, or to completely rebuild their models from scratch every time they want to export a design.

For large component suppliers such as Intel, this means providing multiple models of each component, to make sure that any designer can integrate them without complication. This process often represents hundreds of lost man-hours rebuilding designs, at a significant cost to both supplier and end device designer.

Need for a Neutral File Format

Given this dramatic change in the thermal simulation landscape, it’s become clear that having multiple propriety file formats for thermal simulation is not good enough. Instead, what’s needed is a single, cross-platform Neutral File Format for computation fluid dynamics (CFD) models of electronics.

To address this fact, Future Facilities – makers of the 6SigmaET thermal simulation software – joined with Intel and other simulation software suppliers to address the issue. Joining a public forum at Semi-Therm in March 2018, the group outlined its vision for a potential future neutral file format for thermal simulation. The aim was to produce a human-readable XML-based format that’s simple to implement for each vendor.

Having listened to this feedback, Intel – working with Motorola Mobility – put forward its proposal for a vendor-neutral file format, with David Ochoa, data centre platform applications engineer at Intel, concluding: “After visiting multiple customers, it’s clear that the thermal engineering community must establish a neutral model file format. Intel would like to propose the adoption of a neutral file format to help engineers exchange thermal model data from components to system level, regardless of the software package used.”

With Intel and Motorola Mobility announcing their required specifications for a neutral file format, thermal simulation vendors have been quick to develop and incorporate their own cross-platform file types that meet the strict requirements.

In 2018, following the Semi-Therm discussion, an XML-based ECXML neutral file format was launched. Shortly afterwards, Cadence announced that its Sigrity PowerDC Technology will also adopt the neutral file format. Later, in December, Ansys announced its support of the Neutral File Format, and 6SigmaET has already incorporated it into its solutions.

In 2019, other industry suppliers are expected to come on board and support the adoption of a truly-neutral file format. Once this file type and structure has gained wider acceptance, plans are to officially standardise it via a traditional industry body such as JEDEC. This is not only good news for suppliers, who will no longer have to develop multiple models for their designs, but also for all simulation software users who will have a freer choice of platforms and the opportunity to switch between suppliers to get the fastest and most accurate simulation results for their designs.