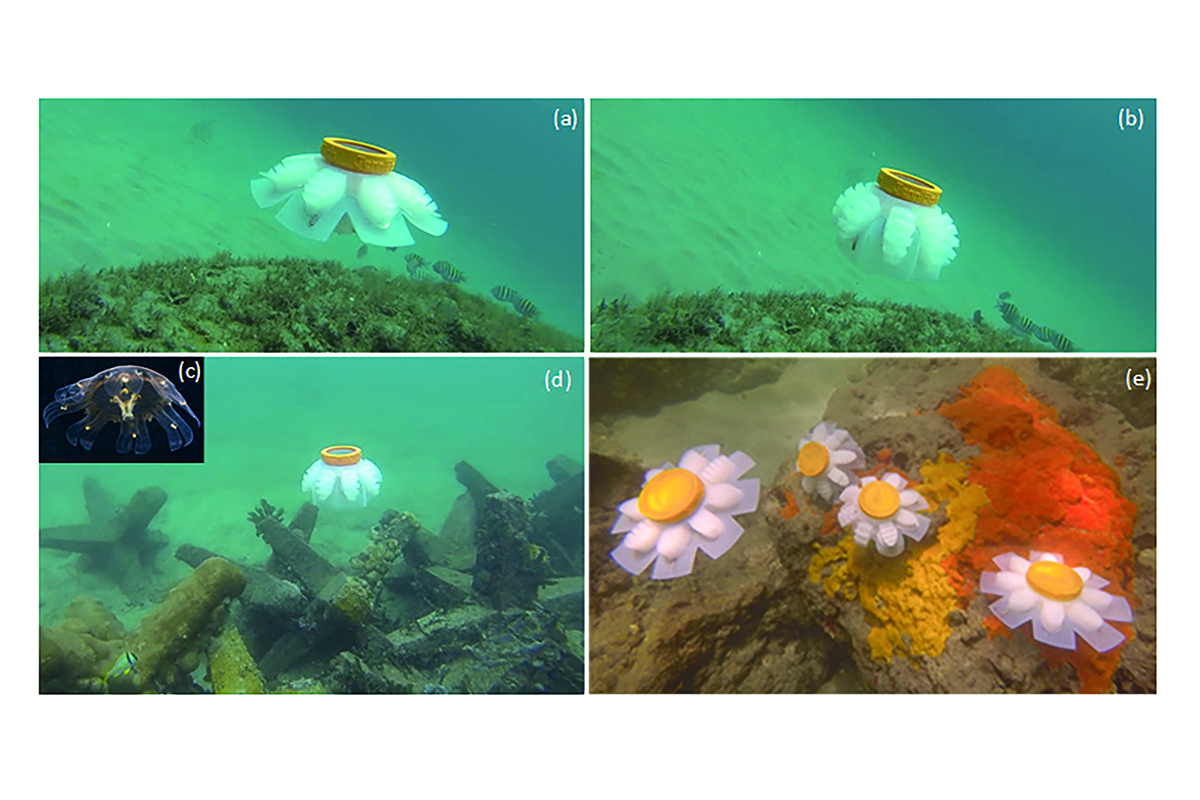 A team of US scientists from Florida Atlantic University (FAU) and the US Office of Naval Research have developed underwater robots to monitor and care for fragile parts of the oceans without damaging them. The robots belong to the biomimetic group, denoting synthetic methods which mimic biochemical processes.

The underwater robots are designed to swim freely and through narrow openings, steering from side to side, mimicking the swimming of jellyfish. Previous robot jellyfish designs used a variety of different propulsion mechanisms, whereas this one uses hydraulic networks for propulsion.

“Biomimetic soft robots based on fish and other marine animals have gained popularity in the research community in the last few years. Jellyfish are excellent candidates because they are very efficient swimmers,” said Dr Erik Engeberg, of FAU.

“Their propulsive performance is due to the shape of their bodies, which can produce a combination of vortex, jet propulsion, rowing and suction-based locomotion.”

To allow the artificial jellyfish to steer, the team used two impeller pumps to inflate their eight tentacles. This design produced an open circuit of water flow, where water from the environment was pumped into the soft actuators to produce a swimming stroke.

When the pumps were not powered, the elasticity of the tentacle silicon-rubber material constricted the actuators to push the water back into the environment during the relaxation phase. The elasticity is akin to that of real-life jellyfish after bell contractions. The design also removed the need for valves, reducing control complexity, space requirements and cost.

The team 3D-printed five different robot jellyfish, using silicon rubber for the actuators. Each jellyfish had a varying rubber hardness to test the effect it had on the propulsion efficiency.

The team are now planning to incorporate environmental sensors like sonar into the robots’ control algorithm, along with a navigational algorithm, to enable them to find gaps and determine if they can swim through them.