Q&A with Nikolas Kairinos, CEO and Founder, Fountech, who discusses the way to build a better and more balanced AI industry 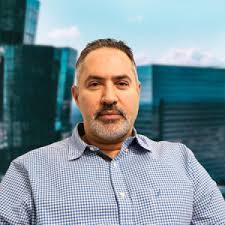 Q: There already have been instances where artificial intelligence (AI) and software have made judgement errors.  How can they be effectively trained for complete objectivity?

A: AI is designed to solve problems or create efficiencies by recognising and responding to data patterns far faster and more logically than humans are capable of doing. Therefore, while algorithms themselves are not discriminatory, they are prone to perpetuating pre-existing biases in relevant data sets.

For example, Amazon recently employed an experimental AI-driven hiring tool in order to more efficiently review resumes. However, it found that the hiring algorithm was systematically discriminating against female candidates, partially because they didn’t use forthright verbs like ‘captured’ and ‘executed’ as frequently as male applicants. The system worked by comparing the resumes of prospective applicants with those of previously successful ones who were overwhelmingly male. Predictably, the algorithm began to advantage men based on historical records. The system even went as far as to penalise applicants for attending an all-women’s college or for including the word “women’s” as in “women’s chess club captain” in their resume.

We often assume that machines are neutral and AI tools work to objectively create efficiencies that better improve the way human society functions, free from prejudices and biases. However, nothing could be further from the truth. AI tools are a product of human engineering and, subsequently, they have the potential – by accident or design – to perpetuate the biases of their creators.

Q: Is there an affective way of avoiding gender bias?

A: The problem of gender bias isn’t confined to pre-existing issues contained within historical data. Gender bias can be inadvertently woven into the code that dictates how an algorithm is actively supposed to function. In essence, this causes otherwise well-designed AI tools to adopt and amplify the cognitive biases of their creators. The best way to prevent this type of bias from infecting AI technology is to involve people from underrepresented backgrounds at every stage of the development cycle. Diverse and representative development teams are better able to pre-empt problems that otherwise wouldn’t be evident until the system had begun discriminating against people in the real world.

According to the World Economic Forum’s latest Global Gender Gap Report, only 22% of AI professionals globally are female. These are concerning figures at a time when AI technology is gradually being integrated into many areas of the economy and society. For instance, EY estimates that AI will drive 95% of all customer service interactions by 2025.

Due to their reliance on human data, AI tools benefit from being developed by diverse teams from different backgrounds. Consequently, addressing gender bias should be one of the main priorities for all leaders within the AI industry.

Q:  What can the AI industry do?

A: Going back on the Amazon example, despite attracting some scrutiny over its hiring algorithm, the company was sufficiently established to survive this episode with its reputation intact. Many less-established AI companies might struggle if one of their tools was found to have been compromised by gender bias. Indeed, the resulting PR disaster could lead consumers and investors to lose faith in the ability of developers to deliver a scalable product.

Therefore, it is up to AI innovators and industry leaders to begin taking concrete steps to redress the gender imbalance before biased AI starts to undermine the technology’s potential to drive lasting change. However, significant reforms can only come if the AI industry begins to foster a virtuous circle around gender equality in AI. This means adopting a three-pronged strategy that first attracts more women into careers in AI, then incentivises them to stay in the industry long-term and finally emphasises their contribution so as to inspire future generations of women.

To achieve the first aim, AI and tech companies must partner with public-sector organisations including universities and the Department for Digital, Culture, Media & Sport to promote female access to STEM degrees. According to a recent survey conducted by EY, 41% of respondents nominated promoting female participation in STEM degrees as the top policy initiative to improve the diversity of skilled workers on the labour market. It seems like an obvious point, but AI companies cannot hope to address the structural gender imbalance without first broadening the pool of available talent.

Q: Gender bias is not solely limited to AI, however, it exists in most companies and in every-day situations. Where is the best place to start to make long-lasting changes?

A: Companies seeking to lessen the impact of gender bias will have the most impact should they decide to radically change their workplace culture. It is estimated that 56% of women who enter the tech industry leave before they attain mid-level jobs. As such, simple reforms like the implementation of flexible work schedules can dramatically improve a company’s ability to maintain a gender balanced workforce.

Still, retention is driven in large part by corporate culture, and it is difficult to see how lasting change can be implemented while women remain largely absent from C-level positions. This is not simply a case of promoting women to senior positions but making sure to raise the profile of women in tech when they are successful. This would have the secondary benefit of inspiring future generations of women to see tech and AI as welcoming industries where they too can make impactful contributions.

Q: Are there certain steps companies should implement to address the gender imbalance and inequality?

A: Effective leadership doesn’t mean instituting blanket solutions. This is a multi-faceted problem and can only be addressed should industry figures be upfront and honest about the challenge, as well as being critical of their own hiring and business practises. It is up to all of us to be constantly reflecting on whether the AI toolsets we’re developing are meeting the needs of both male and female workforce, and not perpetuating biases. I for one fundamentally believe it is up to the industry to raise its own standards and not simply be content with the situation as it presently is.

While AI technology has the potential to bring huge improvements to a range of industries, as long as the current gender imbalance prevails bias will continue to halt its advancement. However, AI’s gender imbalance is not an existential threat but rather a challenge to all those within the industry who want to see it become better. Ultimately, greater gender diversity will allow AI companies to produce tech that preserves the best, not the worst, of what makes us human.