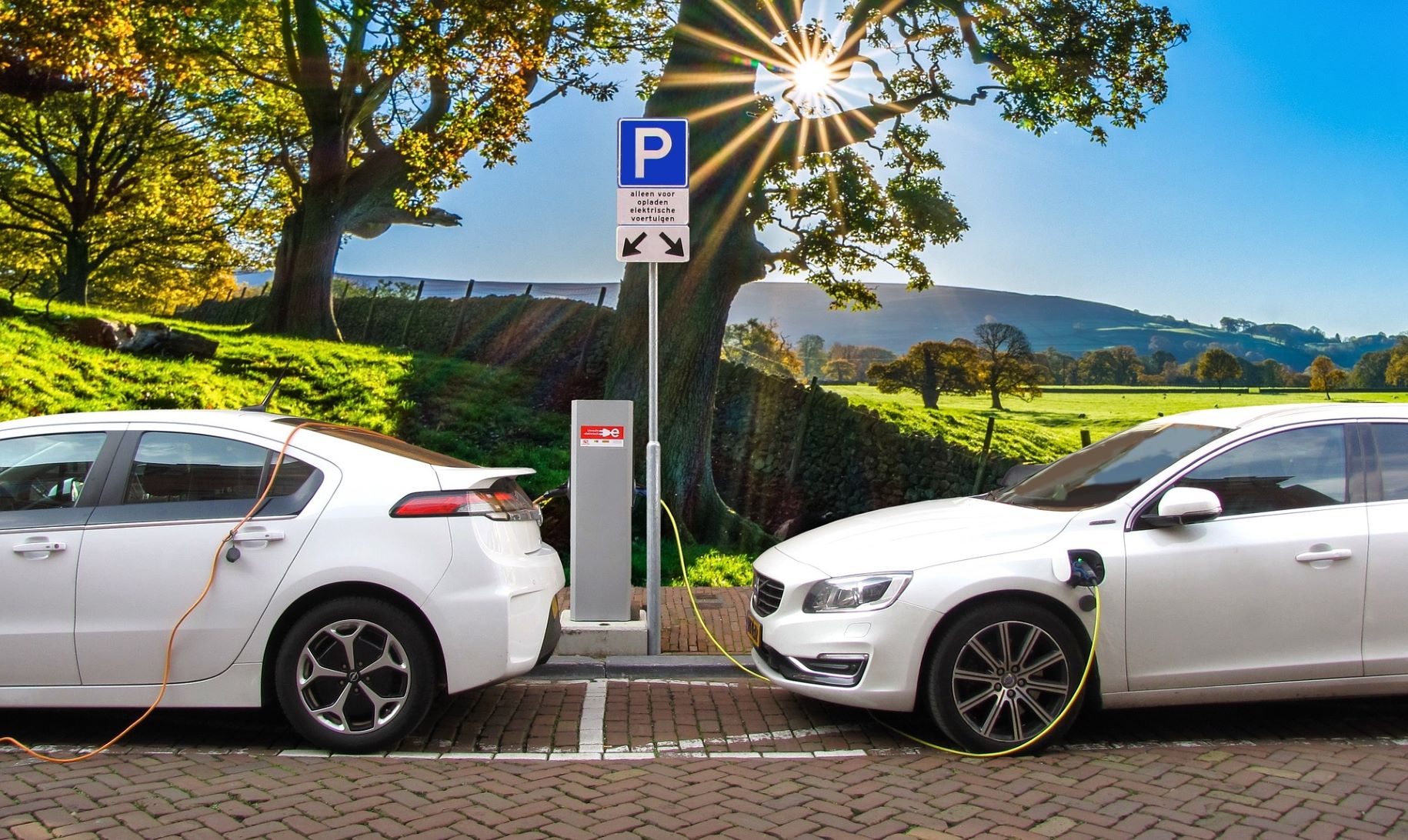 By 2040, the government’s proposed ‘Road to Zero’ emissions plan will require each new car sold in the UK to have an electric driving range of at least 50 miles. With electric-vehicle capabilities in the midst of switching from an environmentally-kinder preference to a mandatory requirement, the industry will have to electrify more than just commercial vehicles.

Electric vehicles (EVs) represent exciting opportunities, not just for the UK, but worldwide. With the potential to reduce emissions in the largest-emitting sector, international market trends suggest that electric cars and vans will reach the prices of internal combustion engine (ICE) vehicles this year, and that EV sales will overtake petrol and diesel engines by the late 2030s.

Still, despite their projected growth, there are still some questions that need to be answered, not least about their efficiency levels.

Urban electric buses are surpassing the growth of every other EV segment, constituting the fastest-growing part of the EV market.

In China, the once quaint city of Shenzhen has become a megalopolis. Over 40 years, Shenzhen’s population has accelerated from 30,000 citizens to over twelve million. In line with this remarkably rapid transformation, the city began introducing electric buses in 2009 in order to combat rising air pollution. Today, it has become the first city to electrify all its public buses. In fact, a report by Bloomberg estimates that China adds around 9,500 buses (the size of London’s entire fleet) to its services every five weeks. Elsewhere, Paris, France, has renewed its public bus fleet with 100% electric buses, making it a world leader in sustainable public transport. Over the next decade, most of Europe’s bus fleets are predicted to reap the benefits of electrified transport.

And benefits there are! The cost of maintaining an electric bus is some 25% lower than that of a diesel bus, as the electric motor doesn’t need the same level of servicing that a diesel one requires. Electric engine losses are also significantly lower than a diesel engine’s, lowering the cost per kilometre of electric bus travel.

However, the e-bus phenomenon presents cities with some major challenges: namely technological uncertainty, large up-front investment and the need for new capabilities. Not only do cities need to revamp their infrastructure, as charging stations could require a full redesign of bus depots, but software solutions must also be considered, to effectively manage vehicle operations. This may include building IT systems that can monitor and handle a potentially complex web of timetables and charging schedules. Real-time energy system monitoring is also required to prevent malfunctions and delays.

There is also a concern over how other heavier vehicles will be electrified. In late 2017, Tesla announced that its Semi heavy electric truck would be ready for production by 2020. Enticing the industry with pledges of a 500mile driving range and solar-powered ‘Megacharger’ stations, the company certainly has a lot to deliver if it is to act on its promises.

Many people are speculating about the exact specifications of the Tesla Semi. One of the most important parameters in question is its weight. If the electric vehicle is to require several electric motors to power it, this weight would be roughly comparable to that of a diesel engine. With the addition of the truck’s battery weight, the components inside EVs must be refined so that they can bear the load of this extra mass without impacting its efficiency.

Despite slick marketing campaigns and captivating plans, there is still a long way to go before we see a complete overhaul of heavy vehicles. In 2018, 97% of trucks and 100% of camper vans sold in Europe were diesel-powered. To help make ambitions of electric heavy vehicles become a reality, we must assess and perfect the components going into them − and the focus shouldn’t solely be on batteries.

According to Toyota, the average car is made up of 30,000 parts, right down to each individual screw. These parts must battle adverse weather conditions, withstand repeated bouts of acceleration and braking, and proactively contribute to maintaining vehicle efficiency.

Instead of internal combustion engines, EVs use a braking chopper to convert the energy generated by high-speed braking, typically when on the motorway. Urban drive cycles have a considerable amount of acceleration and decelerating periods, especially in towns and cities. Whilst braking, a car’s motor continues to spin even though the vehicle is trying to slow down, creating excess energy. Integrating a braking resistor allows this otherwise wasted energy to be dissipated as heat and recovered to warm the vehicle’s cabin in cold weather or to regenerate the kinetic energy to improve efficiency.

The concept is widely implemented on electric trains, where wasted energy is fed back into the power line and consumed by other trains on the track. On the road, regenerative brakes can not only significantly improve energy efficiency, but can also contribute to maintaining the overall upkeep of the vehicle. Regenerative braking means that mechanical friction brakes are only used in emergency situations, such as sudden stops, so there is far less need for maintenance. In addition, accessory components, including resistors, don’t require any maintenance, unlike the high cost of replacing brake pads and discs.

To increase a braking resistor’s dissipation capability, it’s important that the component is prevented from overheating.

The effect of temperature on a product’s performance is an important design consideration. Overheating can reduce the efficiency and longevity of components, and regulating this is critical.

The challenge of managing temperature is critical when ensuring EV efficiency, and standard electrical items may not always fulfil this requirement. Electric brake resistors are well known in the domain of power electronics, railway or elevator technology to dissipate heat and slow down a mechanical system to avoid overheating. Most brake resistors are typically encased in a frame to create a safe distance between surrounding components. These frames feature a choice of either cooling fans or liquid coolants. Air cooling has traditionally been the most common cooling method, as its fan technology is robust and able to withstand a significant amount of wear and tear without malfunctioning. If, for example, a single fin broke on the fan, it would still function safely.

This method of dissipating heat does, however, come with limitations. Air fans create an additional source of noise, which interferes with the quiet running that is typically one of the EV’s benefits. Using a fan also means that its enclosures are generally bulkier and take up more space, which limits the range of vehicles that can use it. Air-cooling fans are further limited by their reliance on ambient temperatures to cool down heating components, which impacts the consistency of their efficiency.

On the other hand, water-cooled resistors, such as Cressall’s EV2, can easily be integrated into existing cooling systems and are able to deliver cooling to areas where fans often fall short. Pipes containing a liquid coolant circulate around an enclosure and out of the device to help keep components cool using the principal of heat exchange.

Excess heat is thermally conducted by the water in the pipes, which is transferred out of the device and regenerated for other purposes. As the water can be stored in pipes at temperatures below the application’s ambient level, cooling can happen faster and with greater reliability.

The efficiency of air-cooled fans also depends on the size of the application. Manufacturers may need to integrate multiple fans, instead of just one, if they are being used to cool components in large EVs such as trucks and buses. As water has a high heat conductivity, a water-cooled resistor only requires a single pump. This significantly lowers energy consumption and overall cost, whilst increasing the amount of space left inside the vehicle.

With the electric vehicle market continuing to flourish, EVs are no longer a new concept. While there is still a way to go before the entire transport system is electrified, manufacturers need to make sure that vehicles meet efficiency targets.

We’re no longer only electrifying commercial vehicles. If the planet is to truly feel the impact of the move away from petrol and diesel, all vehicles on the roads need upgrading. For this to happen, vehicle technology needs to keep pace. It isn’t all about batteries; other components, such as braking resistors, must also be perfected in order to maximise the drive for greener roads. 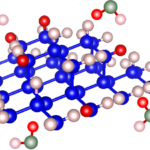 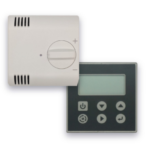 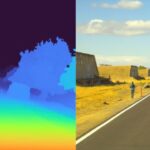 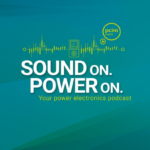 “Sound on. Power on.”, powered by PCIM Europe