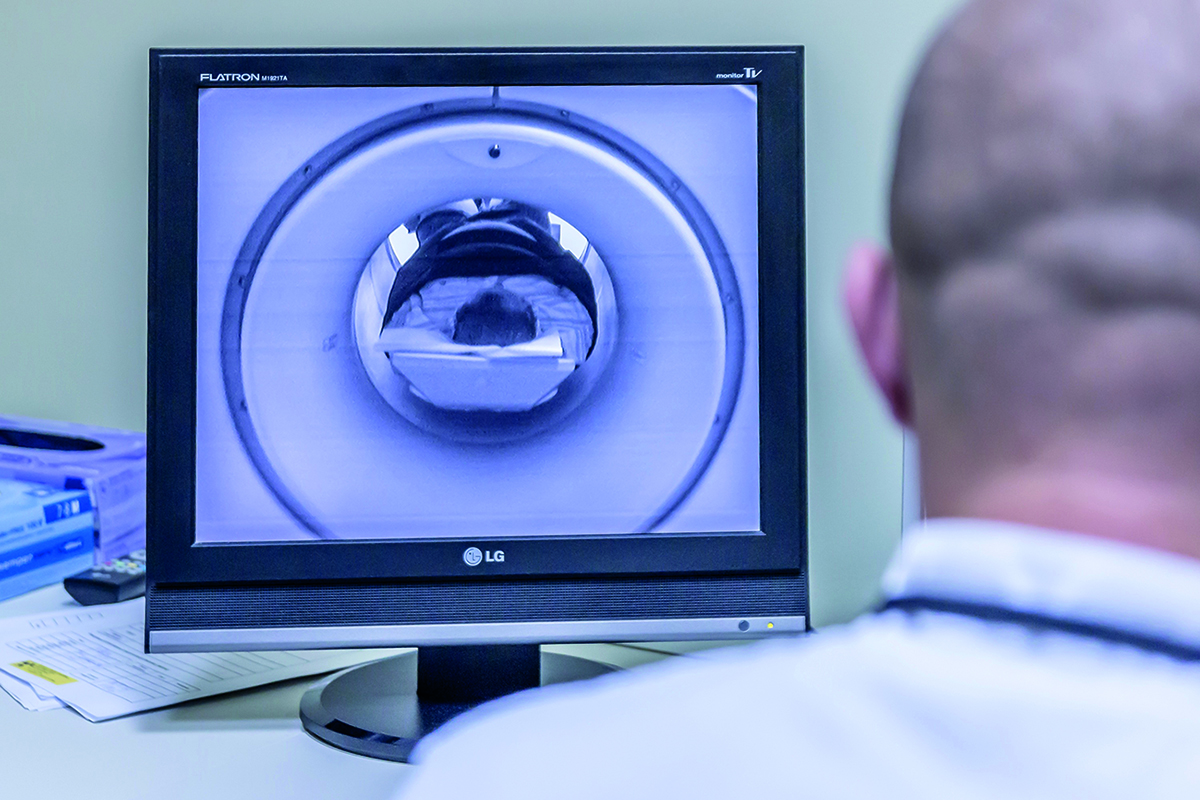 “Hybrid operating rooms” may sound like something from a sci-fi novel, but they already exist, including at the St George’s University Hospitals Trust in London.

Hybrid operating rooms are predominantly used by cardio-vascular disciplines, but as the demand for gentler surgery methods increases, we can expect more sub-disciplines to use them.

The World Health Organisation (WHO) predicts that by 2050 the worldwide population over the age of 60 will double, to two billion people. Driven by falling fertility rates and increased life expectancy, the number of old people will increase in the coming years, and, as we age, the more susceptible to illness and infection we become.

Today, chronic conditions like diabetes, cancer and cardio-vascular diseases count for an estimated 77% of the disease burden and 86% of the deaths across Europe. As such, an ageing population inevitably increases the volume of hospital admissions and practitioner appointments, placing significant pressure on the healthcare systems.
However, reduced patient operating times and inpatients stays in hospitals could soon become a reality with the wide adoption of hybrid operating theatres, expected to grow at a significant pace by 2023.

Previously, only mobile imaging equipment was based inside an operating room in the form of C-arms, ultrasound and endoscopy. However, the image quality from this equipment was often not high enough to base surgical decisions on. For example, mobile angiography systems have lower image quality due to lesser tube performance, and a low refresh rate, which is problematic for endovascular cases where surgeons need to see the smallest blood vessels.

In the past, a patient would be wheeled out of the sterile operating-theatre environment and taken to the imaging department. In a hybrid operating theatre, however, an intraoperative 3D imaging system can be used to continuously guide the surgeon. This follows the trend of minimally-invasive surgery (MIS), where doctors reduce the trauma involved in surgery by minimising the size and frequency of incisions.

For example, surgeons now can perform vascular surgery for aortic aneurysms without opening the chest or abdomen. Reduced trauma reduces the risk of complications, lowers patient recovery time and shortens the average length of hospital stays after a procedure.

In emergency situations, patients with severe bleeding need immediate care to avoid life-threatening blood loss. Hybrid operating rooms allow doctors to perform open and endovascular treatment without having to reposition the patient, which could result in further injury. So, for example, in the event of a patient experiencing tension on the brain due to a severe haemorrhage, doctors can relieve the tension and coil an aneurysm in the same room.

Most hospitals in the UK typically follow procedures to reduce interference caused by medical equipment and comply with regulations such as the European standard EN60601, which outlines the basic requirements for medical equipment in hospitals. Even with these standards in place, extra precautions should be taken, especially with the proliferation of hybrid operating rooms.

“These are complex projects with high-end equipment and interdisciplinary collaborations,” says Jane Whittaker, angiography business manager at Siemens Healthcare. “There can be an increased number of people working within this environment, as well as a wide range of equipment required for the procedure. From our experience, the most successful installations are a result of careful planning and strong communication between all stakeholders, throughout the project.”

An important point that all parties should consider is power quality and the problems that can occur with so many different electrical requirements in a single room. With imaging systems and traditional monitors in an operating room, design engineers must consider the additional power quality implications, compared to a traditional operating room.

If unaddressed, EMI causes electrical harmonics, spikes and fluctuations in power, which can interfere with the mains network, causing intermittent faults, short circuits or even a complete power outage. This can impact the data collected by medical equipment and the way devices interact with each other. If decisions are made on potentially incorrect data from the equipment, this could prove harmful for the patient.

For critical systems taking measurements or displaying essential images, any electrical interference in the mains supply could also affect equipment performance. This can accelerate the wear of components, increasing the chances of device failure and putting patients at risk.

When designing electrical equipment for use in hybrid operating rooms, engineers must therefore incorporate components to reduce the effect of electrical interference.

An important way to do this is by using isolating transformers such as REO’s REOMED range. The wide REOMED portfolio includes radio frequency interference (RFI) filters, surge protection and protection against half-wave loss. These products are specially engineered to go above and beyond the required medical standards such as the EN 60 601-1 standard.

When isolation transformers are used in operating theatres, they allow safe galvanic separation between the primary and secondary circuits. This limits interference from other devices nearby, as well as protecting equipment from poor power quality.

While hybrid operating rooms present a wealth of new possibilities for healthcare, they bring challenges of equipment safety, power quality and system continuity. It is vital that design engineers consider the implications for power quality in this new type of environment.

The concept of hybrid operating rooms was first introduced in the 1990s. Since then, their adoption has been slow, but now that technology has advanced, we can soon expect at least one hybrid operating room per hospital. This will significantly help complex surgical procedures, patient treatment and recovery, and overall costs.