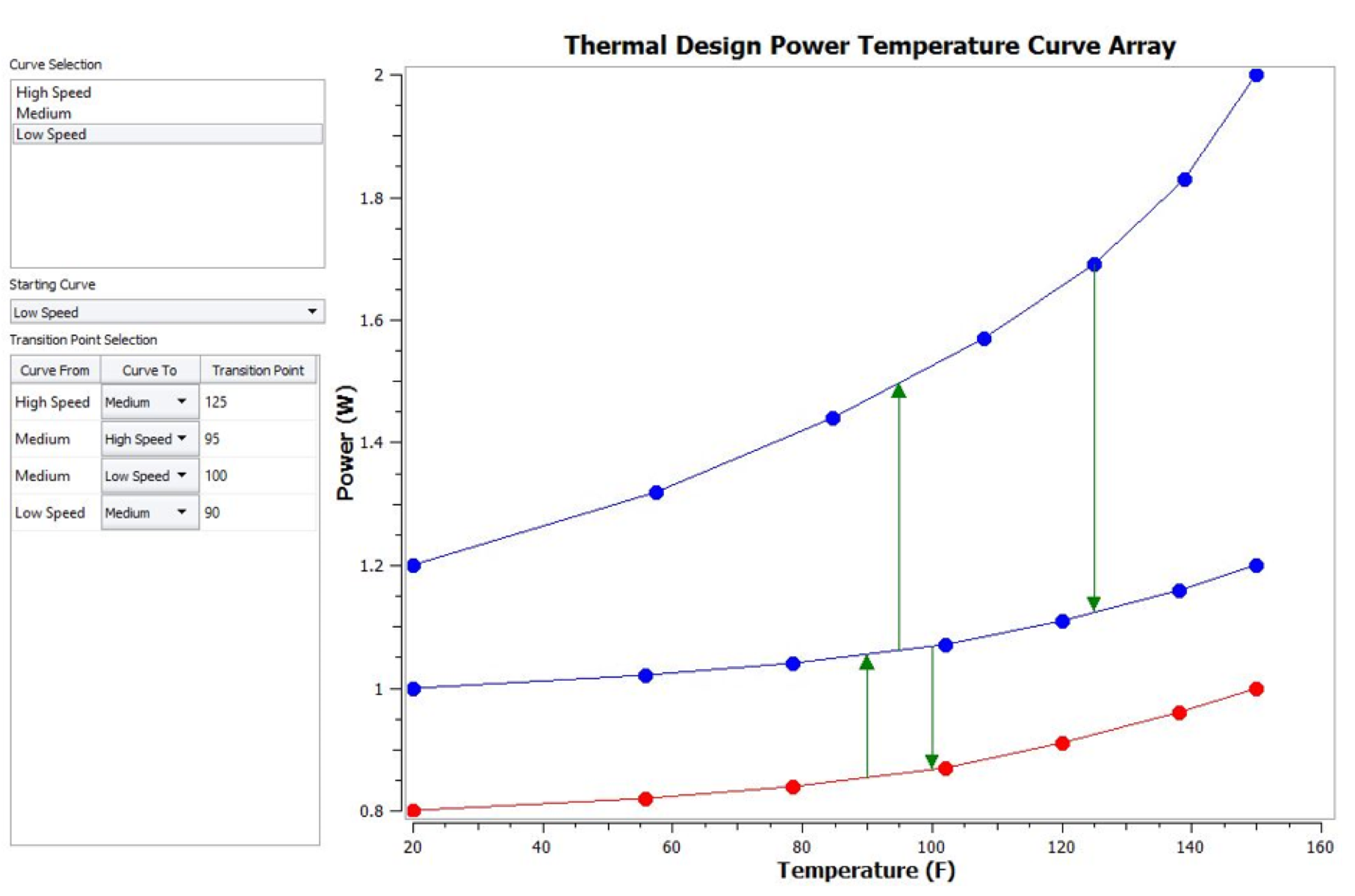 Whether mobile phones, laptops, wearable tech or tablet computers, changing consumer demands mean that today’s electronics devices are thinner, lighter and hence more portable than ever before. At the same time, consumers are also demanding higher processing power to support the growing use of 4K video, and content creation and gaming on mobile devices.

To achieve higher levels of processing, electronics devices need advanced, faster processors, with more cores. But, with higher processing speeds come greater power and, hence, more heat. If this heat is not managed correctly, engineers not only run the risk of reliability issues, but also of making products that are physically too hot to touch or wear.

To address this problem, modern processors are designed to reduce their speeds and switch off processor cores or other functions when not in use. As just one example, watching a video or playing a game requires high performance processing, whilst other common tasks such as web browsing or listening to music do not. To run a processor at the higher level constantly would inevitably overheat the device; as such, today’s processors are designed to respond quickly to changing compute requirements (and environmental conditions). This means that they can vary hundreds of times a second to ensure that the user never notices a change in performance and the device doesn’t overheat.

The need for phase change materials

Thermal throttling is combined with other thermal management solution to ensure the device doesn’t overheat. Phase change materials (PCMs) are increasingly used to absorb high heat fluxes for a short period of time when the processor needs to be used at peak performance; when changing from solid to liquid, PCMs absorb heat. When a processor is at peak performance, the phase change material will melt, absorbing some of the heat. When peak performance is not required, the processor will reduce performance — i.e. there’s less heat — which will result in the PCM reducing in temperature, and solidifying. However, it’s worth noting that PCMs will only operate correctly with variable heat loads, allowing the PCM to solidify, ready to absorb the next high heat load.

As well as the physical use of phase change materials, sophisticated control algorithms are also being developed to control the performance of the processor and ensure it doesn’t overheat. These algorithms also mean that the end user gets the best possible experience from a product or a device.

To develop such a control algorithm, an understanding of how quickly heat will dissipate from the device is vitally important. At the same time, the thermal management of the device must also be designed to handle the demanded performance. For maximum reliability and user experience, both the device’s thermal management and the control system should be designed together and as early on in the design phase as possible.

As well as considering thermal implications early on in the process, engineers should also go beyond traditional prototypes and physical testing, running thermal simulations to predict the temperature and dissipation inside their devices. By creating a virtual 3D model, and then using Computational Fluid Dynamics (CFD) to simulate the heat transfer and air flow, engineers can get a better idea of how their products will react to different environments and at different processor speeds.

Typically, in the past, design engineers would run a steady state simulation, predicting a device’s temperature when running at full power for a prolonged period of time. This was done because running a time-varying simulation was not practical, due to computational and software limitations.

A steady-state solution, however, is not suitable for consumer electronics, which can’t run indefinitely on full power. A transient simulation is typically required to verify the thermal management of a modern consumer device.

Today, thermal simulation software should also simulate the thermal throttling of a processor. To achieve this, 6SigmaET has been working with leading semiconductor and consumer electronics companies to develop functionality for co-simulation processor control schemes with thermal simulation.

For more complex control schemes, however, where the response is based on a combination of workload and device temperature, 6SigmaET can integrate with other tools or use custom code developed in specialist packages such as Matlab, to define the control scheme.

Sensor imports can also be output from 6SigmaET during the solve and input directly into the device’s control scheme. Once processed, the scheme can be used in thermal simulation, achieved during each time step, predicting temperature changes over time. If the temperature in the simulation were to exceed a particular limit, the control scheme can then be modified. Improvements to heat spreader and PCM can also be simulated and tested for effectiveness before physical prototyping.