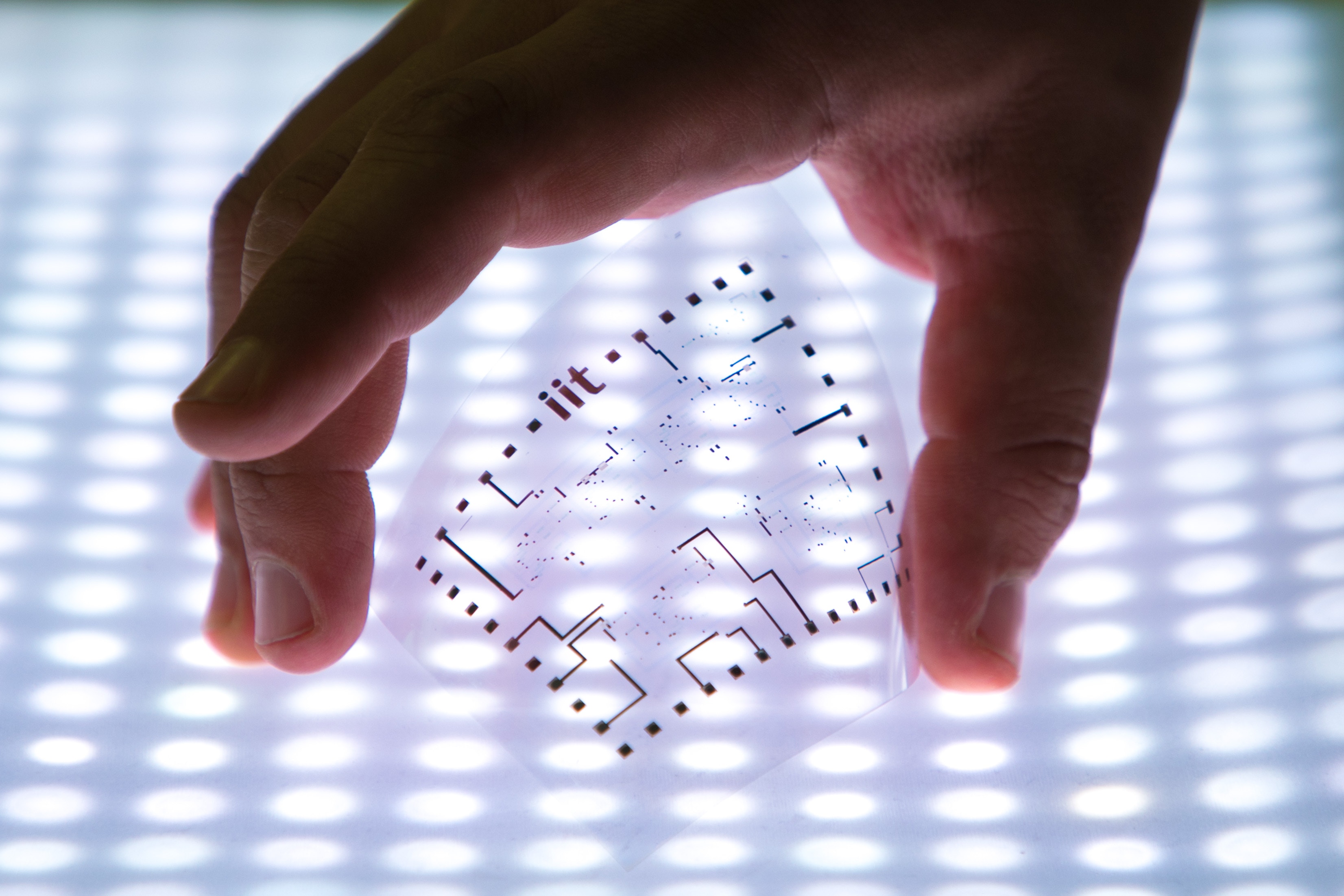 Conductive inks have proven to be a wonderfully adaptive technology, recently rejuvenated, finding many new applications when old markets struggled and declined.

IME is made possible thanks to the adaptability of conductive ink technology. Here, the formulations and filler compositions must be adjusted to withstand a major one-off elongation event during forming (the transition from a flat sheet to a 3D shape), and to survive the thermoforming and moulding conditions.
IME is a process, where functional and graphical printing are carried out on a 2D flat substrate, which is then formed and moulded into 3D shapes. This provides a way to structurally integrate electronics into objects whilst using high-throughput, volume-production processes, enabling novel, sophisticated and space-saving designs.

The first IME successful product – a thin and light overhead console – was launched in a Ford car in 2012, and it was considered a major commercial coup for printed electronics. Sadly, the product was recalled, because of false readouts. The origin of the error was attributed to the streamlining steps taken in the transition from pilot to mass production. This failure set back the industry, causing reluctance to adopt it in new applications.

Fortunately, the interest in IME technology didn’t die; many prototypes continued to be developed, including for consumer electronics, white-goods/home-appliances and automotive applications. As it became more established, more suppliers of materials appeared, pushing it forward on to the market.

IME houses became more active, helping customers create prototypes and pilot studies. Products made with IME (and conductive inks) are now on the market, including wearable devices, some of which use structurally-integrated metallisation. These devices are just the first step and, soon, we expect to see bigger IME-related announcements from various industries, especially automotive. It looks like the technology has overcome its past failure and turned a page.

The Growth Market for IME

The interest on the part of ink suppliers has dramatically increased over the past few years, in line with interest in stretchable conductive inks. Indeed, today, many paste makers have either already launched a product or have shown a way to go to market. Hence, competition is intensifying, expected to drive IME-enabled system prices down. Nevertheless, there’s always room for differentiation in products and services. Working closely with customers and customising solutions for a specific use will bring suppliers further benefits.

In terms of performance, not all inks are the same; some pastes handle sharp bends better, whereas others adhere better. Furthermore, as is the case with stretchable conductive inks, now is the right time for suppliers to take a total solution approach and offer a full portfolio of IME-compatible materials – not just conducive inks.

It’s an asset for a supplier to become a ‘one stop shop’ because it eases the development burden on the user, and it allows them to aggressively price products where competition is rife whilst making higher margins elsewhere.