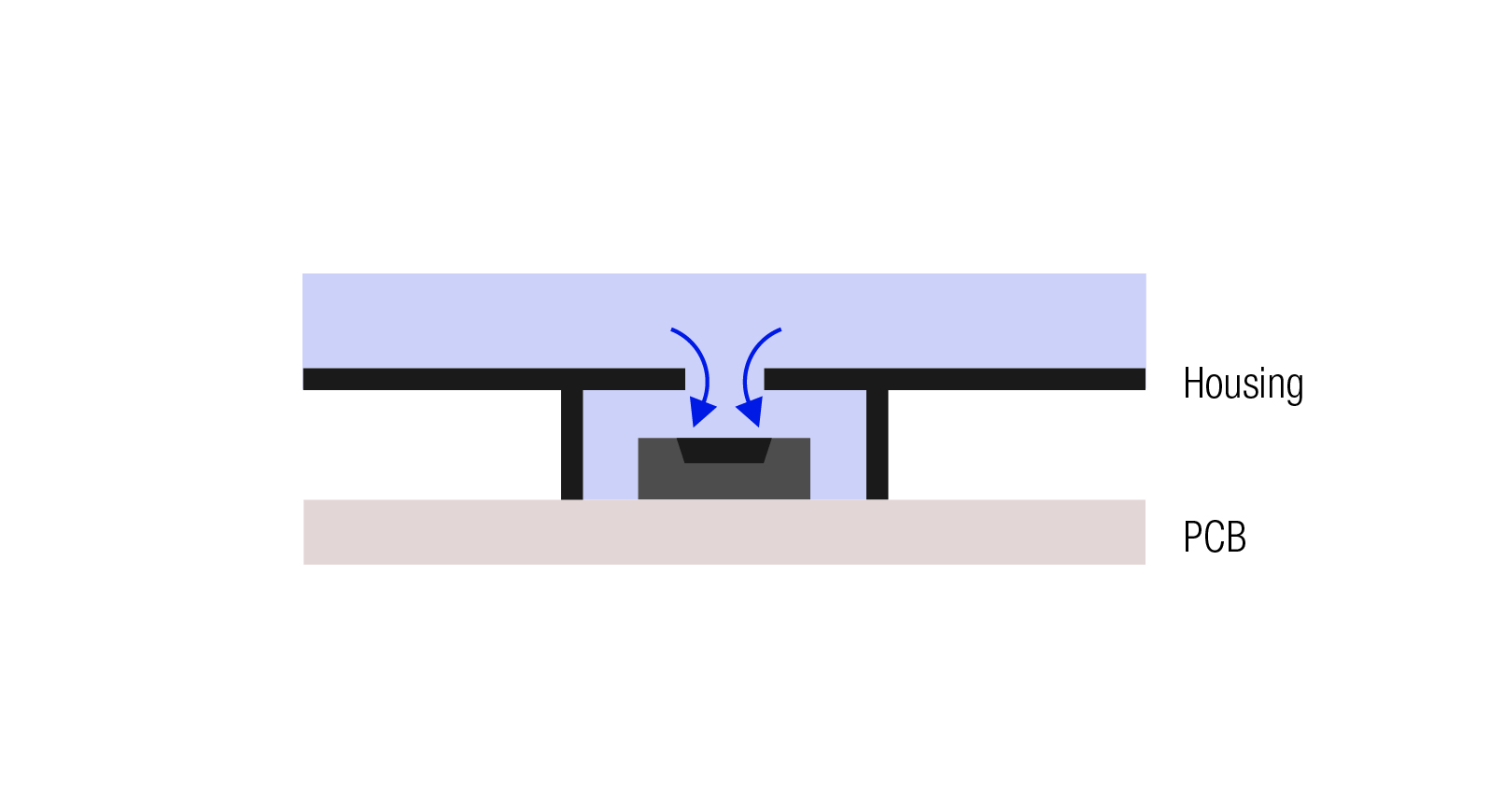 In a world where everything is getting smarter and more connected, the Internet of Things (IoT) is taking over. Due to increased demand in mobility and convenience, battery-powered devices are becoming more important, holding a key role in the IoT era. Many of these devices are sensors, and in particular environmental sensors, such as such as humidity and temperature sensors, which are integral to the IoT ecosystem. For engineers, development of IoT devices is becoming challenging; this involves gaining knowledge about connectivity and energy harvesting as well as sensor integration, and data processing and management.

To take full advantage of the performance and features of environmental sensors, mechanical design rules must be considered. Unbeneficial housing and PCB designs may cause unexpected temperature and humidity deviations and could increase the sensors’ response time. Simply following four basic rules makes integration easy and straightforward. From our experience, we recommend mechanical integration of sensors as early as possible in a project, since the complexity of the integration will increase the later the housing is designed. Hence, the four basic rules to follow are:

For proper humidity measurements it is important that the humidity at the sensor matches the one of the environment whilst acquiring data. Therefore, the sensor should be connected as close to environmental air as possible. Housing designs with a large dead volume and/or small aperture may act as a separation of the sensor and environment, which may result in highly increased response times.

§ Place the sensor as close to the environment as possible.

§ A design that allows airflow over the sensor is preferred to a design with a single aperture.

§ The dead volume should be as small as possible.

§ The aperture(s) should be as large as possible.

§ Filter membranes will slow down humidity response. Never use more than one membrane per aperture.

§ There should be no material inside the dead volume that can absorb humidity.

§ Thermal coupling of the sensor to the environment under test should be as strong as possible.

§ Thermal coupling of the sensor to the thermal mass of the housing (PCB) should be as weak as possible.