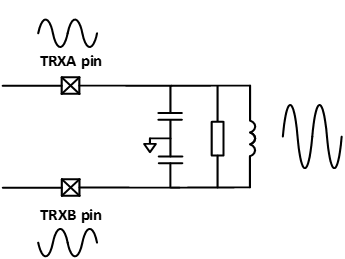 And, there is a good technical reason for its reliability – the rigorous specification and universal application of the payment industry’s EMVCo standard, which sets strict specifications for the RF interface, protocol layer operations and payment application software embedded in contactless-cards/user-devices and payment terminals. In addition, its rigorous rules apply to the compliance testing of all products using NFC RF interfaces. The goal of universal interoperability is at the heart of the EMVCo standard’s mission, and it has very successfully achieved its aim.

While this is good for consumers, it makes terminals’ design for compliance challenging, made even tougher with current version 3.0 of the EMVCo standard, which sets even stricter criteria for RF operation; version 3.1 is currently under development, with even stricter rules still. This is why manufacturers of NFC transceiver ICs compete to provide the best resources to help terminal manufacturers achieve design success in the shortest possible time.

The EMVCo 3.0 standard applies a comprehensive set of specifications covering both, analogue operations (the physical coupling between the card device and the terminal) and digital operations (the NFC protocol layer and payments application layer). Many of the changes to the standard’s specifications implemented in moving from version 2.6 to 3.0 of the EMVCo standard were aimed at tightening the regulation of the terminal radio’s behaviour to ensure interoperability with mobile phones and smart watches. This is because mobile communications devices provide a far inferior operating environment for an NFC radio compared to conventional payment cards. By requiring improved performance on the terminal side, the EMVCo 3.0 standard compensates for the inferior NFC performance of the mobile device.

Hence, the EMVCo 3.0 standard on its own raises the bar which the PoS terminal developer must reach. Still, the difficulty is made even greater by the new trend in terminal design, which calls for much larger display screens. Following the lead set by the smartphone, the latest PoS terminals feature a large display which in many cases occupies the entire front side of the device, and might also incorporate touch-sensing functionality. This creates a substantially more difficult environment for an NFC radio: in this new design style, the antenna now lies behind the display, and so NFC signals from the card device must pass through the display assembly, which includes various metal components. The display’s metal backplate in particular acts as a shield, greatly attenuating the strength of NFC signals. NFC signals can also suffer from interference generated by the high-frequency operation of the display controller, reducing the system’s signal-to-noise ratio.

The interference can also go the other way: an NFC controller can in some cases interfere with the operation of the display controller.

The three RF issues that cause the greatest difficulty when developing with conventional NFC transceivers are:

The Panthronics PTX100R Evalboard kit provides simple settings and an easy-to-use tool to make the design of the matching network, configuration of wave-shaping operation, and regulation of the PTX100R controller’s output straightforward. Underpinning the simple GUI that the Evalboard provides is the PTX100R’s unique sine-wave architecture: this is more difficult to implement in silicon than a conventional NFC front-end’s square-wave architecture, but it makes the PTX100R much easier for an OEM to implement in a device such as a PoS terminal.

The conventional square-wave output generates interference in the form of multiple harmonic frequencies, and so requires a complex EMC filter network made up of many external components. The PTX100R’s sine-wave output creates no such harmonic interference, therefore it can be coupled directly to the antenna; see Figure 1. This benefits the design through reduced power losses, higher output power, avoidance of the large tolerances that create variances in performance across a population of production units, and, of course, reduced bill of materials.

Another important benefit is in antenna matching: the PoS terminal antenna’s impedance needs to be matched only to the impedance of the PTX100R, and not the impedance of the NFC front-end and the multiple components in the EMC filter. In addition, in a circuit that has an EMC filter, the designer will need to take account of the multiple resonant frequencies generated by the filter, whilst in the PTX100R-based circuit the only resonant frequency is that from the PTX100R itself.

The design of the purely capacitive matching network required for the PTX100R controller is so simple that it can be configured almost entirely with Panthronics’s tools. Panthronics provides a model that the developer can run in a free simulator: by entering the inductance and resistance values of the antenna, it generates values for the matching network. Customers’ experiences show that these automatically-generated values are very close to the optimal values found after hardware testing. The PTX100R Evalboard kit also facilitates this second-stage testing. The kit is supplied with a controller board and an attached board containing a 50mm x 50mm antenna for initial evaluation. When developing a new design, this antenna board may be snapped off, and the controller board connected to the prototype’s antenna.

The design software supplied with the PTX100R Evalboard has a GUI for configuring controller settings. It also enables the user to run the full suite of EMVCo 3.0 tests at the press of a button in tandem with any EMVCo-compatible test instrument; see Figure 2.

The configuration options controlled via the GUI include settings for wave shaping and for power output. In both cases, the PTX100R eases compliance with the EMVCo 3.0 standard. Control of wave shaping is far more precise than with conventional square-wave controllers because of the absence of the distorting effect of the EMC filter, so that the shape of the wave when it is emitted by the transmitter is maintained at the antenna.

Power output is also set up via the GUI. This is an important feature of EMVCo 3.0 compliance: to meet the standard’s requirement for operating volume – the volume of 3D space in which a viable signal can be received by the card device – the controller must be capable of transmitting at high power when the receiver is a long distance away from the terminal. But this same high power output may saturate the receiver when touching the terminal’s screen.

The PTX100R manages this problem by providing a Dynamic Power Control feature. The device will automatically switch between a high-power and a low-power mode, with hysteresis, based on an RSSI (Received Signal Strength Indicator) signal that it generates. The settings for the power modes can be adjusted simply via the development software’s GUI: the high and low power levels are both arbitrary and may be set by the developer in the GUI, and then tested by connecting the PTX100R controller board to the terminal’s antenna.

The tool also provides a useful Q (Quality)-Factor test; the development software performs a sweep through the 12-15MHz frequency band, then plots the device’s frequency response across the band and provides a calculated Q-Factor and centre frequency; see Figure 3. This supports EMVCo compliance efforts, because the Q value of a terminal should stay within a certain band – at too high or low a level of Q, NFC signalling is impaired, which can fail the terminal’s compliance test. The centre frequency produced by the PTX100R Evalboard’s test quickly shows whether the matching network is operating at or close to the NFC 13.56MHz frequency.

The most difficult and time-consuming parts of a conventional PoS terminal development involve the RF circuit. But the EMVCo specifications also cover digital operations. The PTX100R Evalboard helps to accelerate development here too, because of the controller’s ‘split-stack’ approach to EMVCo software: low-level protocol layer operations are implemented in the controller itself, whilst the application layer software runs in the host microcontroller or processor. This may appear unusual, since other NFC transceivers are either front ends, which implement only the physical layer and offload all software operations to the host, or NFC controllers, which include an embedded microcontroller and implement the entire system including the protocol and application layers.

Most PoS terminals today use an NFC front-end, because it gives the manufacturer freedom to implement the application in a way that best suits the application. The PTX100R implementation maintains this freedom, whilst lifting the burden of implementing low-level protocol layer functions from the terminal manufacturer.

The PTX100R Evalboard includes a Pmod header for connection to microcontroller boards. Initial project configuration is particularly quick for users of the Renesas Synergy microcontrollers, because Panthronics supplies a fully-tested version of its software that is already ported to the TB-S3A1 – a development board for the Synergy S3A1 series of microcontrollers.

For many reasons, then, Panthronics feels confident in its claim that PoS terminal development will be at least as fast with the PTX100R Evalboard as it is in any other development environment; see Figure 4.