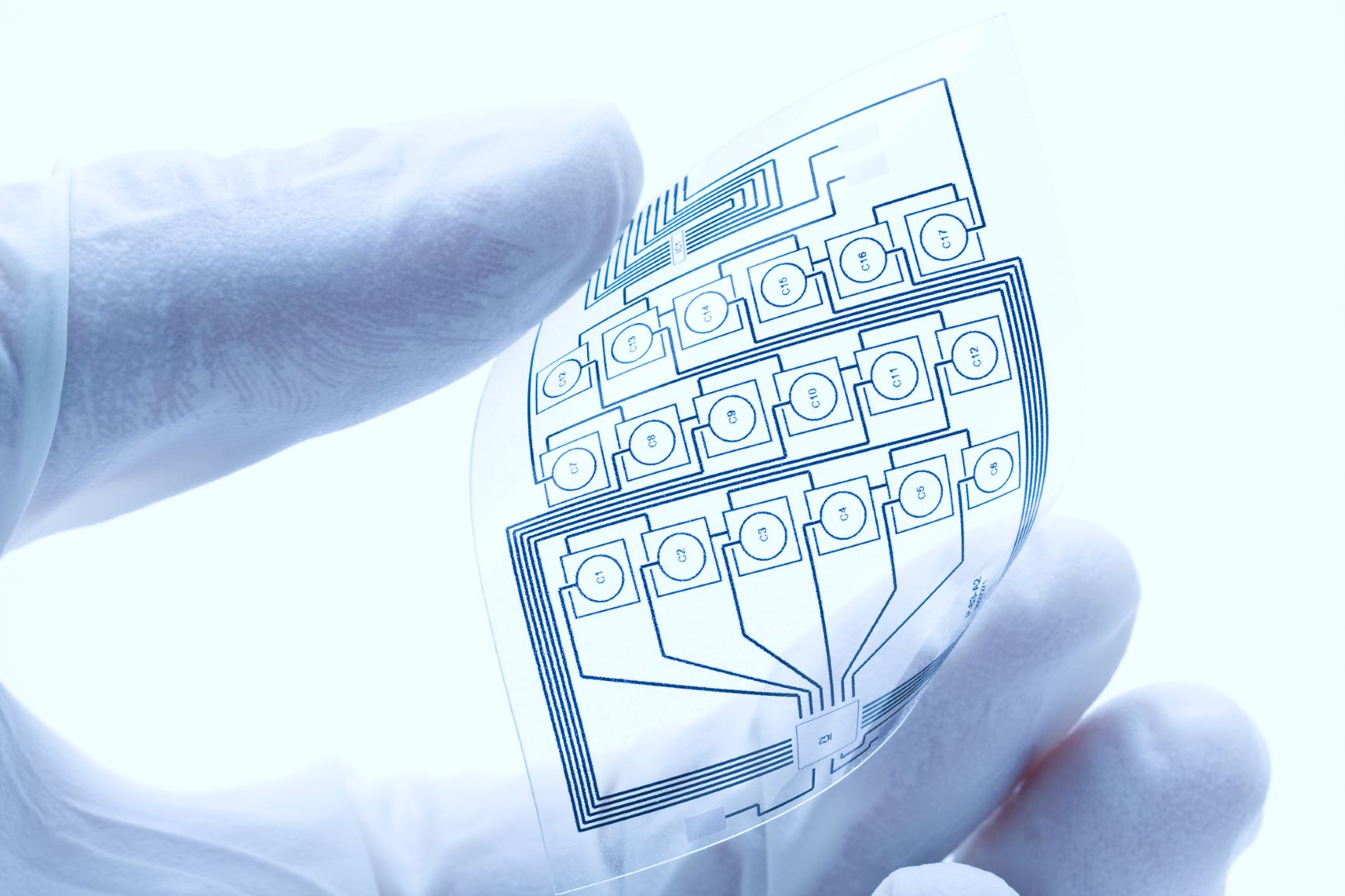 The advance of stretchable electronics could spell the demise of the rigid computer chip: Made up of transistors and other semiconductor devices, conventional electronic systems could soon be over – this applies to televisions, laptops, smartphones, but also robots, which could be made of soft or elastic material.

Among the many, there’s one application that stands to benefit the most from stretchable electronics – that of displays. Bespoke, light, pliable, flexible displays that won’t take much space are useful in many sectors, including automotive, aerospace and signage. In the automotive industry, for example, displays are commonplace for on-board computing systems for navigation, entertainment and communication, with more advanced displays used instead of buttons and knobs. As many spaces in cars are curved, it is most advantageous to have flexible screens that can fit into these small spaces perfectly.

Conventional displays are made of glass, silicon and hard ceramic materials and as such break relatively easily. Stretchable displays, on the other hand, are far more robust thanks to the substrate they are made of, which is often plastic; this means mechanical impact will not break or damage it.

In digital signage applications, screens are protected with tempered glass. This type glass is five times more robust and stronger than normal glass because of the multiple layers of oleophobic nano coating, anti-shatter film and penetrable silicone coating that give it scratch resistivity. However, compared to plastic, it is not particularly flexible due to its relatively high elastic modulus, usually varying between 50 and 90GPa.

Generally, a plastic with high elasticity is the main material for the substrate of a flexible display. This allows the screen to take on more forms, maintain a stable temperature and offer excellent visual properties.

According to the Organic Nanophotonics manual, manufacturing stretchable electronics displays requires the screen to stretch without experiencing any physical damage or component breakages. This is a challenge for most electronic components in the display, particularly the light-emitting diodes (LEDs) or organics LEDs (OLEDs) used.

LEDs and OLEDs are the ideal solutions for flexible displays because they do not require a backlight, therefore reducing the overall display depth. However, inorganic LEDs are typically rigid and inflexible, owing to the glass, ceramics or composite substrates commonly used, alongside the materials used in the emissive and conductive layers. Even when embedded or bonded onto soft polymers, they are limited in their elongation and are still susceptible to crack formation from repeated deformation.

Conversely, OLEDs are generally less rigid and can be produced in thin-film forms. The challenge, however, is developing thin-film, flexible OLEDs that can be produced cheaply whilst maintaining high efficiencies – a subject of ongoing research.

Researchers have already found that the multi-thin-film structure of many OLEDs leads to trapped photons, which means that only 20-30% of energy flow radiates outside the device.

Although flexible display products are emerging, there are still significant performance, component and material improvements yet to be realised.

For example, another critical issue with fabricating stretchable displays is the lack of elastic transparent electrodes that combine high visual transparency, good surface electrical conductivity, superior stretchability and high surface smoothness. To make stretchable electrodes that are transparent and powerful enough to maintain high optic properties, alternative materials — including carbon nanotube, graphene and conducting polymer — have been tested, although they are not yet ready for commercialisation.

Behind each good display are various electronic components, and to make the display truly malleable and pliable, circuit boards, sensors, transistors and batteries among others need to be stretchable too. Stretch sensors are already finding use in a variety of applications, from electronic textiles to robotic arms, and – a very novel idea – biomimicry of the human skin.

The primary drivers behind stretchable electronics are material synthesis, mechanical design and fabrication.

Either way, to achieve stretchable conductors, conductive components like metal nanowires, conductive carbon nanomaterials and conductive polymers are often used as fillers and arranged in an elastomer matrix, whereby materials are cross-linked. The matrix is then arranged to a desired design – wavy configuration, a fractal design or a horseshoe-shaped planar structure.

The performance and efficiency of the stretchable electronics are critical to this technology’s commercial success. For smart clothing and other wearable electronic devices, 25% stretchability is generally sufficient, and the device must maintain its performance up to the critical strain.

Two methods for producing stretchable materials have emerged in recent years. One is remote epitaxy, or the “peel and stack” method, developed by engineers at the Massachusetts Institute of Technology (MIT). Here, remote epitaxy involves growing thin films of semiconducting material on a large, thick wafer of the same material, covered in an intermediate layer of graphene – a material 200 times stronger than steel and one of the most promising semi-metals on Earth.

Any number of thin, flexible semiconducting films can then be peeled away from the graphene-covered wafer. Crucially, it’s possible to stack films made from different materials to produce flexible, multifunctional electronic devices. The essence of the MIT technology (which the organisation claims is cost-effective) depends on polarity, or charges between the atoms flowing over graphene and those in the underlying wafer.

The study conducted at MIT showed positive results, indicating that the remote epitaxy can be used to make semiconducting materials from metals in groups three and five of the periodic table, but not from group four. The reason, they found, was down to polarity.

Meanwhile, researchers in China have developed an alternative method, called a metal-polymer conductor (MPC). Instead of copper, silver and gold as the conductive metals, they used gallium and indium that are normally viscous liquids through which electricity can flow. Simply described: the MPC is “islands” of liquid metal floating in a “sea” of silicone-based polymer. The polymer network itself yields mechanically-resilient materials with enough conductivity to support functioning circuits. Researchers have tested different MPC formulations in a range of applications including wearable keyboard gloves.

Whilst methods like these work well for polymer-based stretchable electronics, there are other type materials, such as textiles, that are perfect for stretchables. Textile materials such as yarn and fabric can be interwoven with sensors, electronic circuits and conductive fibres so that signals can be transmitted across it, creating what is referred to as an e-textile.

Despite the positive benefits of stretchable technology, the next step after laboratory tests is to bring stretchable electronic devices to market. Cost is one of the key parameters, so the materials need to be made cheaper and more scaleable than other technologies.

Whatever exciting applications are in the pipeline for stretchable electronics, materials scientists and design engineers can make use of a comprehensive materials database like Matmatch to keep up to date with the latest applications, materials choices and fabrication strategies behind this fascinating new evolution in electronics.

Whilst the days of the rigid displays and semiconductor devices are not over just yet, we can at least look forward to the expanded possibilities of a more flexible future. 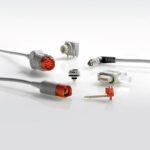 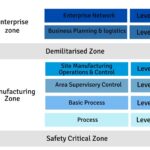 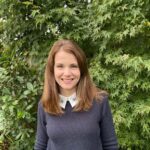 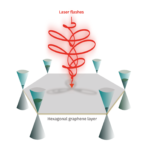