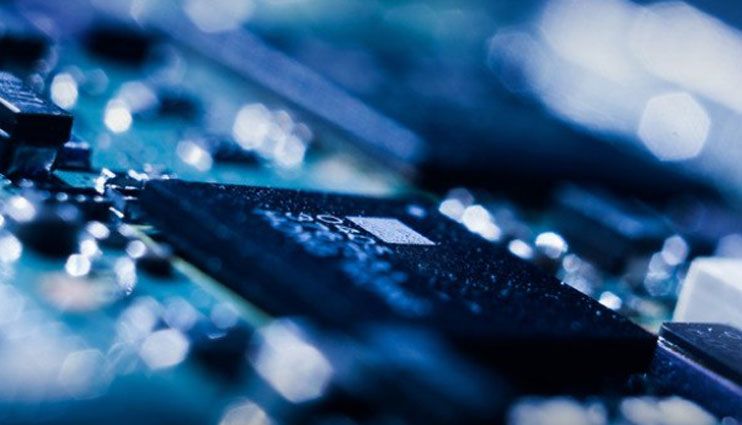 For OEM and EMS companies holding on to surplus stock, now may be the ideal time to sell.

A perfect storm of a global pandemic, trade wars, snowstorms and a factory fire have driven demand for electronic components to an unprecedented high.  The value of some excess components has skyrocketed in the last six months.  For OEM and EMS companies holding on to surplus stock, now may be the ideal time to sell.

Fluctuating shortages in electronic components since 2018 have now reached crisis levels. Over the last 12 months, a combination of factory shutdowns due to COVID-19, a boom in demand for electronic goods, the US-China trade war and extreme weather in Texas have culminated in a global chip famine.

Early last year, chip shortages rose sharply with the outbreak of COVID-19 and subsequent disruptions to supply chains. The pandemic forced many producers of raw materials and bulk electronic components to shut down their operations, leaving manufacturers unable to finish products or operate at full capacity. Many electronics companies reliant on component manufacturing and PCB assembly facilities in China, experienced severe delays to their supply chain. An IPC survey found that from mid-February 2020 around 65% of electronics manufacturers were struggling with component shortages.

While production lines gradually recovered over the course of last year, changing habits during the pandemic caused sales of electronic goods to soar. Many companies that hoped to sail out the storm after the initial impact of COVID-19 are now facing a second wave of shortages due to this growth in consumer demand.  In particular, the supply of surface mount device (SMD), multilayer ceramic capacitors (MLCCs) and SMD resistors has been severely affected, with semiconductor lines also impacted.

The automotive industries and consumer electronics have been particularly hard hit by these shortages as the popularity of electric vehicles, TVs, laptops, games consoles and 5G mobile phones has grown vastly over the past year.

For the automotive industry, there have been several challenges. Last year, there was an initial slump in car sales of up to 50 per cent, because few people were travelling anywhere and confidence in the economy was low. When demand for chips rose again, particularly for electronic vehicles, many car manufacturers found themselves at the back of the queue with their suppliers. Car manufacturers also have a disadvantage when it comes to purchasing power as they must compete with the giant consumer electronic companies. The largest players in the car industry, such as Toyota and Volkswagon spend around $4 billion each on chips per year, while Apple spends around $56 billion.

The likely impact on the car industry is evidenced by Ford’s recent announcement that its profits could be hit by $1bn to $2.5bn due to chip shortages. In January this year, it was also reported that Nissan, General Motors, Volkswagen, Fiat Chrysler, and Subaru were all confronting challenges due to chip shortages.

The consumer electronics industry has also suffered a significant blow. Over recent months, Sony, Microsoft and Samsung experienced setbacks due to shortages in the supply of semiconductors.  Microsoft is cutting back production of its Xbox Series X and Samsung is considering delaying its Galaxy Note phone. Earlier this year, a leap in popularity for Sony’s Playstation 4 saw demand outstrip supply in Japan.

Jim Ryan, president and chief executive of Sony Interactive Entertainment, is optimistic that the situation will improve by the second half of this year. He stated:

“The pace of the improvement in the supply chain will gather throughout the course of the year, so by the time we get to the second half [of 2021], you’re going to be seeing really decent numbers indeed.”

Compounding the current shortage problem is the trade war between the US and China.  China is now working on building up its own production of chips. The US is doing the same and is working with Taiwan Semiconductor Manufacturing Co (TSMC), the world’s largest chip manufacturer to build a $12 billion chip factory on its own shores. As countries gradually ramp up their own domestic supply of chips, the chip shortage crisis is likely to ease.

However, in the short term, the Renesas factory fire in Japan has further compounded the chip shortage and the woes of the automotive industry. It is likely to take at least a month before normal production can resume. This will inevitably impact on supply chains globally as Renesas has about a 30 percent share of the global market for microcontroller chips used in cars.  In the meantime, the temporary shutdowns of several plants due to extreme cold weather conditions in Texas have also taken their toll.

Although a challenging time for the electronics industry, it does bring some good news to OEMs and EMS companies storing excess components which they no longer use for production. The surge in demand and value for components offers a rare opportunity to recover most or all or their original investment, and in some cases make an additional profit.

“Today’s surge in demand for electronic components offers a golden opportunity for OEMs and EMS companies holding excess inventory to sell their components while prices are high.  Many of our customers are taking advantage of the current rise in value to recoup all or most of their original investment.  We are currently seeing customers receiving more than 10 times the value they would have received back in the Autumn of last year.”

Established in 1997. CCL is a UK provider of excess electronic component inventory solutions.

As an independent company, our experienced team give your Excess Inventory 100% of our attention 100% of the time. We don’t sit back and wait for the phone to ring; our Account Managers proactively market your stock until it is sold. We arrange all logistics and shipping so all you have to do is send us a list and pack up your excess stock ready for collection.