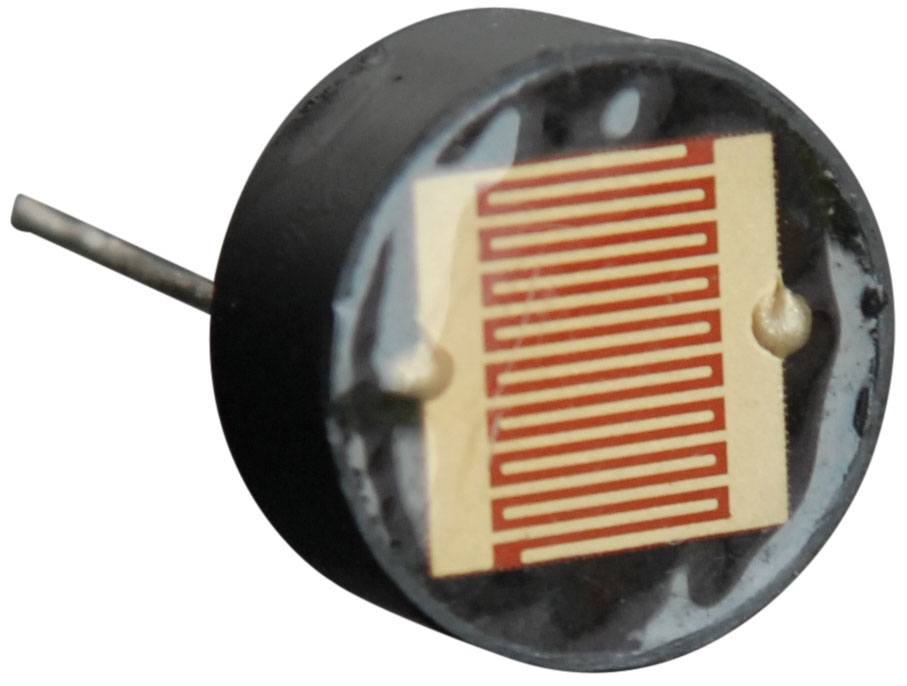 Can I measure the difference between two light sources with an instrumentation amplifier?

Yes, by replacing the main setting resistor of an instrumentation amplifier with two photoresistors.

In many lighting applications, measuring the relative intensity of two light sources is more important than measuring their individual intensity, ensuring same intensity light sources. For example, it is helpful to compare the brightness inside a control room to a second room in the same building so the adjustment can be made any time of day or night, or, in a production system, bright light conditions are kept constant.

One way to determine relative intensity is to measure the different outputs of two additional light detectors; their difference will be converted into a single-ended voltage signal with ground reference.

The circuit in Figure 1 shows a simple but effective way to solve this problem by using an instrumentation amplifier with resistor gain control, such as the AD623.

Note that in this circuit there are two special resistors, R1 and R2, where R1 (LDR1) measures the brightness of the two light sources.

The circuit in Figure 1 uses the AD623 instrumentation amplifier and two LDRs. As the main sensor, photoresistor R1 is a reference-point light source, used as a baseline for light intensity and located in the control room. If you are comparing more than two light sources, you should use this light source as a reference during every comparison, at night or during the day. Keep in mind that it takes 8-12ms for a change in resistance to take place; it also takes several seconds for the resistance to change back to its initial value.

The design is very simple. The power supplies of the system are ±5V and the voltage at both inputs is VIN. Therefore, the same voltage is on one end of each photoresistor and ground on their other end. If the same amount of light fell on both photoresistors, the current difference between them would be zero because their resistances are equal, making the output voltage zero volts.

When the two rooms are not equally illuminated, there is a difference between the intensities of the two light sources, which creates a voltage at the output of the system. The polarity of this voltage indicates which room is brighter. If the output voltage is positive, this means more light has fallen on LDR2, and vice versa.

Figure 3 shows a scope plot of the output waveform. With the input voltage a 1Vp-p square wave at a frequency of 1kHz, the output (about 2V) indicates that the light source in the second room is brighter.

When both rooms appear equally bright, their illuminance is equal and the output is 0V while both LEDs are off.

The voltage at the output of the circuit is:

The rms value of the output is the intensity level of the two light sources.

This type circuit can be a solar seeker – a simple device that tracks a light source. Such a device can keep solar panels aligned with the Sun or can be used in search-and-rescue robots that guide trapped people toward light.

To implement the solar seeker, a servo motor that rotates the photoresistors can be used.

Using AD623, one can find out the efficiency of two light bulbs by putting them in the different rooms together with LDR1 and LDR2, respectively. This circuit has low power consumption and can be powered just by two AA batteries, which is useful in power-sensitive applications.