The Interconnect Technology Suppliers Association is seeking to grow its membership 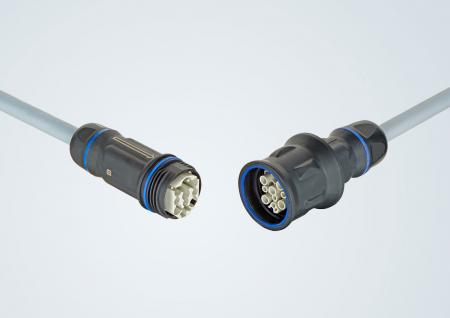 The Interconnect Technology Suppliers Association, or ITSA, is currently an 18-member-strong not-for-profit organisation, now looking to strengthen its ranks with new members.

There are two levels of membership, full and associate, with the first group enjoying all the benefits this organisation can offer, ranging from quarterly statistics and summaries about the UK connector market developed by an in-house analyst, to sharing of non-confidential data, and networking and collaboration opportunities. The association claims being a member helps companies review their own market development and strategy, equipping their businesses better.

ITSA is the only dedicated trade industry body for interconnect technology companies operating in the UK.

“We want to become a recognised voice of the industry in the UK. Our current membership reflects some 22-24% of the UK market, we’d like to grow this to 30% or over by the end of the year, by gaining new members – we would definitely like to work with Amphenol, Molex, AB Connectors, and others,” added Biggs.

ITSA was originally formed in 2008 as the British Connector Manufacturers Association (BCMA); it rebranded in 2017. It already has a presence on a number of standards bodies, aiming to influence current and future changes to standards affecting the interconnect industry. It is involved with several standards and compliance committees, including the RoHS Umbrella group and the RoHs directive – an EU directive. Although representing a UK membership, post Brexit the association does not foresee departing on important directives and legislation created under the EU banner.

“It will be foolish to throw the baby out with the bathwater [regarding EU directives such as RoHs, for example]. We worked very strongly with the EU to get thus far,” said Biggs.

The association is also looking out for its members by attracting new engineers to the interconnect industry.

“Connectors are not seen as sexy, yet they are in almost everything we use, and the younger generations don’t realise this,” said Biggs. “We need to find ways to encourage them to this industry.”

Among its current full members ITSA boasts Harting, Harwin, LEMO, Telegartner, Binder, Cliff, and nine more, with further three firms as associate members, who get limited access to ITSA’s benefits, such as featuring on its website and acting as their “industry conduit”.